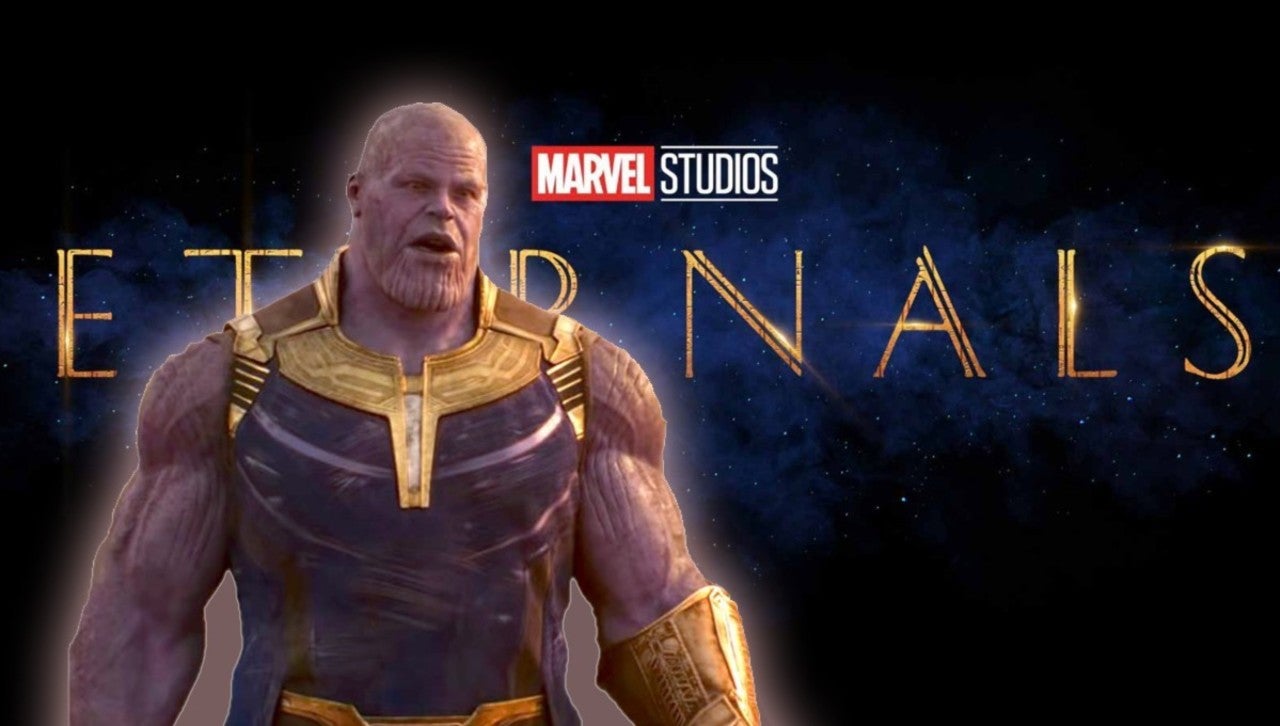 In the pages of Marvel Comics fans have known there was a connection between The Eternals and the “Mad Titan” Thanos, who was born of parents that were Eternals but who looked closer in appearance to one of the Deviants (planting the seeds for his evil-doing). Having had five appearances in the Marvel Cinematic Universe before the Eternals have even made their big screen debut it’s been unclear if there will be any connection between them in the MCU. A new piece of merch for the Chloe Zhao-directed film could indicate one exists as you can see below.

As noticed by @Eternalsupdate, a 16-month calendar for the movie features a quick blurb in its product description that reads: “Living on Saturn’s moon, Titan, The Eternals protect earth from The Deviants–and all other forms of cosmic evil.” Though this promo seems to allude to Thanos and The Eternals having some connection in the movies, it’s possible that the text in this description is pulled from other sources and not from Marvel Studios‘ licensing department. The biggest giveaway is that Titan is a planet in the MCU and not one of the moons of Saturn.

Living on Saturn’s moon, TITAN, the Eternals protect Earth from the Deviants–and all other forms of cosmic evil… pic.twitter.com/S2c9bSlqMK

The potential inaccuracy of this listing aside, rumors of a Thanos appearance likely won’t subside. Thanos co-creator Jim Starlin previously told ComicBook.com’s Phase Zero podcast (available now on Apple Podcasts and Spotify), was asked if he thinks Marvel Studios would be wise to bring Thanos back into another project, saying he’s heard he’s in the film.

“I think they are (going to use the character),” Starlin said. “They made a truck of money off of and I believe I’ve heard some rumors that he’s coming back in different things. The first I think I’ve heard confirmed from Marvel Studios, he’s going to be in at least a guest appearance inside the Eternals. So he’s going to be around…I heard this myself. This is something I read somewhere.”

With Juneteenth, Federal Employees Now Get 44 Paid Days Off On Average