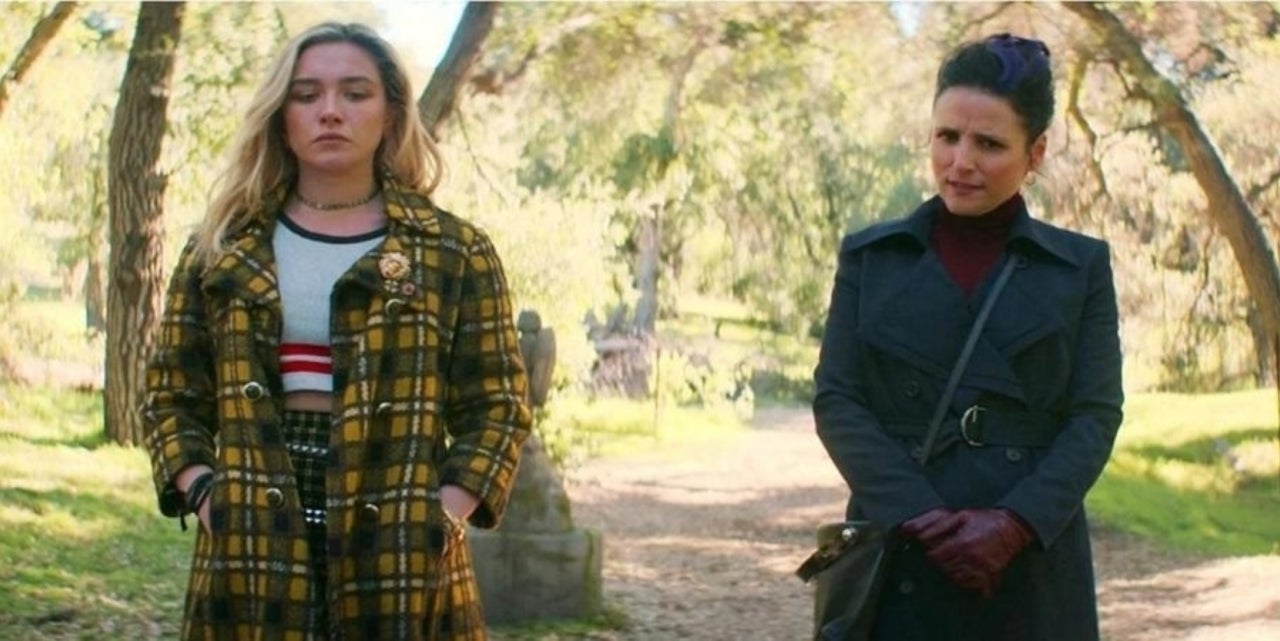 If you think you’ve seen the last of Julia Louis-Dreyfus in the Marvel Cinematic Universe, think again. After appearances in both The Falcon and the Winter Soldier and Black Widow, Louis-Drefyus’ Contessa Valentina Allegra de Fontaine time in the franchise is just getting started. In typical Marvel Studios fashion, Kevin Feige won’t confirm where Dreyfus will pop up next, though the producer did take to one recent episode of the D23 Inside Disney podcast to tease the actor’s MCU future.

“She’s doing something. Yes she is,” Feige teased. “She seems to be in recruitment modes. Does Yelena already work for her? They seem to have a connection at that point, yes.”

The beloved producer went on to rave about Dreyfus’ performance, saying the whole franchise is that much better simply because she’s part of it.

“And the future is bright for the MCU because Julia is in it. We are gigantic fans of hers at Marvel,” Feige added. “We had a general meeting with her many years ago, Louis D’ Esposito and I really just geeked out that we were even meeting her because she’s such an icon, and we’re very big Seinfeld nerds at Marvel Studios.”

He continued, “So the notion of bringing her into the world was always something, if we could find the right thing, was something we wanted to do. And when this role came about and the opportunity to have her in [Black Widow], and [The Falcon and the Winter Soldier], and maybe in some other things coming up.”

In Black Widow, de Fontaine can be seen working with Yelena Belova (Florence Pugh) on a “hit” contract involving Jeremy Renner’s Clint Barton. In The Falcon and the Winter Soldier, de Fontaine swoops in and recruits the disgraced John Walker (Wyatt Russell) for her cause, whatever it may be. Some have suspected she’s busy forming the Thunderbolts while others suggest a live-action version of the Dark Avengers could be on the way in the immediate future of the MCU.

Both The Falcon and the Winter Soldier and Black Widow are now streaming on Disney+.

What did you think of The Falcon and the Winter Soldier? Let us know your thoughts either in the comments section or by hitting our writer @AdamBarnhardt up on Twitter to chat all things MCU!