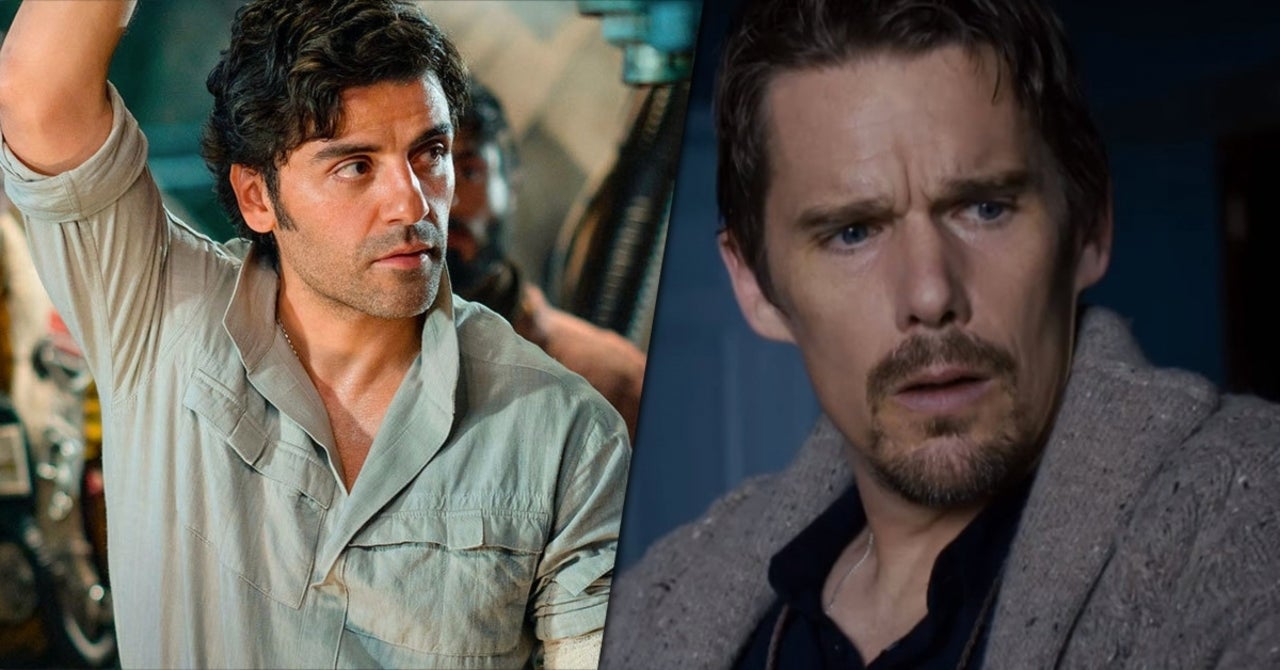 Moon Knight fans are absolutely jazzed after Oscar Issac and Ethan Hawke were spotted in a brand new photo from filming. On Mate Szabi’s Instagram, you can see the two actors posted up outside of a fence. Now, there are no costumes or anything in the images, but they’re hard at work on the Disney+ series. The creator was too amped up to share a moment with them. Fans couldn’t believe this kind of luck, and it would seem there was a reason for skepticism. YouTube fans should look forward to whatever project is coming down the pipe. People desperately want to know who Hawke is playing in this film. A lot of people have speculated that he could be Dracula but nothing has been confirmed just yet. As the months stretch on, there will be a trailer and a formal announcement. But, for now, these small tidbits are the only thing that anyone has to go on. Check out what Szabi had to say down below:

He wrote, “Do you think they just show up on Lake Balaton by accident while filming a new Marvel series? You don’t mean that, do you? From here, cooking together, tasting together and great decipherments, meeting cultures, so all that kind of fun and not just on Youtube! @ethanhawke Oscar Isaac Thanks @netflix”

Earlier in 2021, Hawke said that he was particularly intrigued by Moon Knight because it was a lesser-known property. That gives you a ton more wiggle room when it comes to adapting a story.

“To be honest, I love the fact that Moon Knight is a lesser-known story and allows more creative freedom,” Hawke explained when asked about the Disney+ series. “The director is Mohammed Diab and he’s a brilliant guy. A lot of it is Oscar, to me, to be honest with you,” Hawke continued. “I find him to be a very exciting player in my field. I like what he’s doing with his life. He reminds me of the actors, when I first arrived at New York, that I looked up to. Oscar’s younger than me, and I like the way he carries himself, and I like the way he thinks. And in general, good things happen when you’re in the room with people that you like the way they think, right?”

Moon Knight will debut exclusively on Disney+. If you haven’t signed up for Disney+ yet, you can try it out here.

Who do you think Hawke is playing in Moon Knight? Let us know in the comments!