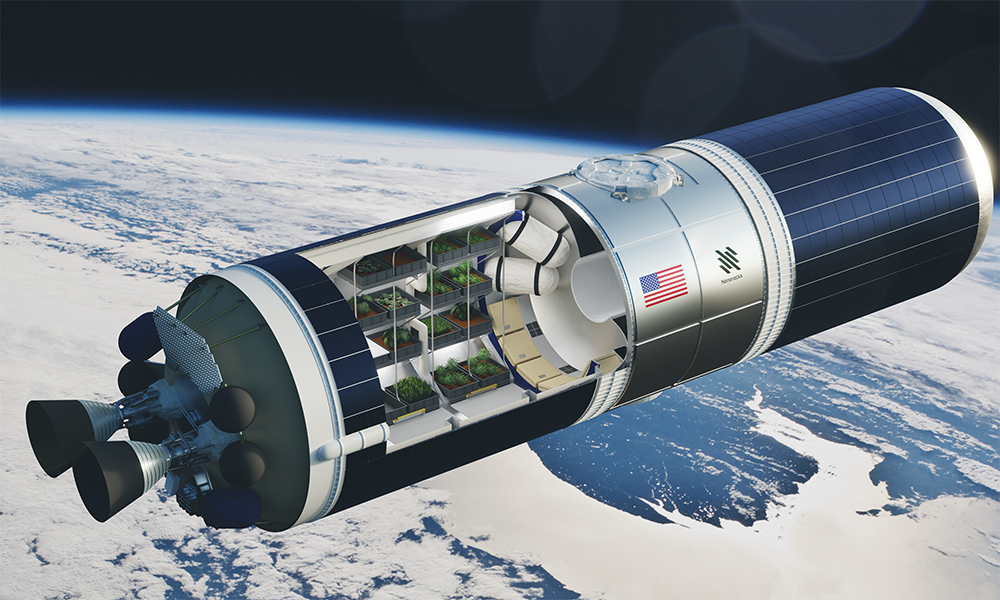 High-tech solar greenhouses inspired by technology developed for missions to the moon and Mars could soon grow food in Arabian deserts and in Earth orbit, according to the space services company Nanoracks.

Nanoracks, known for deploying small satellites from the International Space Station, has just set up a spinoff in the United Arab Emirates (UAE) called StarLab Oasis. The new company, supported by the government of the desert-covered state, which imports 90% of its food, will open its first experimental greenhouse in 2022, the company’s general manager Allen Herbert told Space.com.

In addition, the company’s scientists will send seeds to space to induce mutations in the hopes of creating new, more resilient and productive varieties of key agricultural crops. This technique, also known as space mutagenesis, has been successfully used in China for more than three decades.

China is currently the only country in the world with a space breeding program that delivers benefits for the country’s residents. China has been sending seeds for trips to space, a few weeks long, since the late 1980s. In 2006, it launched its Shijian-8 satellite which orbited and returned to Earth 470 pounds (215 kilograms) of vegetable, fruit and grain seeds.

More than 200 space-mutated crop varieties with improved yields, environmental resilience and disease resistance have been approved by agriculture regulators in China since the 1990s including the country’s second most grown wheat variety, Luyuan 502.

“A great amount of the world’s sustainable and economically efficient food production will one day come from deserts, harsh environments and off Earth,” Herbert said. “The reason for that is the abundance of renewable solar energy. I believe that thanks to the technology that we develop, we will be able to grow plants more efficiently in deserts and in space because of the available energy.”

The progressing effects of climate change may make larger and larger swaths of the planet’s arable land vulnerable to unpredictable weather. At the same time, global space agencies are looking into technology that could sustainably grow food in places far more inhospitable than the Earth, like the moon, Mars or other celestial bodies with freezing temperatures, no atmosphere and little liquid water. StarLab Oasis wants to harness and commercialize these developments to help turn countries that currently cannot feed their populations without international help into self-sufficient producers.

“Abu Dhabi is investing a lot into research and development of agricultural technologies,” Herbert said. “The issue has more of an urgency for them than it has, for example, for the U.S. or U.K, who import much less food.”

This urgency, Herbert added, extends to the entire Middle Eastern region, as well as Africa and South Asia. StarLab Oasis, which is directly supported by the Abu Dhabi Investment Office (ADIO), hopes that its space-inspired greenhouses and new more resilient crop varieties will help transform agriculture across many regions that currently rely on food imports.

“By the year 2100, two thirds of the world’s population are expected to live in those regions,” Herbert said. “What we’re doing now in terms of food security is really, really important. We are really excited about our work because we believe that Abu Dhabi will become an important hub for that.”

Nanoracks has previously flown plant seeds to the International Space Station, including palm tree seeds selected by the UAE Space Agency in 2019. These seeds are currently being studied by researchers at the UAE University, Herbert said.

Last year, Nanoracks expanded its footprint at the International Space Station with the Bishop airlock, which can pass five times more payload in and out of the station than the Nanoracks CubeSat Deployer located in the Japanese Experiment Module that the company currently uses.

Nanoracks is also working on technology that would turn spent rocket stages into miniature space stations. First of these stations might start operating in 2024 and it’s quite likely that some of them will serve as StarLab Oasis’s orbiting greenhouses, Herbert said.

John Kerry’s Sales Pitch to Save the Planet