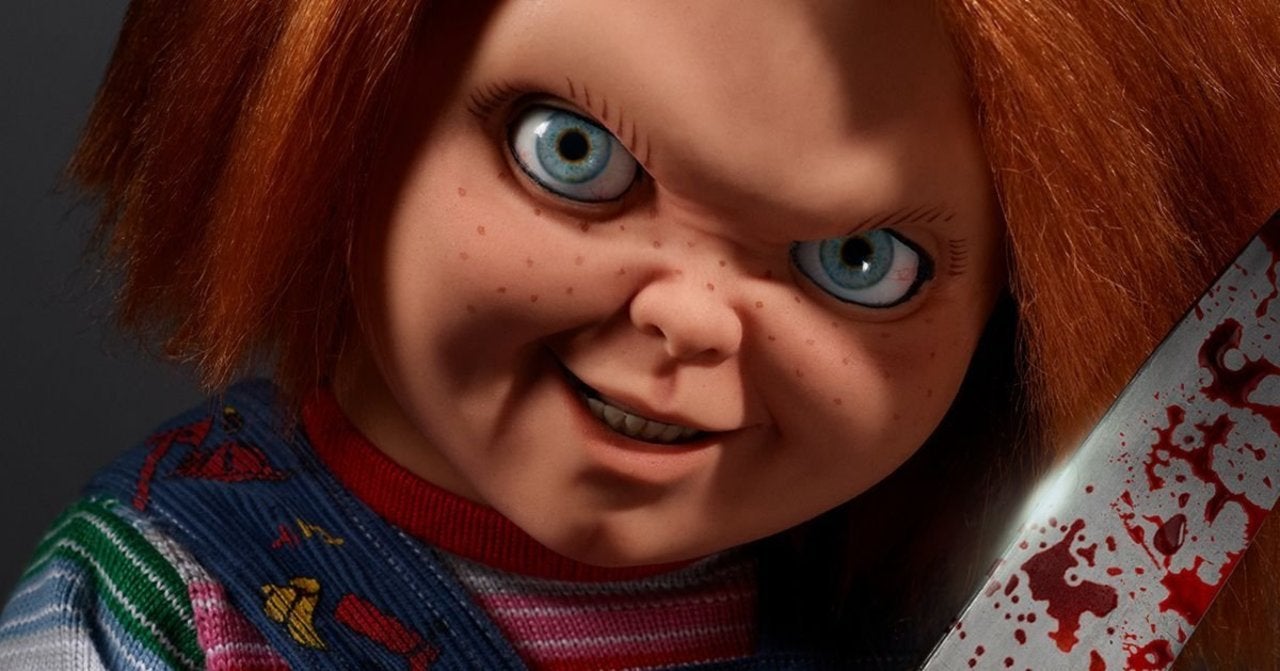 After the first teaser of footage was released earlier today, SYFY has debuted an official poster for the new Chucky TV series. The upcoming show will tell an all-new story but also pick up from the events of the seven movie TV series (not counting 2019’s Child’s Play reboot which is non-canon) featuring new cast members and familiar faces. Speaking in a new interview about the show, franchise creator Don Mancini opened up about the look for the killer doll in the show, revealing that the design used in the original series is influenced specifically on how Chucky appeared in one of the fan-favorite sequels.

“Over the years, I’ve heard that the consensus fan favorite among all the movies is Child’s Play 2,” Mancini tells Entertainment Weekly. “I think one of the reasons for that is how Chucky looked in that movie and how the late director John Lafia, who passed away last year, shot Chucky. Our goal with the series was to bring Chucky’s look precisely back to that. Tony Gardner and Peter Chevako (special effects artists responsible for creating the show’s puppets) have done a great job. I think fans are really going to love that.”

Mancini also confirmed that the narrative carrying over from the films and into the show would have major “ramifications” on the plot and result in a major showdown when the new cast and the old cast come together. He also confirmed that in addition to potentially more seasons of the show plans are already in motion for the series to make more movies and have them all being released at the same time.

Did you miss him? 👀 #Chucky premieres October 12 on @USA_Network and @SYFY. pic.twitter.com/WhOmPUAiv1

“We have plans to do that, whether in lieu of additional seasons of the series, or in tandem with [them], potentially,” Mancini added. “We’re creating a broader Chucky universe with the TV series that now could span over different media.”

The official synopsis for the Chucky TV series reads, “After a vintage Chucky doll turns up at a suburban yard sale, an idyllic American town is thrown into chaos as a series of horrifying murders begin to expose the town’s hypocrisies and secrets. Meanwhile, the arrival of enemies and allies from Chucky’s past threatens to expose the truth behind the killings, as well as the demon doll’s untold origins as a seemingly ordinary child who somehow became this notorious monster.”

Chucky will premiere this Fall on SYFY and USA Network with the first episode dropping on October 12.