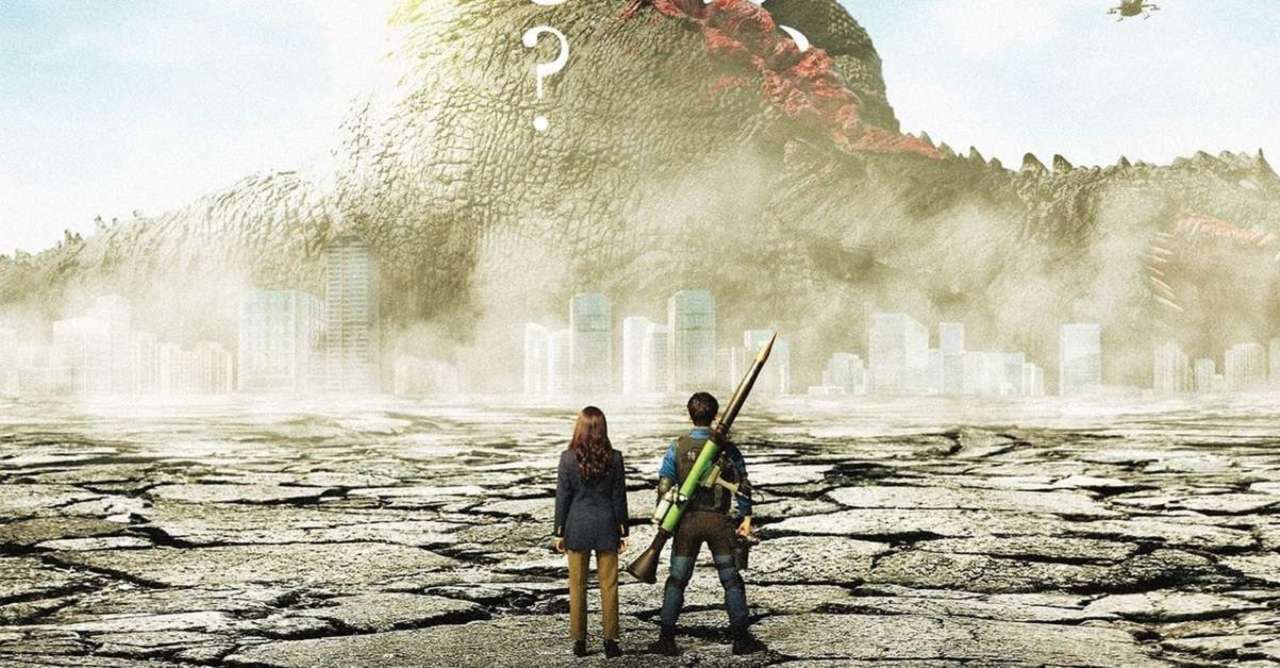 Godzilla has taken the world by storm in both movie theaters with Godzilla Vs. Kong and on the small screen with Netflix’s Godzilla: Singular Point, but a new film in Japan has released a trailer that presents audiences with the question, “What should be done with Godzilla if he dies?” Daikaijyu no Atoshimatsu is set to arrive in 2022, introducing a brand new concept that sees society overcoming a giant monster attack but now having to deal with the giant corpse that was left behind and the problems that spawn from a giant lizard’s body baking in the sun.

While Legendary Pictures MonsterVerse has mostly focused on the world being plagued by giant monster attacks, this new film takes a page from the likes of Shin Godzilla, exploring different avenues of humanity and society when threatened with a lizard that is tearing its way across the countryside. While Godzilla himself isn’t the actual monster in Daikaijyu no Atoshimatsu, it’s clear that the film that is being produced by both Toei and Shochiku is looking to explore an interesting new concept with a kaiju that bears more than a few striking similarities to the current king of the monsters who has had a big year in 2021 so far.

Kaiju News Outlet shared the new teaser trailer for Daikaijyu no Atoshimatsu which explores a world that is dealing with one of the strangest aspects of a kaiju attack and what mankind needs to do with a large lizard body that still looms over the city even in death:

The first teaser trailer for ‘Daikaijyu no Atoshimatsu’ has been released. The new film will follow the death of a kaiju that was attacking a city and the unique threats that the corpse presents. pic.twitter.com/29HvPsf2sS

The official description for this upcoming unique kaiju film reads as such:

“A large monster attacks Japan but dies suddenly. It’s only a matter of time that a gas explosion will take place from the carcass of the monster, which could cause the country to collapse. Arata Tatewaki (Ryosuke Yamada) is assigned to lead a special force team into the critical area. Yukino Amane (Tao Tsuchiya) appears in front of Arata Tatewaki. She is the secretary to the environment minister and also the ex-fiancee of Arata Tatewaki.”

While no news has been released about a North American release date as of yet, we’ll keep you posted when it comes to this upcoming kaiju film.

Are you interested in this upcoming giant monster movie? Feel free to let us know in the comments or hit me up directly on Twitter @EVComedy to talk all things comics, anime, and the world of kaiju.