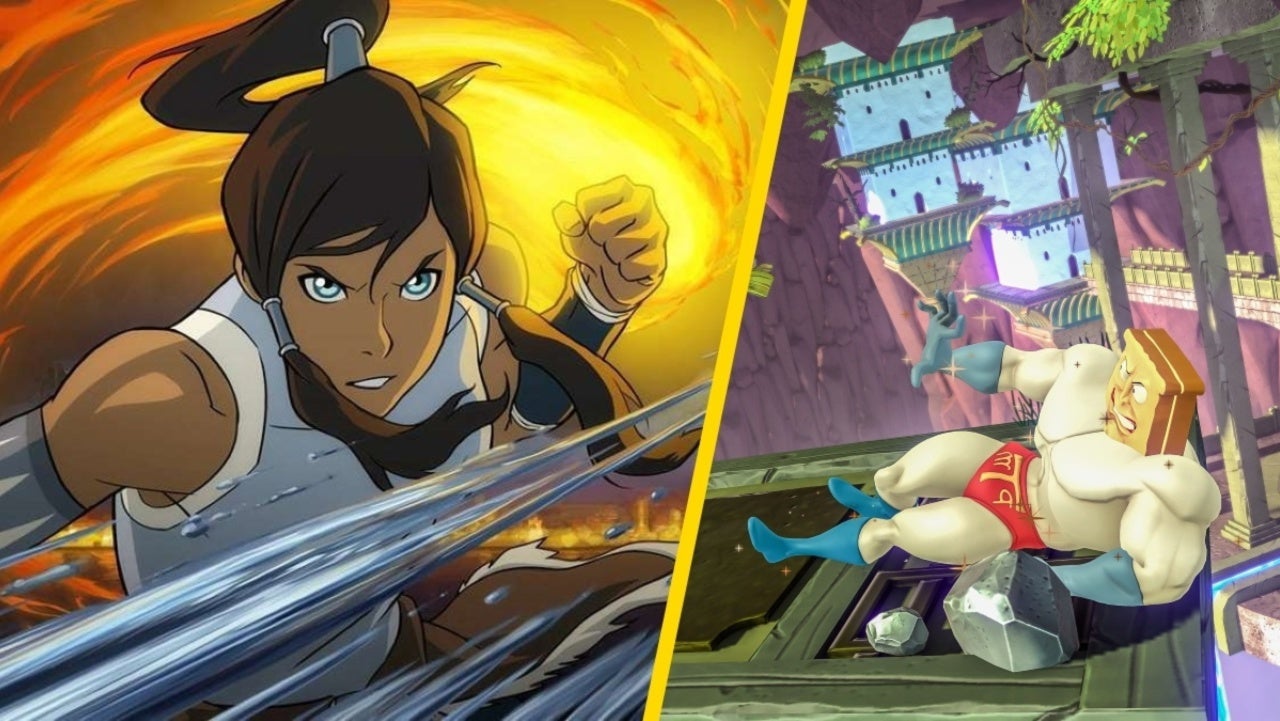 Could The Legend of Korra‘s eponymous protagonist Korra feature in the new Super Smash Bros.-like video game Nickelodeon All-Star Brawl? In case you missed it, the video game developed by Ludosity Games and Fair Play Labs and published by GameMill Entertainment was announced earlier this week for release this fall, and it features a whole bunch of characters from Nickelodeon properties like SpongeBob SquarePants and Hey Arnold!‘s Helga Pataki duking it out. And while Korra does not feature in the trailer or any of the screenshots, some placeholder box art surfaced online for the title that featured her unmistakable silhouette.

The box art was previously visible in the product listing over on Target, though it has since been replaced with placeholder box art that does not feature any of the shadows. Another unmistakable silhouette on the original box art is that of CatDog, who was also not present in the trailer or screenshots. Whether it was simply a mistake or intentionally pulled to stop folks from poring over it for unrevealed fighters remains to be seen. It certainly would not be the first time that Korra has featured in a video game as Nickelodeon has licensed a number of different video games over the year.

You can take a look at the original placeholder box art below:

On Target’s Website it shows the boxart and you can make out some characters like Catdog and Ren and Stimpy https://t.co/BfOzUTYlpg pic.twitter.com/FT10xBewMa

As far as officially known details, the video game will include playable characters from SpongeBob SquarePants, Teenage Mutant Ninja Turtles, Hey Arnold!, Invader Zim, Danny Phantom, The Loud House, Aaahh!!! Real Monsters, Rugrats, and more. It will include 20 Nickelodeon-themed levels, single-player and multiplayer modes, and bonus content in the form of unlockable advanced unique moves and an in-game gallery.

As noted above, Nickelodeon All-Star Brawl is set to release for the PlayStation 5, PlayStation 4, Xbox Series X|S, Xbox One, and Nintendo Switch in Fall 2021. It seems likely that even more fighters will join the roster prior to it officially releasing. You can check out all of our previous coverage of Nickelodeon right here.

What do you think about the mysterious box art tease? Could Korra really make an appearance in the brawler? Let us know in the comments, or feel free to reach out and hit me up directly over on Twitter at @rollinbishop to talk about all things gaming and animation!