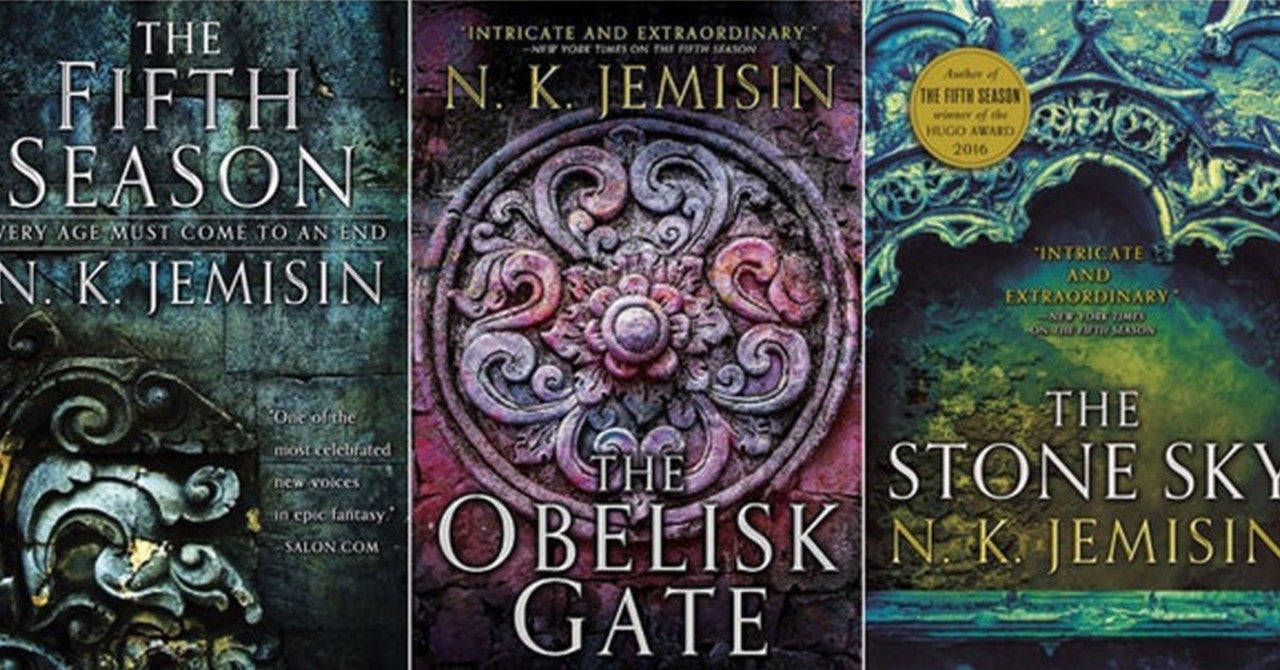 Sony Pictures Entertainment is heading to the world of The Broken Earth, and it’s enlisted author and series creator N.K. Jemisin to adapt the series into film for TriStar Pictures (via Deadline). TriStar Pictures came out of a bidding battle victorious to bring the popular science fiction trilogy to the big screen, and Jemisin will adapt all of her books to film, including The Fifth Season, The Obelisk Gate, and The Stone Sky. Each entry in the series won the Hugo Award for Best Novel, and VP of Creative Production Shary Shirazi and Creative Executive Rikki Jarrett will oversee the project for TriStar Pictures.

Jemisin, who also writes the equally excellent Far Sector for DC Comics, took to social media to talk about the project, writing “Sssssso, folks have been asking me for updates on the Broken Earth tv/film adaptation for a while, and I haven’t been able to say anything… because a lot’s been happening. But at last, I can share.” She also added “Please also note: ‘The author will adapt the books herself.'”

Sssssso, folks have been asking me for updates on the Broken Earth tv/film adaptation for a while, and I haven’t been able to say anything… because a lot’s been happening. But at last, I can share: https://t.co/D9F9nDtN96

For those unfamiliar, The Broken Earth is a series based on a continent called the Stillness, which takes place on a future Earth, and the people that live there continually deal with seasonal apocalytpic events that shake the world. It’s then up to orogenes to rebuild, who have the ability to utilize powerful magics that come from the Earth itself and are part of an order known as the Guardians.

The world is set in The Fifth Season, which reveals the fall of Sanze and the splitting of the continent, and intertwined with all of that is a very personal story of a mother dealing with traumatic loss as she searches for her daughter.

You can read the official description for The Fifth Season below.

“This is the way the world ends. Again.

Three terrible things happen in a single day. Essun, a woman living an ordinary life in a small town, comes home to find that her husband has brutally murdered their son and kidnapped their daughter. Meanwhile, mighty Sanze — the world-spanning empire whose innovations have been civilization’s bedrock for a thousand years — collapses as most of its citizens are murdered to serve a madman’s vengeance. And worst of all, across the heart of the vast continent known as the Stillness, a great red rift has been torn into the heart of the earth, spewing ash enough to darken the sky for years. Or centuries.

Now Essun must pursue the wreckage of her family through a deadly, dying land. Without sunlight, clean water, or arable land, and with limited stockpiles of supplies, there will be war all across the Stillness: a battle royale of nations not for power or territory, but simply for the basic resources necessary to get through the long dark night. Essun does not care if the world falls apart around her. She’ll break it herself, if she must, to save her daughter.”

You can read The Broken Earth saga now, and there is currently no release date for Sony‘s movie adaptations.

Are you excited for The Broken Earth saga heading to the big screen? Let us know in the comments!