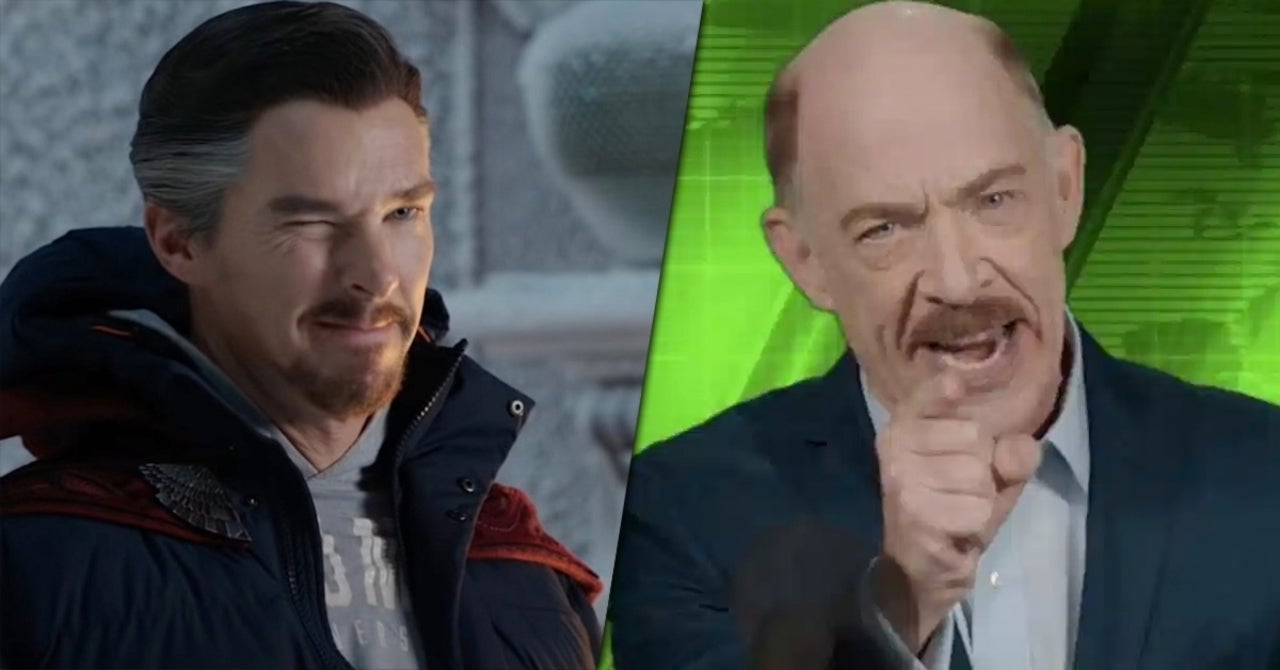 Days after Sony finally released the initial teaser trailer for Spider-Man: No Way Home, Hasbro has also unveiled the film’s accompanying Marvel Legends wave. In total, six action figures make up the line — two separate No Way Home Spider-Man suits, Benedict Cumberbatch‘s Dr. Strange, J. Jonah Jameson (JK Simmons), and three comics figures. It’s this packaging that reveals a just a little more information about what both Strange and Jameson will be up to during the MCU-based threequel.

“Behind the anchor desk on The Daily Bugle web site, Jameson does everything he can to sling mud at his greatest adversary — Spider-Man,” the packaging reads on the Jameson action figure.

The packaging for Strange’s figure adds, “Possessing vast magical knowledge and skills to call upon, Earth’s Master of the Mystic Arts steps onto the battlefield.”

You can pre-order the entire line of figures — including comic-accurate designs of Miles Morales, Morlun, and Shriek — here.

On the toys front, it’s incredibly likely the movie will get a second wave of Marvel Legends figures at some point after the movie debuts. The teaser confirmed the return of Alfred Molina’s Doc Ock, and anyone from Electro (Jamie Foxx) to Daredevil (Charlie Cox) has been rumored to appear at some point throughout the feature.

“When we were shooting it, we were all under orders not to talk about it, because it was supposed to be some great big secret,” Molina previously said of his involvement in the movie. “But, you know, it’s all over the internet. I actually described myself as the worst kept secret in Hollywood!”

He added, “It was wonderful. It was very interesting going back after 17 years to play the same role, given that in the intervening years, I now have two chins, a wattle, crow’s feet and a slightly a slightly dodgy lower back.”

The movie’s latest synopsis can be found below.

“For the first time in the cinematic history of Spider-Man, our friendly neighborhood hero is unmasked and no longer able to separate his normal life from the high-stakes of being a Super Hero. When he asks for help from Doctor Strange the stakes become even more dangerous, forcing him to discover what it truly means to be Spider-Man.”

Spider-Man: No Way Home is set for release on December 17th. What other Spidey-family characters do you think will end up appearing in the upcoming feature? Let us know your thoughts either in the comments section or by hitting our writer @AdamBarnhardt up on Twitter to chat all things MCU!