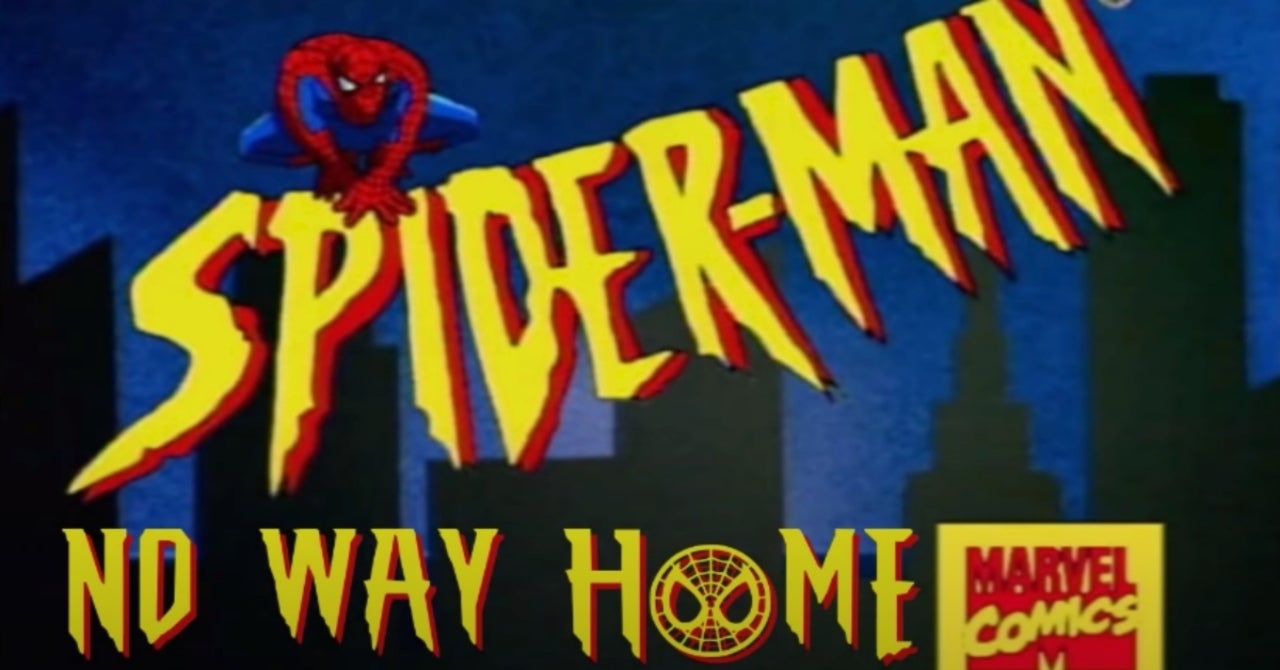 The Spider-Man: No Way Home trailer gets a cartoon remake using footage from the ’90s animated series, where the radioactive superhero (voice of Christopher Daniel Barnes) summons Stephen Strange (John Vernon) for help. The first trailer, which shattered the all-time viewership record set by Avengers: Endgame in its first 24 hours online, teases multiversal madness when Spider-Man (Tom Holland) asks Doctor Strange (Benedict Cumberbatch) to undo Mysterio’s (Jake Gyllenhaal) identity reveal that ended Far From Home. Only a magic spell can make the world forget that the unmasked Peter Parker is Spider-Man, but it comes with a warning: be careful what you wish for, Parker.

A fan-made remake by 100Bombs Studios is going viral on YouTube, where the “Spider-Man: No Way Home Trailer (90s Cartoon Style)” has racked up more than 350,000 views since going live on August 25. The same channel previously made viral recreations of trailers for Avengers: Endgame and Zack Snyder’s Justice League.

The Spider-Man of the Marvel Cinematic Universe — now the Marvel Cinematic Multiverse — is also expected to swing into action with variant versions of himself when multiversal villains like Doctor Octopus (Spider-Man 2‘s Alfred Molina) and Electro (The Amazing Spider-Man 2‘s Jamie Foxx) wreak havoc in this dimension. It’s rumored that Tobey Maguire and Andrew Garfield will both reprise their roles as the Spider-Men of other dimensions caught in the web of Sony’s Spider-Man Universe.

For the first time in the cinematic history of Spider-Man, our friendly neighborhood hero is unmasked and no longer able to separate his normal life from the high-stakes of being a Super Hero. When he asks for help from Doctor Strange the stakes become even more dangerous, forcing him to discover what it truly means to be Spider-Man.