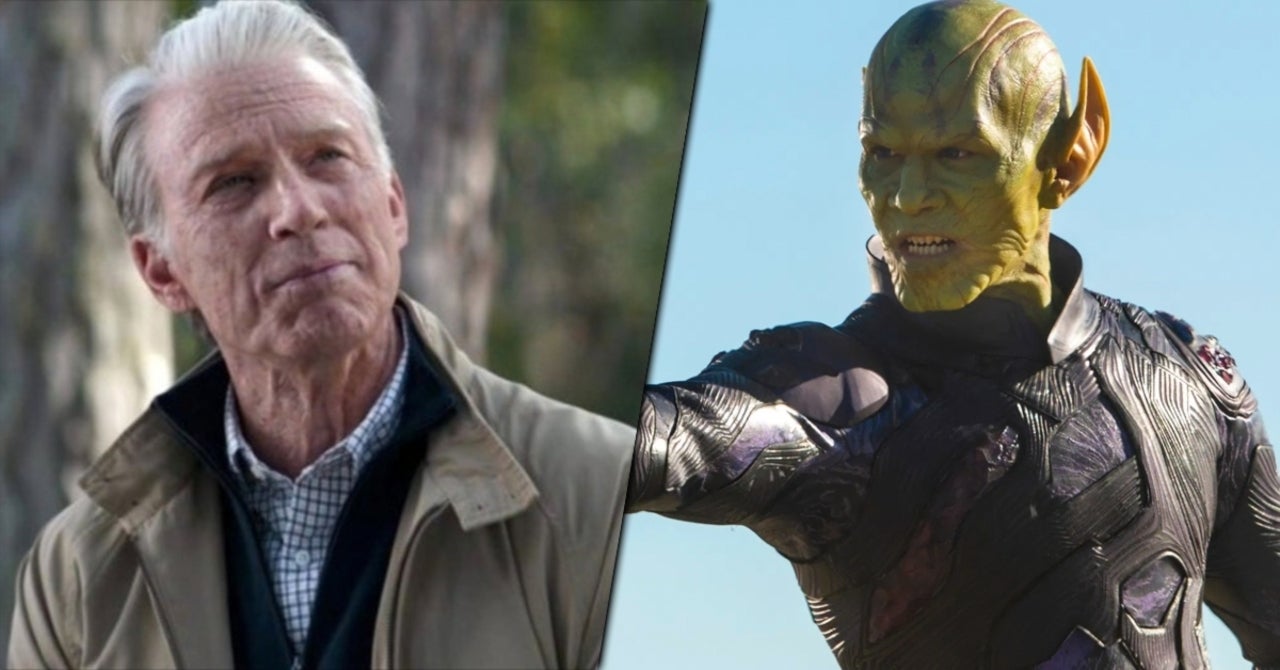 Thanks to the events of Captain Marvel, Skrulls have officially invaded the Marvel Cinematic Universe. Judging by the timeline of the cinematic world, the shape-shifting aliens have essentially been a part of it since the very beginning, some 12 years prior to the events of Iron Man. Because of the time the group has already spent in the MCU, it’s opened up all sorts of new possibilities for those who write for Marvel Studios. Eventually, one might think the group would pull the ultimate bamboozle and bring back a character from the dead.

There’s always been a popular theory of Rogers (Chris Evans) being a Skrull for a number of reasons. Like we’ll explain in-depth in another piece in support of Loki later in the week, this version of Captain Americaessentially destroyed the regular timeline in order for his own personal satisfaction, a move most believe uncharacteristic of the character.

Then there’s the idea of Evans being in the running to return to the character at one point in the future. Both the actor and studio head Kevin Feige have both shot down rumors of Evans’ return, but that’s something pretty on-brand for the outfit. After all, Tatiana Maslany vehemently denied her role in She-Hulk just weeks before Feige officially confirmed the actor’s role. Should he return, it’d stand to reason he wouldn’t want to do a whole project as Old Man Cap, so he’d need to be aged-back down prior to that certain plot thread took effect.

For whatever reason, maybe the “Old Man Cap” we saw in Endgame was a Skrull posing as the beloved Avenger, so that the real Rogers could carry on incognito missions elsewhere. Perhaps he’s the MCU’s Man on the Wall or maybe he’s actually on the Moon, and we’ll find out more in Disney+’s Secret Invasion when it releases next year.

Either way, sooner or later, some characters will likely be unveiled as Skrulls. It might be a minute or two, but it increasingly feels as if it’s a matter of when not if.

What characters do you think could be Skrulls? Let us know your thoughts either in the comments section or by hitting our writer @AdamBarnhardt up on Twitter to chat all things MCU!

Avengers: Endgame is now streaming on Disney+. If you haven’t signed up for Disney+ yet, you can try it out here. Note: If you purchase one of the awesome, independently chosen products featured here, we may earn a small commission from the retailer. Thank you for your support.