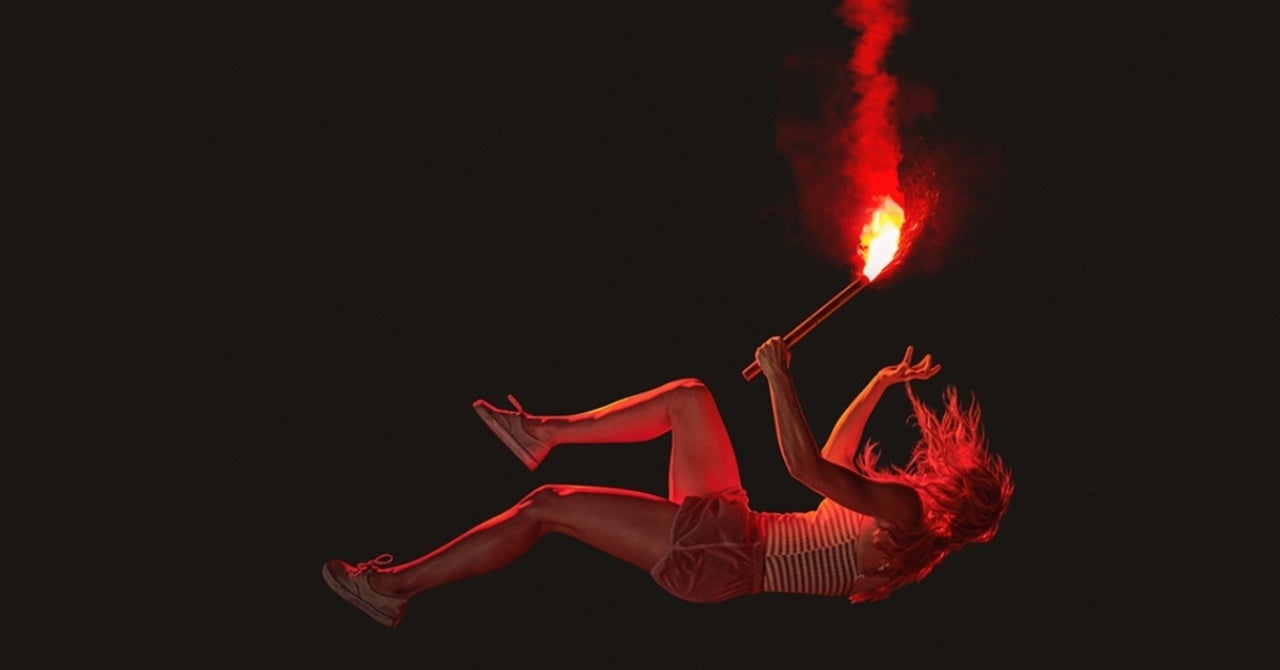 The mindset of “the children are our future” has permeated our culture for decades, with countless pieces of media being built around idealizing the youth of a particular era. The past few years have arguably shown — with countless young people championing causes they believe in and making real social change — that a lot of times, the youth are often left to make their own future, even if it means breaking some age-old societal norms along the way. That thinking permeates a lot of the experience of watching the first season of Panic, a live-action series that makes its debut on Amazon Prime this weekend. Despite its source material — a 2014 young-adult novel by Before I Fall author Lauren Oliver — being close to a decade old, Panic feels incredibly prescient for our current moment, while still delivering a genre-bending, heart-racing, and unbelievably earnest story.

Set in the small town of Carp, Texas, Panic surrounds a series of challenges that the town’s graduating seniors have competed in for years, in hopes of earning enough money to escape their current circumstances. After last year’s games ended in a mysterious tragedy, the stakes are upped significantly, as is the pot of money that can be won. The series follows the various seniors as they compete, whether for an opportunity to escape, or an opportunity for revenge. These include best friends Heather Nill (Olivia Welch) and Natalie Williams (Jessica Sula), both of whom dream of leaving Carp and pursuing their passions, Dodge Mason (Mike Faist), a new kid in town with a mysterious secret, and Ray Hall (Ray Nicholson), a town troublemaker who is much more than meets the eye.

While that concept could hypothetically lend itself to a more high-fantasy set-up, the world of Panic feels refreshingly rooted in reality without ever skimping on the narrative spectacle. A lot of that might be thanks to Oliver’s own involvement in the series, as she also serves as showrunner, executive producer, and writer of all the episodes. It’s a behind-the-scenes decision that pays off in countless ways on-screen, with an authentic approach to every scene that will keep viewers invested in the series. The dialogue flows with the snappy energy of a YA novel without ever veering towards being cheesy, and as a result, almost every long-kept secret or bit of character development ends up being captivating. At a certain point, the looming threat of the remaining “Panic” challenges fades into the background of the series — and when the threat does return, it drops some major bombshells that will leave viewers wanting to know what comes next.

When it comes to the Panic challenges themselves, the series delivers, walking a proverbial (and sometimes, literal) tightrope between reality and absurdity. While it feels wrong to classify the series in the world of horror, there are some genuinely harrowing moments, with massive set pieces or episode concepts that are perilous in effective ways. As the series goes along, there are threats that almost unfold like a conspiracy thriller, with lingering questions that could easily fuel multiple additional seasons if the series gets renewed. But at the heart of it, as each Panic participant literally plunges off of a cliff or faces their biggest fear, the idea of what the challenges represent — the risky and terrifying parts of growing up, especially in a system that isn’t built to support its young people — only grows more apparent.

While that mindset has certainly been explored a lot in YA-themed television lately, ranging from The Society to Riverdale, it’s taken to some profound heights in Panic, in part thanks to its ensemble cast of actors. This is especially the case with the series’ teenage characters, who truly become the beating heart of the series a few episodes in, to the point where any sequences between adults — no matter how relevant they are to the plot — almost fade into the background. Welch and Sula deliver star-making turns in the series, making Heather and Natalie electrifying to watch, whether in scenes by themselves, together, or with any other combination of players in the series. Faist and Nicholson’s performances also stand out — particularly Nicholson, who brings a complicated sense of heart to Ray that completely changes his character from the book (arguably, for the better). Camron Jones also shines as Heather and Natalie’s friend Bishop Moore, and Bonnie Bedelia is a scene-stealer as Anne McCarthy, an eclectic woman in town who becomes a major ally of Heather’s. The supporting cast is also dotted with surprising performances as well, including Jordan Elsass as Tyler Young, a character who could not be more different from his current stint as Jon Kent on Superman & Lois.

Season 1 of Panic feels like drinking a limeade on a cold day — it’s sweet, but surprisingly complex, and largely goes down easily. In a way, the series captures the experience of reading the kind of YA novels its story originated from, the kind that aren’t filled with fantastical lore or magical hooks, but showcase a world that you can’t help but want to get lost in. Between the stellar performances from its ensemble of young stars, a story with enough twists and turns to overlook its occasional unremarkable sequences, and an aesthetic that feels like a Tumblr photoset brought to life, Panic has the potential to be 2021’s next YA hit.

Season 1 of Panic is now available to stream on Amazon Prime.