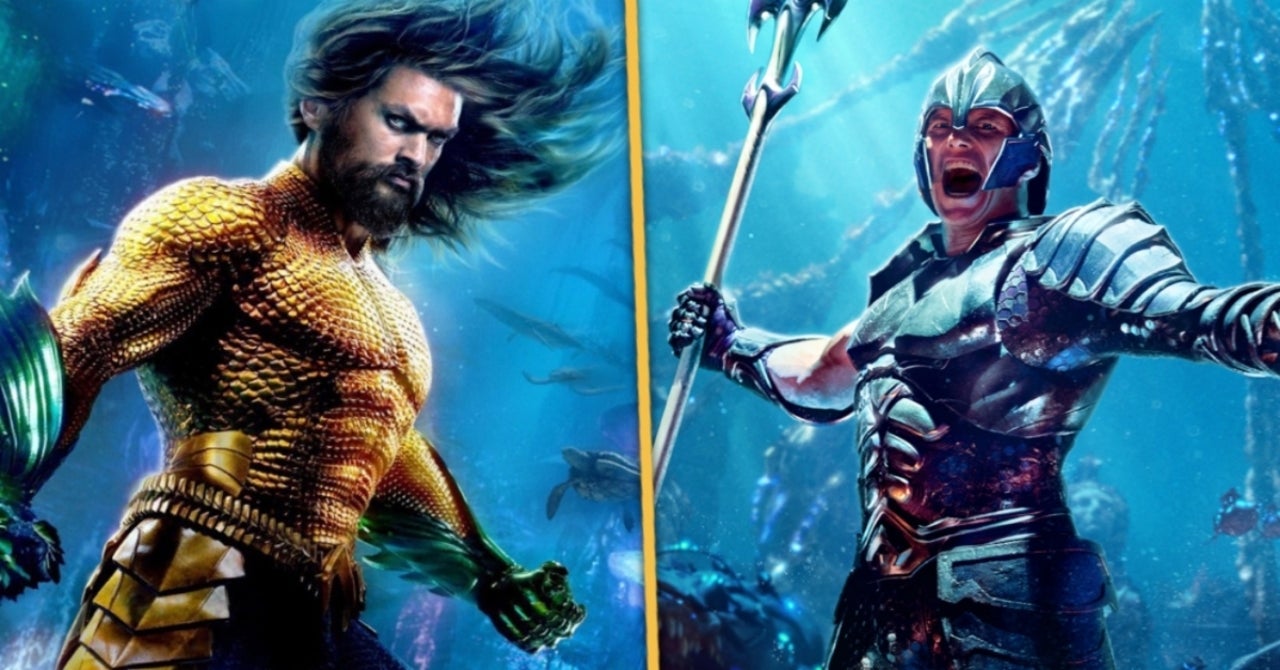 Patrick Wilson teases things are “bigger and better” down where it’s wetter in James Wan‘s Aquaman 2. Wilson reprises his role as Orm — the Oceanmaster and the villainous half-brother of Atlantis king Arthur Curry (Jason Momoa) — in the sequel reuniting him with his Conjuring producer and two-time director Wan, who is taking the Aquaman franchise even deeper into the oceans of the DC Extended Universe. Ahead of its summer shooting start in the United Kingdom for Warner Bros. Pictures and DC Films, Wilson delivers an update on Aquaman 2:

“I think like with anything with James, when he comes back for a sequel, it becomes bigger and better,” Wilson told Entertainment Tonight about Aquaman 2. “And broader, and more funny, more action, more character work, it’s cool. It’s really fun, it’s super fun.”

“I’ve been in training now for about eight weeks, and in a couple months we start,” added Wilson, now starring in the Wan-produced The Conjuring: The Devil Made Me Do It. “Well, they start in about a month and a half, a month or so they start.”

Aquaman 2 reunites Wilson with Momoa and returning Aquaman stars Amber Heard, back as Xebellian princess Mera, Dolph Lundgren as her father King Nereus, and Yahya Abdul-Mateen II as Black Manta. Wan previously described the sequel as “a little bit more serious” than its predecessor, saying during last summer’s virtual DC FanDome event that Aquaman 2 is “more relevant in a world that we’re living in today.”

In a recent update from Momoa, whose superpowered sea king last appeared in Zack Snyder’s Justice League, the star revealed he co-wrote the story treatment for the 2022-dated sequel penned by returning Aquaman scribe David Leslie Johnson-McGoldrick (The Conjuring 2, The Conjuring 3).

“After we ended the first one I went in with my writing partner and we dreamed up the second one and we went in and pitched the idea,” Momoa said during a May appearance on The Drew Barrymore Show. “The best thing I can give you is that I love it so much that I participated in the writing of it. And so, we did the first treatment and then James and our original writer David finished it off.”

“All of our hearts are in it,” Momoa added. “Instead of just, like, getting a script and doing that, you are 100% being encouraged by your director and co-writers. So that’s exciting for me and I’m excited to go over there. I leave in July and we start filming.”

The Conjuring 3 is now playing in theaters and streaming for a limited time on HBO Max. Aquaman 2 surfaces in theaters on December 16, 2022.