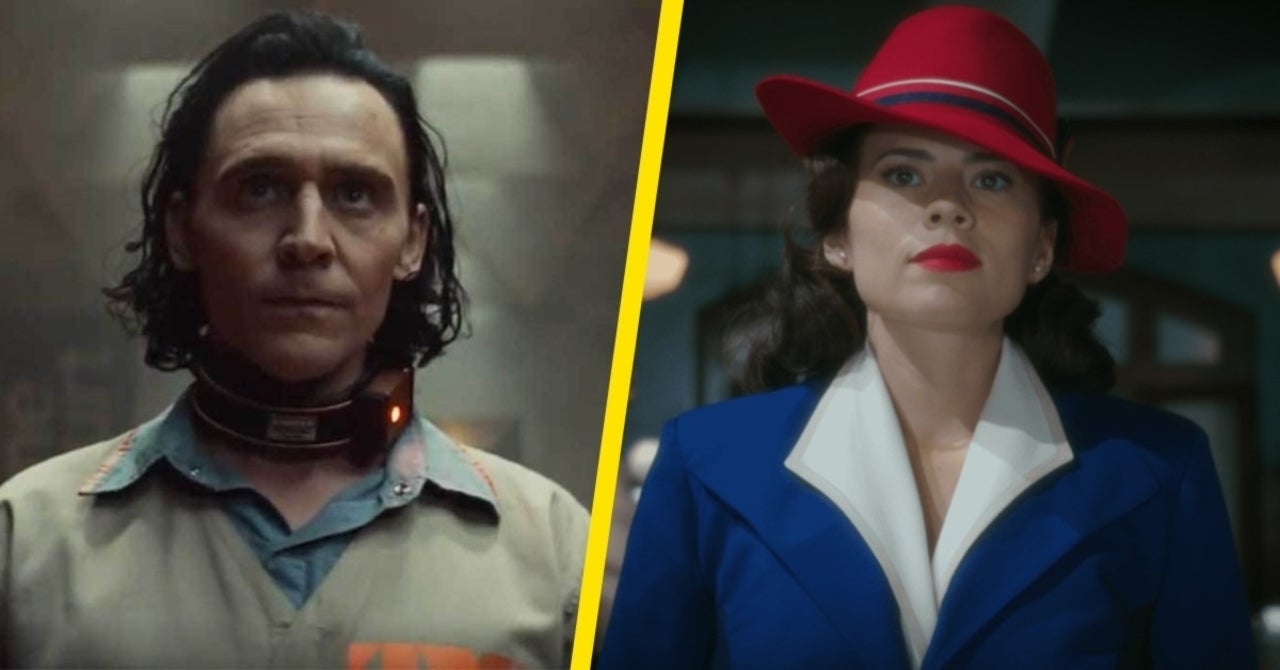 The first episode of Loki finally dropped on Disney+ this morning, and there’s a whole lot to unpack from the episode. After escaping with the Tesseract in 2012 during the events of Avengers: Endgame, Loki (Tim Hiddleston) is scooped up by the TVA (Time Variance Authority) in order to answer for his crimes against the “sacred timeline.” Many people have taken to Twitter to talk about the episode ranging from overall reactions to their feelings about the TVA’s flippant use of Infinity Stones. However, one fan took to the social media site to point out a potential easter egg, and now we’re wondering if Peggy Carter is secretly in the episode…

Twitter user @vaneIIoki shared a clip from the episode that features a woman being taken in by one of the TVA agents. While her appearance could be a coincidence, she definitely resembles Peggy Carter (Hayley Atwell). “SHES TRYNA ESCAPE STEVE YALL,” the original poster wrote. This isn’t a bad guess considering Steve Rogers (Chris Evans) did hang back in the past to be with Peggy. Was that meant to happen like the time heist in Endgame, or will Steve be facing similar consequences to Loki? You can check out the clip in the tweet below:

We aren’t getting our hopes up too high that that’s Peggy in the background, especially considering her and Steve’s story appears to have been wrapped up. However, this could also be a “variant” version of Peggy that is completely unrelated to Steve. The possibilities are endless when dealing with time travel and the multiverse. Either way, it’s fun to have a new Marvel series to speculate about online.

In addition to Hiddleston, Loki is set to feature Owen Wilson as Mobius M. Mobius, Gugu Mbatha-Raw, Sophia Di Martino, Wunmi Mosaku, and Richard E. Grant. In a recent interview, Marvel Studios president Kevin Feige teased that Loki and Mobius “will be one of the most popular pairings we’ve ever had at Marvel.”

Do you think that was Peggy Carter in the Loki premiere? Tell us in the comments!

New episodes of Loki drop on Disney+ on Wednesdays. If you haven’t signed up for Disney+ yet, you can try it out here.