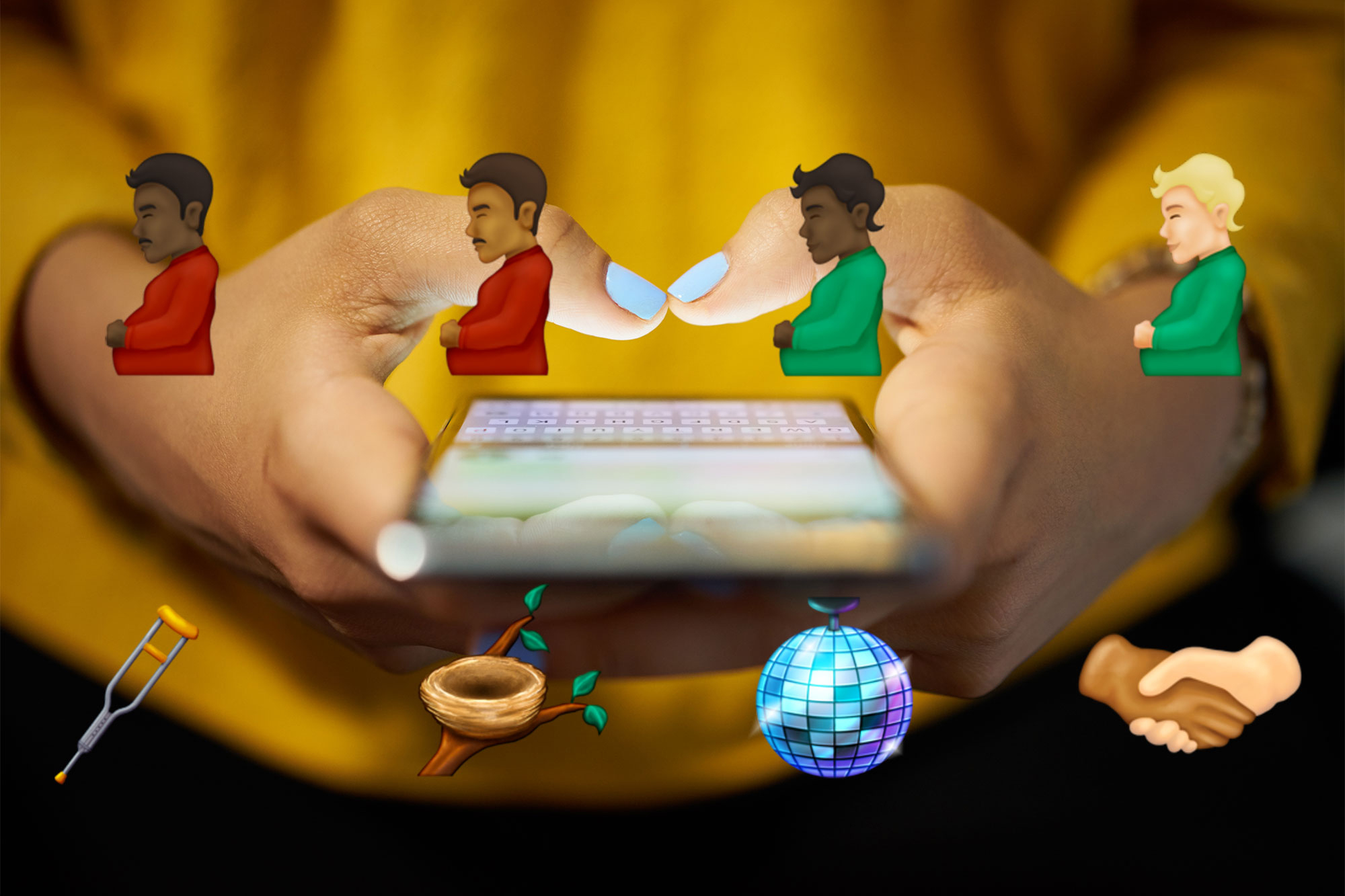 A text with this emoji could cause a pregnant pause.

This year’s batch of emoji finalists includes a knocked-up man, a disco ball and a melting smiley face, according to a report.

Several gender-inclusive and non-binary images — including one titled Pregnant Man —  could be released for smartphone use in September, according to emojipedia.org.

One that looks fit for the Arnold Schwarzenegger flick “Junior” shows a mustachioed man clutching his baby bump and squinting.

It comes in medium to dark skin tones, along with a similar facial-hairless emoji, dubbed “Pregnant Person.”

Other new emojis include a biting lip, heart hands and a saluting face, according to the group, which announced the new designs ahead of World Emoji day on July 17.

An empty nest with eggs, a crutch and several handshake designs were also included as colorful candidates.

The designs are subject to approval and revision by vendors, according to the group.