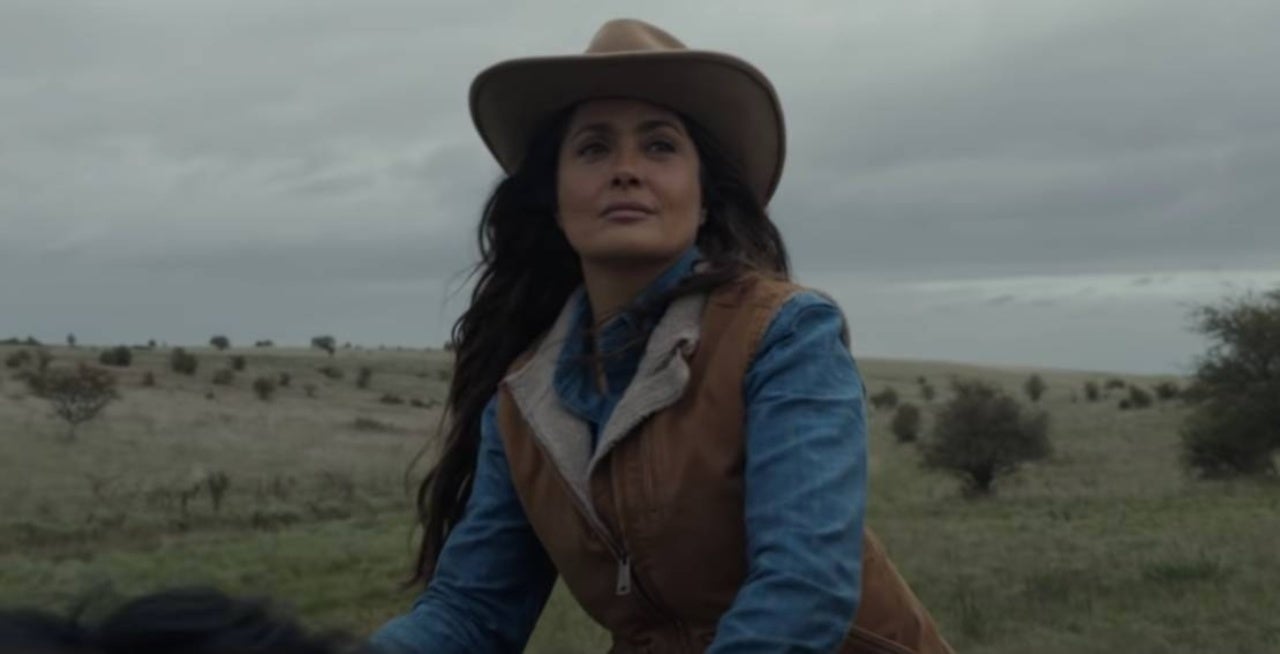 Having starred in films like Desperado, Wild Wild West, and Everly, actor Salma Hayek is no stranger to starring in action-heavy adventures, though recent years have seen her focus more on character-driven narratives. Hayek’s latest film, The Hitman’s Wife’s Bodyguard, saw her fully embrace all manner of action, as she recently noted that the outing helped prepare her for the intense action of her upcoming Marvel film Eternals, if for no other reason than giving her a taste of the intensity of an action-oriented experience. The Hitman’s Wife’s Bodyguard will be landing in theaters on June 16th while Eternals is set to hit theaters on November 5th.

“The action scenes actually did help a lot … it took away some of the rust and they were very helpful for what came after, which is the Eternals,” Hayek detailed to ComicBook.com.

In The Hitman’s Wife’s Bodyguard, “The world’s most lethal odd couple – bodyguard Michael Bryce (Reynolds) and hitman Darius Kincaid (Jackson) – are back on another life-threatening mission. Still unlicensed and under scrutiny, Bryce is forced into action by Darius’s even more volatile wife, the infamous international con artist Sonia Kincaid (Salma Hayek). As Bryce is driven over the edge by his two most dangerous protectees, the trio get in over their heads in a global plot and soon find that they are all that stand between Europe and total chaos. Joining in the fun and deadly mayhem are Antonio Banderas as a vengeful and powerful madman and Morgan Freeman as… well, you’ll have to see.”

Even Hayek herself was shocked to be enlisted into the Marvel Cinematic Universe, having recently noted that she thought the offer to join Chloe Zhao’s film was merely a prank.

“It never crossed my mind to be in a Marvel movie,” Hayek shared with Variety last month. “I guess that I thought that boat had sailed, and it was an absolute shock. All of a sudden, I got a call: ‘They want to talk to you about a new franchise.’ And I was like, ‘What?’ And I said OK, but they don’t tell you any information until you’re on the call. It’s kind of hard to be an action hero if you’re Mexican. It’s really hard to be an action hero if you’re a Mexican and a woman. But to be an action hero, being Mexican, a woman, and my age, it felt like they were punking me. And then the worst part is that I was one of the first people they cast. I had to keep my mouth shut for so many months. I couldn’t tell a soul. And I couldn’t wait for the day that I could say it.”

The Hitman’s Wife’s Bodyguard will be landing in theaters on June 16th while Eternals is set to hit theaters on November 5th.

Are you excited for the new MCU film? Let us know in the comments below!