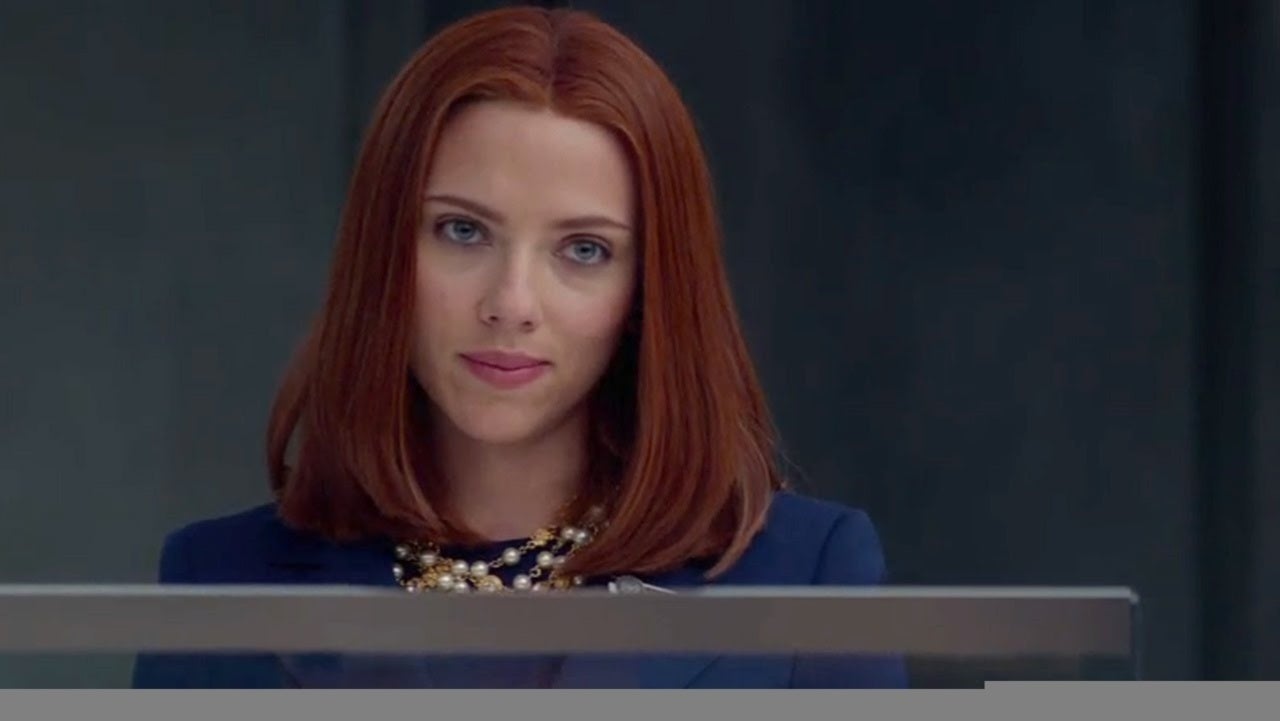 Scarlett Johansson revealed what wild costume Marvel wanted Black Widow to wear in Captain America: The Winter Soldier. Fatherly caught up with the Avengers star to talk about her stint as Natasha Romanoff. The Black Widow actress uncorked one doozy of a story about the second Captain America movie. Remember her introduction in Winter Soldier? She rolls up on Chris Evans and Anthony Mackie looking like she’s undercover. Well, an original version of the script had her in all white and a blonde wig for the sequence. So, that wasn’t going to fly and Johansson let them hear about it. Things ended up working out after some dialogue with the writers. Clearly, fans love The Winter Soldier and regard it as one of the stronger MCU entries overall. Hopefully, that magic can continue with Black Widow as it releases today.

“In some says I look at it as a costume she was wearing — at the time, Marvel was interested in the character being a shape-shifter,” she explained. “When we were doing Captain America: The Winter Soldier — this is a really funny thing — the look is fantastic and utilitarian. She first drives up in this beautiful car and picks up Cap, and initially in the script, it was like, she arrives in her tennis whites, with a blonde wig. It was very quickly killed.”

Johansson added, “You work with a lot of male writers. Things were shifting. You have to be a part of the change. Audiences are also demanding stuff and there’s a cultural shift and it feeds everything into a more progressive direction. It’s been a process, it’s been a process.”

“After Iron Man to going into Avengers, there’s been an evolution of her look. I think part of that is just gaining the trust of the executives at Marvel and kind of sitting in the character and just being able to make decisions for her,” the star also mentioned. “That really happened fairly early on. I mean, in Iron Man 2, I worked with the amazing incredible costume designer Mary Zophres, who created an absolutely beautiful femme fatale look for the character. And it was very stunning.”

What’s your favorite costume for Black Widow? Do you like the white suit they’ve been teasing in the trailers? Let us know down in the comments!