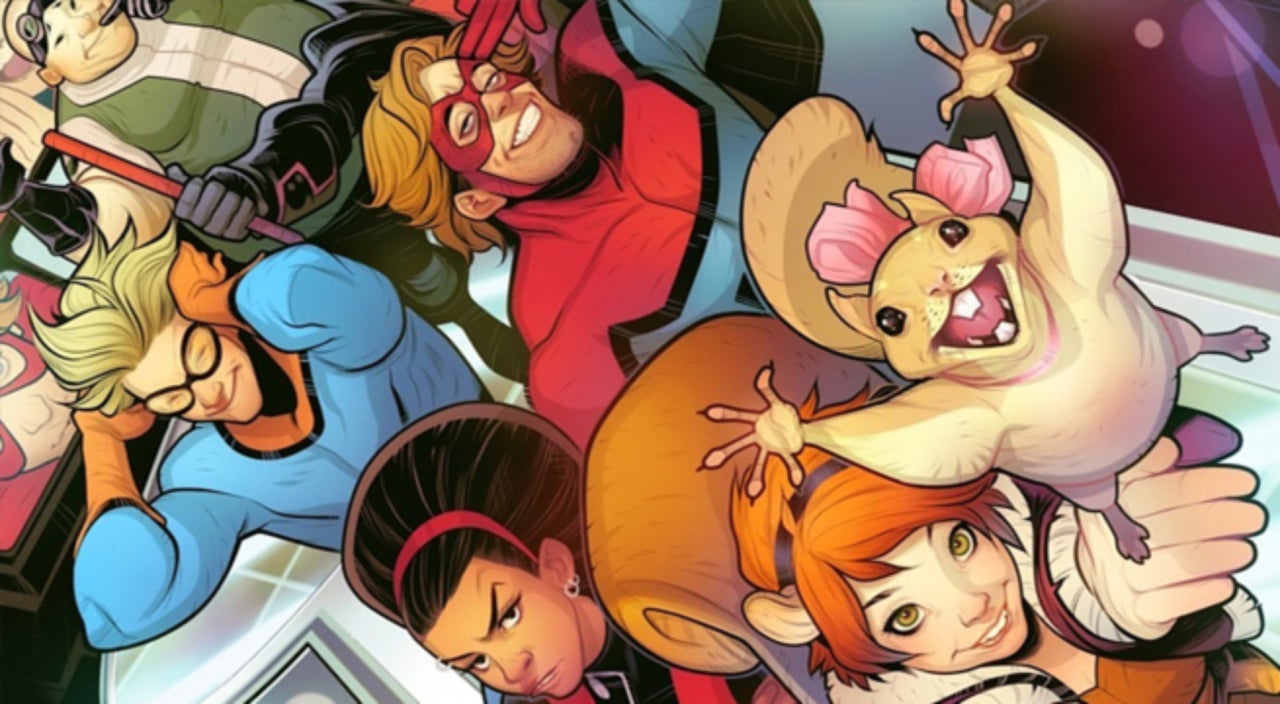 Earlier this week, Marvel’s Loki showed that there is, indeed, a multiverse — and nobody is feeling more bittersweet about that than Kevin Biegel, the producer of the abandoned New Warriors TV series which was seemingly a casualty of the Disney/Fox merger and the reworking of Marvel’s television division. Taking a look at the map of the multiverse seen in this week’s season finale of Loki,

Biegel, who also once tried to mount a Damage Control pilot, shared an image of the multiverse as seen on Loki and gave fans a witty idea of just where his ill-fated show would exist on that “map.” The answer? “That teeny tiny one way up there on the top of the top,” basically.

Hey, that teeeeeeeeeny tiny branch at the top of the top of the branch on the far right is where our New Warriors show exists! pic.twitter.com/xtz4awytl2

New Warriors is one of the most-discussed of the abandoned pilots of the modern superhero TV era, with a cast, creative team, and concept that managed to really intrigue audiences before nothing came of it.

The character of Squirrel Girl would have been played by Milana Vayntrub, best known for her role as an AT&T Mobile spokesperson in a series of popular ads from around the time the pilot was in development. The cast also included Keith David (The Flash, Spawn) as MODOK, a character who has his own animated series at Hulu. That series itself marks one of the last remnants of what was once an ambitious attempt to bring Marvel animation to Hulu.

Here’s the New Warriors series description released by Marvel back when it was ordered straight to series in 2017:

“Marvel’s New Warriors” is about six young people with powers living and working together. With powers and abilities on the opposite end of the spectrum of The Avengers, the New Warriors want to make a difference in the world… Even if the world isn’t ready. Not quite super, not yet heroes, “Marvel’s New Warriors” is about that time in your life when you first enter adulthood and feel like you can do everything and nothing at once — except in this world, bad guys can be as terrifying as bad dates.

This isn’t the first time Biegel has shared props from the show; in 2019, he tweeted a look around one of his work areas, where he had props from Enlisted, Cougar Town, Scrubs, and New Warriors.