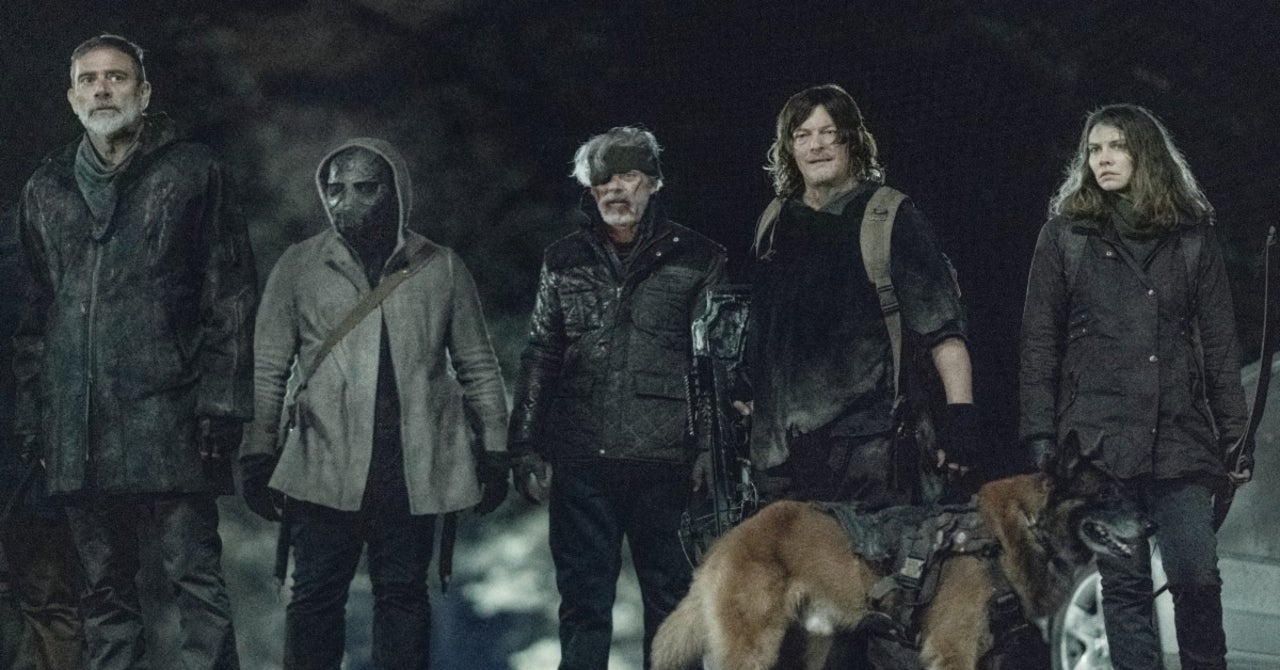 RIP Roy, who didn’t see his death coming on The Walking Dead. When the ex-Hilltopper played by C. Thomas Howell returns for the first time since his Season 9 cameo appearance, it’s to help Maggie (Lauren Cohan) and Negan (Jeffrey Dean Morgan) save Alexandria in “Acheron: Part 1” and “Acheron: Part 2.” After Roy abandons the group’s mission to Meridian in the tunnels of the D.C. metro, it’s Dog and Daryl (Norman Reedus) who find Roy half-dead, wandering alone in the depths of the tunnels crawling with walkers. The bloodied Roy survives just long enough to see the end of “Part 2,” where he’s suddenly killed by a Reaper’s arrow.

Season 11 newcomer Glenn Stanton, who plays Frost of the Wardens, shared a behind-the-scenes look at Roy’s corpse after he’s struck in the head with an arrow:

Roy is the latest named victim of the Reapers, who send the sniper (Mike Whinnet) that murders Maggie’s friends Billy, Jen, Maya (Brianna Butler), Ainsley (Haley Leary), and Gus (David Atkinson) in the Season 10 episode “Home Sweet Home.” This new enemy group is revealed in full to end “Acheron: Part 2,” and the Reapers are hunting down the survivors in Season 11 Episode 3, “Hunted.”

I was about to tweet how awesome it was that Roy survived the entire episode because I didn’t think he’d make it out of the subway tunnel then I blinked… #TWD pic.twitter.com/JbkM6oHj8Z

I literally said “he’s still alive?!” Then that happened about 2 seconds later😂😭

This scene was sooo unexpected

I had a feeling they were bringing him back just to kill him. They did that with Morales, Beatrice, Sam from season 4 and probably more people I’m forgetting

I can’t believe Thomas Howell is done! After 3 episodes only.

#TWD RIP Roy, and the rest of the group doesn’t seem to have much of a chance against the Reapers. Out of the frying pan and into the fire… @WalkingDead_AMC

Me watching the final minutes of #TWD: WTF, didn’t Roy (C. Thomas Howell) die in that tunnel? Are they going explain how he’s still alive?

Me thirty seconds later: No, they are definitely not.#TheWalkingDead

Tax lost in UK amounts to £35bn – almost half, say campaigners, due to fraud | HMRC