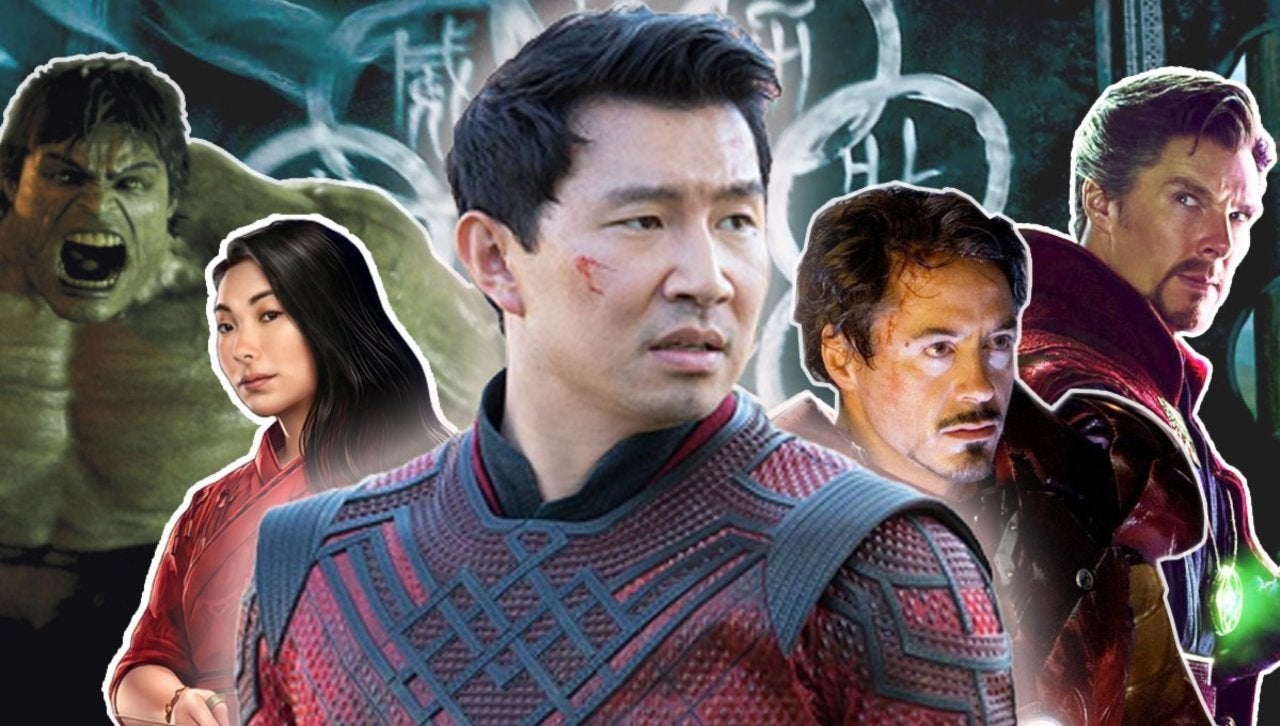 Shang-Chi and the Legend of the Ten Rings is the first Marvel Studios film that is both a part of Phase 4 and set in the post-Avengers: Endgame era of the MCU. Spider-Man: Far From Home is dubbed an epilogue to the Infinity Saga as the final Phase 3 movie and Phase 4’s Black Widow movie is a prequel set prior to Avengers: Infinity War. Despite this, the early fan expectation of Shang-Chi was that it would be a self-contained story in an unexplored pocket of the MCU. While that is largely true of the film in the sense that it tells a story centered around its own characters (excellent characters with or without the MCU backdrop, might I add), Shang-Chi is bringing in character cameos and story connections that make it an integral part of the Marvel Cinematic Universe’s past and future, with all roads seemingly leading to Doctor Strange.

Right out of the gate, Shang-Chi has ties to a pair of Phase 1 movies: Iron Man and Iron Man 3. In a spoiler-free manner of speaking, the film rights the wrongs of Iron Man 3‘s Mandarin twist which was viewed by comic fans as a frustrating change to the source material (overall, it was still a quite well-received twist to have Ben Kingsley’s Mandarin villain actually be merely an actor named Trevor Slattery). Kingsley’s Trevor Slattery unknowingly became the face of a terror organization dubbed as the “Ten Rings” group, which goes back to the first Iron Man movie where Tony Stark was captured by a group using the same name.

“The Ten Rings was always this organization that was looming out there,” Marvel Studios boss Kevin Feige told ComicBook.com. “With the twist and Iron Man 3, we always said that didn’t mean there wasn’t a true leader of the Ten Rings. It just meant Trevor Slattery wasn’t it.”

With this new Legend of the Ten Rings story, the deeper and more accurate lore of the Ten Rings group comes to the Marvel Cinematic Universe. “More importantly, it was about bringing Shang-Chi to the MCU and bringing this character and bringing this new Marvel hero into the pantheon of heroes,” Feige said. “And what sets him apart is that story of family, and is the very complex relationship he has with his father, who was the founder, who led the Ten Rings for many years. So it’s just fun, as always in the connectivity, to have something as new. And you need a Shang-Chi come out and yet have somewhat of its origin’s go back to the very beginning.”

As for Simu Liu, who makes his MCU debut after what feels like a grueling two-year wait since he was introduced to the Marvel world on the stage of San Diego Comic-Con’s Hall H in July of 2019, these connections to the early days of the MCU were not pieces of information provided immediately. All of that information came later for the actor and Marvel fan.

“Absolutely not,” Liu tells ComicBook.com when asked if Marvel filled him in on the Iron Man connections when he signed on. So, he had questions. “I think I remember asking Kevin Feige because he brought me into his office and he was like, ‘Okay, great. Do you have any questions?’ And the first thing that I asked was I was like, ‘How is it going to tie to the MCU?’ Because that’s all I wanted to know. I was like, ‘Am I going to be an Avenger? Am I going to see this person? Am I going to fight Thor? Am I going to be best friends with Captain America?’ Like, ‘Tell me’! And he was just like, ‘Simu, you just have to trust us.'”

At the time, Liu recalls, Feige admitted Marvel Studios still wasn’t sure themselves about where Shang-Chi was going to go. “He’s also like, ‘Because we don’t even know ourselves now,'” Liu said. “He was just so wonderful. He was like, ‘We’re still working through a couple of things right now. We can’t tell you anything until it’s been solidified, but you’re going to love it.’ That’s what he said and reading it in the script I did.”

The ties to Marvel’s big screen past don’t stop at Iron Man movies. One of the more shocking reveals for fans was the inclusion of Abomination in a trailer for the new movie, a big surprise for a couple of reasons. The first is that the Marvel Cinematic Universe rarely ties itself to The Incredible Hulk, a Phase 1 movie made with Paramount that lead to a recasting of its Bruce Banner by the time The Avengers came around. The second is that Marvel rarely reveals such surprises ahead of movie releases! Abomination’s next announced appearance will be in the Disney+ series, She-Hulk, with Tim Roth returning to the part.

“Abomination, a lot of those characters who are just popping into our movie for a little bit are there for a reason and are there for reasons that are yet to be discovered, either through our movie or other movies that are coming out,” Shang-Chi director Destin Daniel Cretton said, leading to thoughts about the future for Liu’s character and the rich ensemble around him in this new movie. Abomination appears on the screen in the movie with Wong, that much fans know, given the first look in the trailer. With Doctor Strange in the Multiverse of Madness on the horizon, it seems like all roads lead to the Strange sequel. WandaVision is sending Scarlet Witch there, the Sorcerer Supreme first appears in Spider-Man: No Way Home before his big movie, Loki has set the stage for a chaotic multiverse story, and Shang-Chi – at a minimum – borrows a character from the upcoming film.

“Well, we don’t want to spoil anything,” Feige said. “But, I think the end of this film gives a pretty clear direction on, at least, how vital and how important and how directly Shang-Chi is stepping into this world. We are reminded of Nick Fury in the tag of Iron Man 1, telling Tony Stark, ‘You’re part of a bigger universe, you just don’t know it yet.’ And without giving away, a very similar thing happens to Shang at the end of this movie.”