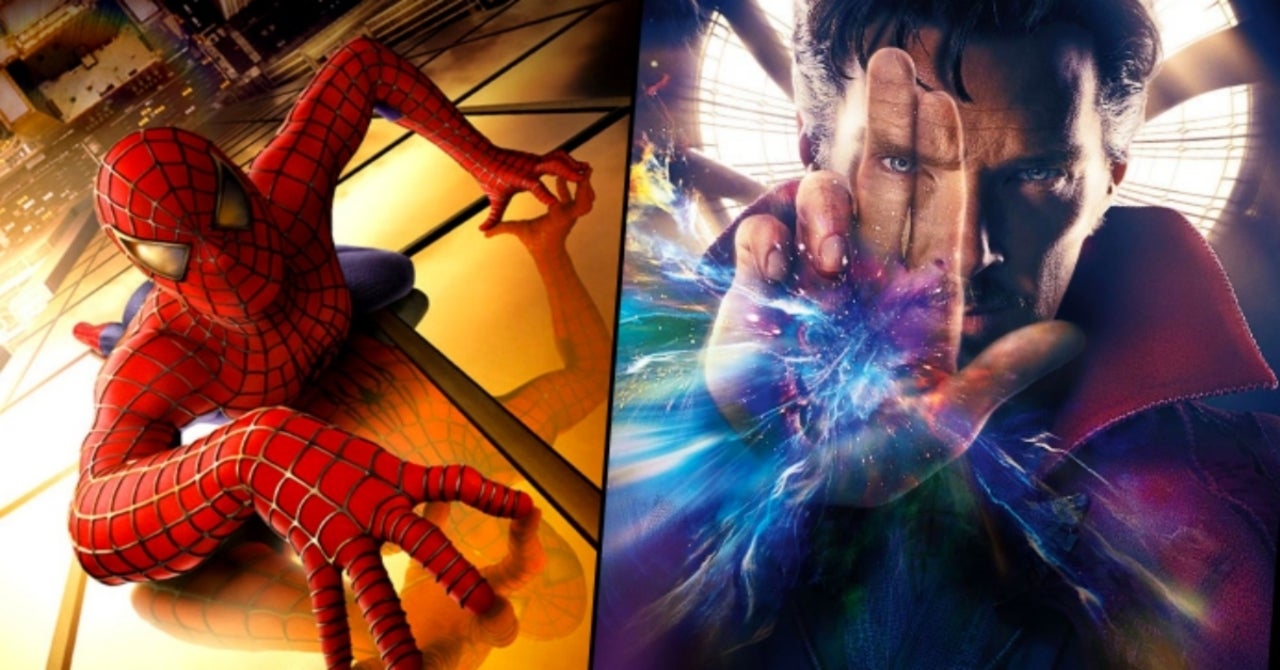 Doctor Strange in the Multiverse of Madness reunites Marvel Studios President and producer Kevin Feige with Spider-Man trilogy director Sam Raimi, who Feige says puts his “Sam Raimi stamp on Doctor Strange, on the Multiverse, on Marvel.” Feige, an associate producer on 2002’s Spider-Man and an executive producer on 2004’s Spider-Man 2 and 2007’s Spider-Man 3, brings the Evil Dead director into the Marvel Cinematic Universe in the horror-tinged Doctor Strange sequel from Loki head writer Michael Waldron. Set after the events of Avengers: Endgame and WandaVision, both shakeups for the MCU, the Raimi-directed Multiverse of Madness brings Feige “full circle” two decades after Spider-Man:

“Everything we do at Marvel Studios is from the point of view of the audience, and how do we make the audience feel one way, or how do we evoke an emotion out of an audience? I really feel like I learned that from watching Sam on the Spider-Man movies,” Feige told Rotten Tomatoes of the Sony Pictures production. “I was just very lucky to be there working for the former head of Marvel Studios, Avi Arad, and just watching. Watching Avi, watching Laura Ziskin, the producer of that, watching Amy Pascal, who ran the studio at the time, and particularly Sam Raimi put those movies together.”

“So now, being in a position that Sam is back in the Marvel universe and working for us on Doctor Strange, which aside from Spider-Man — both Steve Ditko co-creations — was his favorite character, is really quite remarkable and full circle for me personally from my journey at Marvel,” Feige continued. “But really, it’s just exciting to get to watch Sam work again and to see Sam Raimi put his Sam Raimi stamp on Doctor Strange, on the Multiverse, on Marvel.”

Feige previously revealed the sequel, pairing Doctor Strange (Benedict Cumberbatch) with the Scarlet Witch (Elizabeth Olsen), has “scary sequences” — more than familiar territory for the director of Evil Dead II, Army of Darkness, and Drag Me to Hell.

Waldron, who opened the door to the Marvel Cinematic Multiverse in the first season finale of the Disney+ series Loki, recently spoke on working with Raimi to take Doctor Strange 2 into a “slightly scarier direction.”

“[Going into the horror world is] obviously something that Scott Derrickson, the director of the first movie, does so well…obviously that influence, you feel it in the first one,” Waldron told Friends From Work. “Even though it’s not a horror movie, there is like this sort of spookiness throughout it. It’s part of what makes that movie work so well.”

Developing Multiverse of Madness during pandemic shutdowns “just gave me and Sam more time to make it our own thing,” Waldron added. “It’s cool, I’m glad that there was the chance to maybe push [the sequel] in a slightly scarier direction. Just because Sam does that so well.”