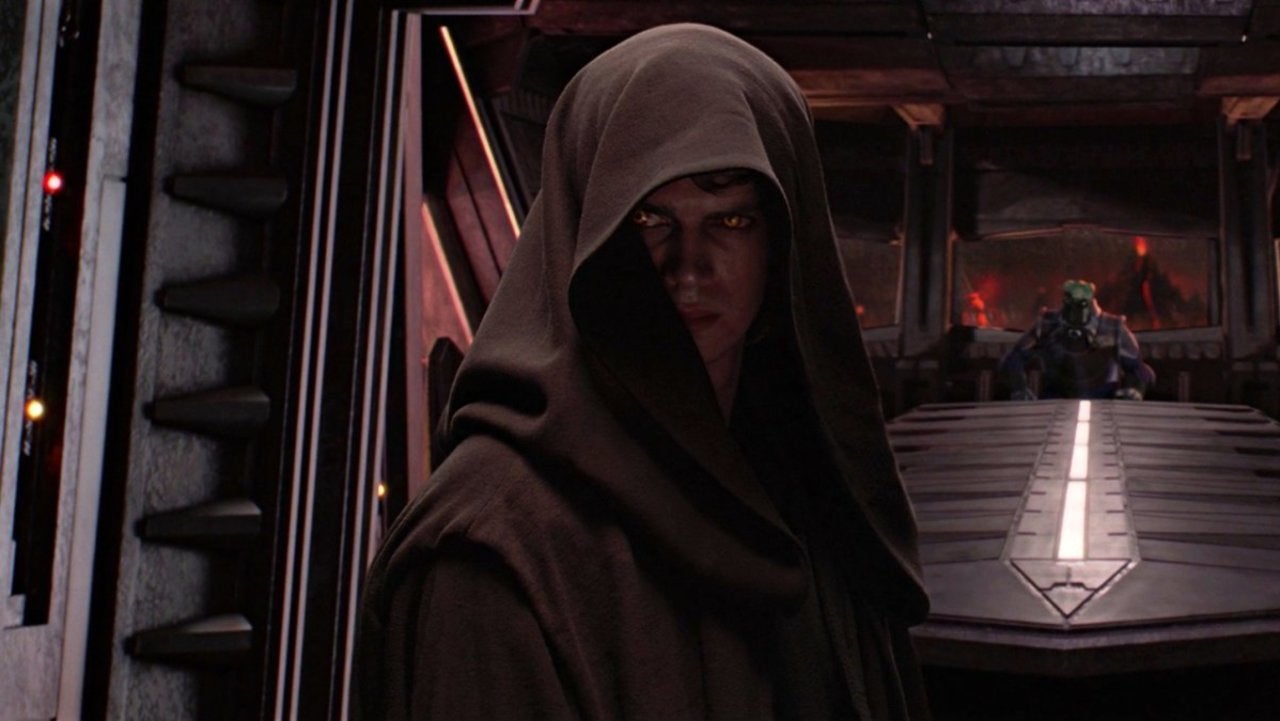 After previously hinting that Anakin Skywalker may not have been the Chosen One described in an ancient Jedi prophecy, Star Wars is now offering the Sith perspective on the prediction. This information comes from the upcoming book Star Wars: Secret of the Sith, a tome of knowledge about the Sith and their practics as told through the writings of Darth Sidious, a.k.a. Emperor Palpatine. The official Star Wars website ran a preview from the book this week, and it includes a page dedicated to “the Chosen One,” detailing how Palpatine discovered and subtly helped drive Anakin towards the dark side of the Force. It also offers his remarks on the Chosen One prophecy.

“Anakin was believed by the Jedi to be a vergence — an entity surrounded by a rare concentration of Force energy,” Palpatine writes. “They even convinced themselves that the child was the Chosen One, described in an ancient Jedi prophecy. So certain were they that Anakin would bring balance ot the Force, they failed to consider what that might truly mean.”

Obi-Wan Kenobi’s anguished cry in Revenge of the Sith epitomized the Jedi’s beliefs about Anakin. You were the Chosen One!” Obi-Wan shouted at his former padawan after defeating and dismembering him on Mustafar. “It was said that you would destroy the Sith, not join them. bring balance to the force, not leave it in darkness.”

But, Palpatine believes Anakin fulfilled the prophecy. He felt that Anakin balanced the Force by leaving it in darkness. “He had returned balance ot the Force indeed — by dorwning out the light and freeing the darkness,” Palpatine writes.

The Chosen One prophecy has been a matter of debate amongst fans for a long time. Some believed that Anakin did balance the Force by leaving only two Sith (Sidious and Darth Vader) and two Jedi (that fans knew of, Obi-Wan and Yoda) alive. George Lucas never held this interpretation, maintaining that Anakin eventually destroyed the Sith and restored balance to the Force, though only after his son, Luke, redeemed him.

Insight Editions is publishing Star Wars: Secrets of the Sith, written by Marc Sumerak with illustrations from Sergio Gómez Silván. The book goes on sale in August. Here’s the synopsis:

“Join Emperor Palpatine, otherwise known as Darth Sidious, in this exploration of the Sith and the evil allies of the dark side. Star Wars: The Secrets of the Sith will thrill young fans with dark-side knowledge, incredible artwork, and interactive features, such as pop-ups, booklets, and lift-the-flap inserts.”

What do you think? Let us know in the comments. Star Wars: Secrets of the Sith goes on sale on August 31st.

Food distributors complain of lack of detail over Covid tests