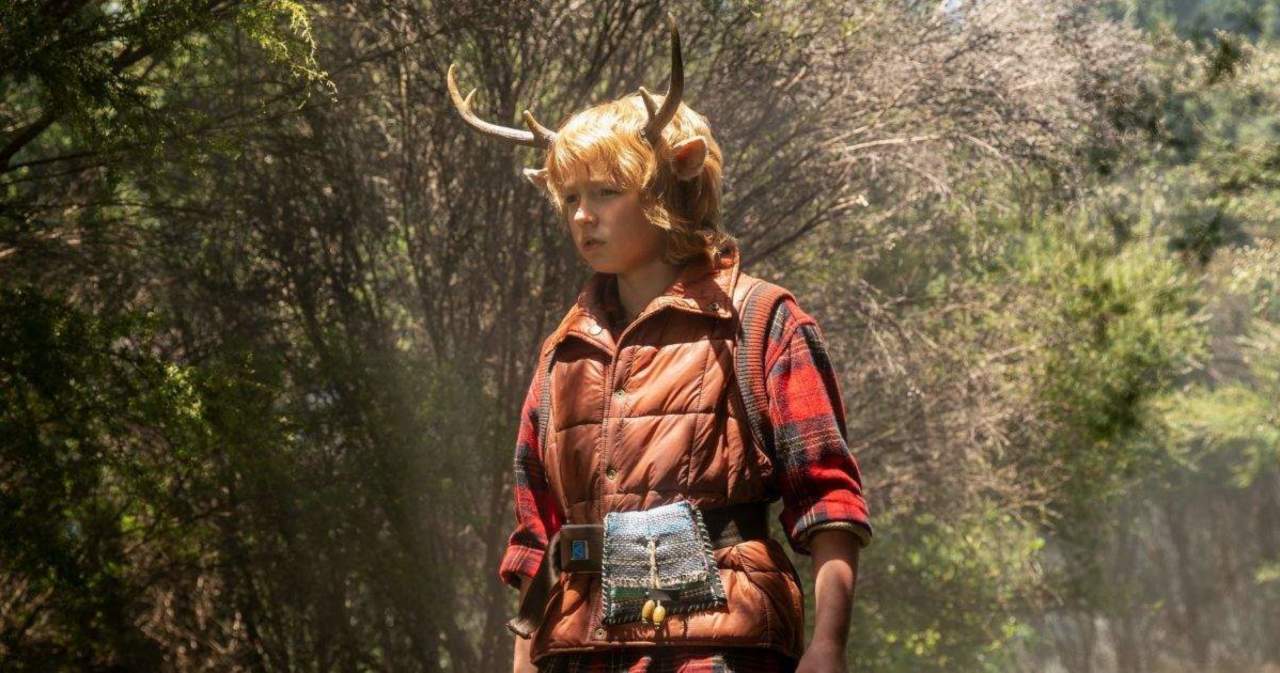 In Jeff Lemire‘s Sweet Tooth comics, the deer-boy hybrid that is the titular character stays a little kid for most of the entire series (mostly thanks to being a drawing). For Netflix‘s live-action TV adaptation (now streaming in full on the service), young actor Christian Convery takes on the role and, like we’ve seen happen with Stranger Things, will no doubt grow up on screen as the show potentially continues. That in mind, we asked the executive producers of the series how they intend to handle that as far as making adjustments to adapting the comics moving forward and their answer was, well they’ve already had to account for him growing up.

“We had to deal with that a little bit because a year and a half between episode one and two for him,” showrunner and executive producer Jim Mickle said. “He aged quite a bit during then, but thankfully he stayed his sweet little Gus self. So, we don’t know. It’s hard to predict anything. I think that’s one thing that we’ve learned from the beginning of all this is, you can’t predict anything. So, we take it as it comes. Season one was amazing and we’d love to get to do more, if the world will have us.”

Lemire had thoughts on it himself, giving his seal of approval for the series showing Gus age as things move along.

“I was lucky when I was doing the book, I don’t have to worry about the character aging,” the Eisner Award winner said. “I always knew that if it was adapted that would have to change as well, most likely, to reflect more of Gus’s awakening and his change would be reflected in his physical presence as well. So, I think it it’s built into the story to work if they’re lucky enough to get to do more.”

The first season of Sweet Tooth is now streaming on Netflix.