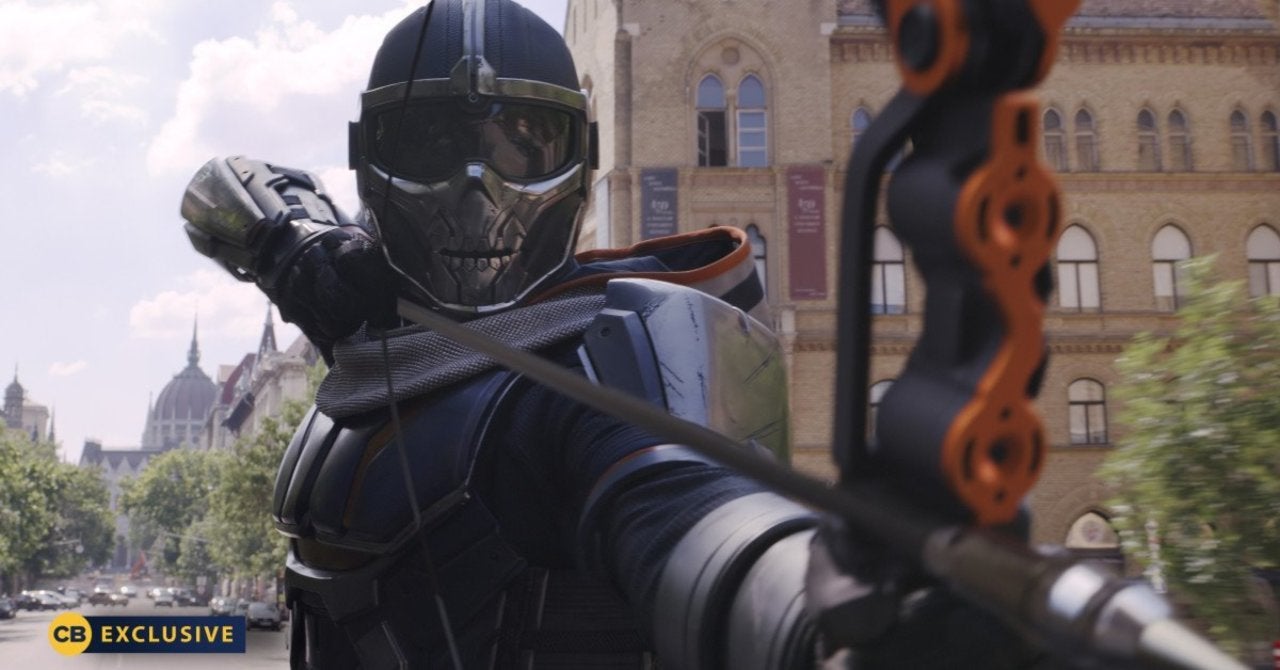 Full spoilers for Black Widow below! Marvel fans have known for some time that the villain Taskmaster would be coming to the Marvel Cinematic Universe in the new film, but when the mask came off in the movie it wasn’t who anyone expected, especially since it wasn’t even known they were in the movie at all. In the third act of the movie comes the unmasking where it’s shown that actress Olga Kurylenko (Quantum of Solace, Oblivion) is Taskmaster, a major change from the character’s comic book counterpart. Speaking with ComicBook.com in an exclusive interview, Kurylenko opened up about her “unmasking” both in the film itself and to the Marvel fans watching around the world.

“You see, it does fit the story. I was concentrating on this story,” Kurylenko said, referring to the movie’s version of Taskmaster coming from Natasha Romanoff’s past. “The decision (character changes) wasn’t made by me and as far as I’m concerned, I was happy for that decision, of course, because it involves me and it’s so much fun….Well, I understand that they swapped gender, but I think it’s irrelevant really whether the character is a female or male because who cares? She’s just as strong and maybe even stronger. It’s not about what gender you are. It’s about what your capabilities are, what you can do, how well you do what you’re supposed to do. And if you’re excellent at it, it doesn’t matter who you are.”

Kurylenko also opened up about the potential for her character’s return, with the film’s ending making it clear that they’re still out there somewhere and now they’re free from the control of the Red Room.

“That’s what’s so exciting about her,” she added. “There are so many directions she could go. She could go so many different ways. And because there’s a battle in her between the good and the evil, and she has both and she is both, obviously she has the skills, but in the end, as you say, that spell is off her and she’s not under control anymore. So there is this potential freedom and it could go that way. Who knows?”