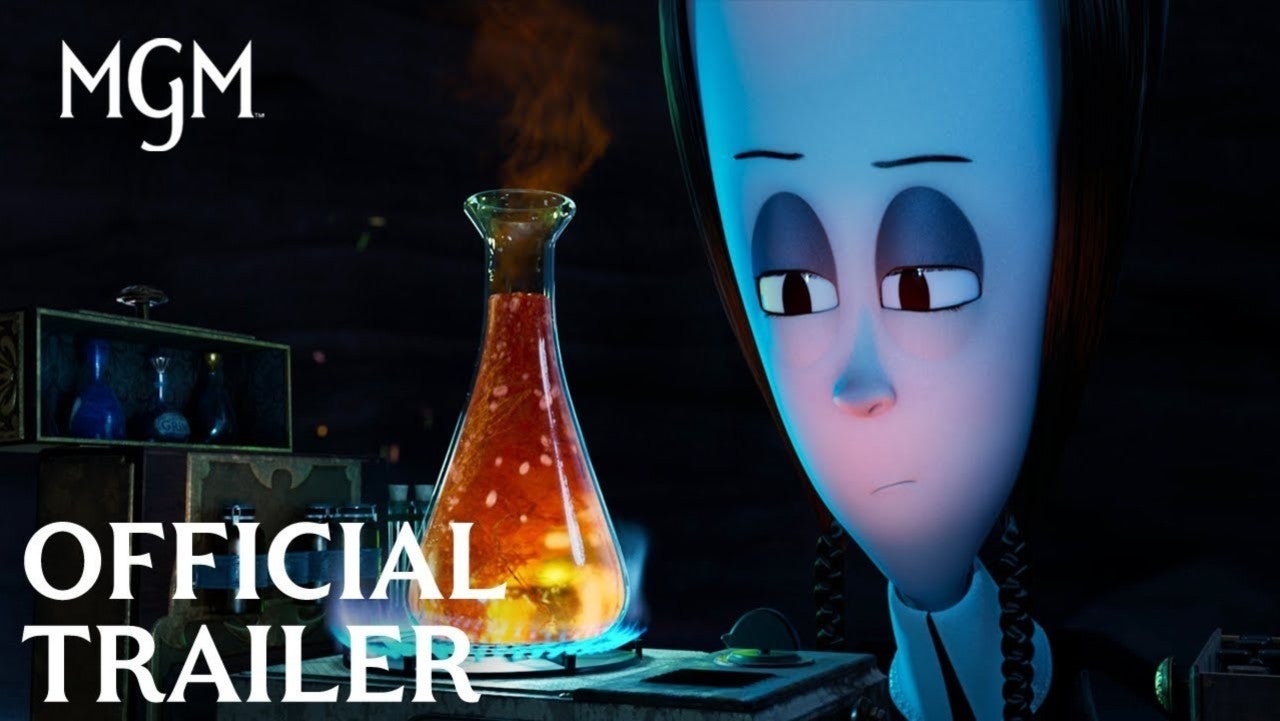 Just in time for the Halloween season, The Addams Family 2 will be debuting not only in theaters, but also on Premium VOD, allowing audiences to check out their creepy and kooky antics wherever they feel most comfortable, with the upcoming sequel getting the above all-new trailer. This time around, the titular family hits the road in hopes of reconnecting with one another as the Addams kids grow distant from their parents, with this family vacation bringing with it all-new antics. Check out the all-new trailer for The Addams Family 2 above before it hits theaters and Premium VOD on October 1st.

In the new film, “Everyone’s favorite spooky family is back in the animated comedy sequel, The Addams Family 2. In this all-new movie we find Morticia and Gomez distraught that their children are growing up, skipping family dinners, and totally consumed with ‘scream time.’ To reclaim their bond they decide to cram Wednesday, Pugsley, Uncle Fester and the crew into their haunted camper and hit the road for one last miserable family vacation. Their adventure across America takes them out of their element and into hilarious run-ins with their iconic cousin, IT, as well as many new kooky characters. What could possibly go wrong?”

Director of the original film, Greg Tiernan, previously expressed to ComicBook.com what he hoped to accomplish with the sequel.

“With any sequel like that you’ve got to move the characters forward and try and explore some new territory with them,” Tiernan shared. “So you know there’s no point in just regurgitating the same stuff no matter how funny it might be. So obviously we can’t say too much about it, but that’s something that we will be doing. We laid the groundwork with this movie, especially for people who weren’t familiar with the Addams Family. Because, of course, it has been over 20 years since the last major movie with the Addams’, so there are a lot of younger [viewers], and especially younger generation who didn’t know who these characters were at all. So we had to establish that in the first movie, and sort of reintroduce the characters as well as make sure that long-time Addams fans recognize that they love the characters.”

He added, “So we did that, we feel successfully, in the current movie. And so the next step is to know well, how can we go bigger or better with these characters? So that’s basically what we’ll do soon, is develop and trace.”

Are you looking forward to the new sequel? Let us know in the comments below or contact Patrick Cavanaugh directly on Twitter to talk all things Star Wars and horror!