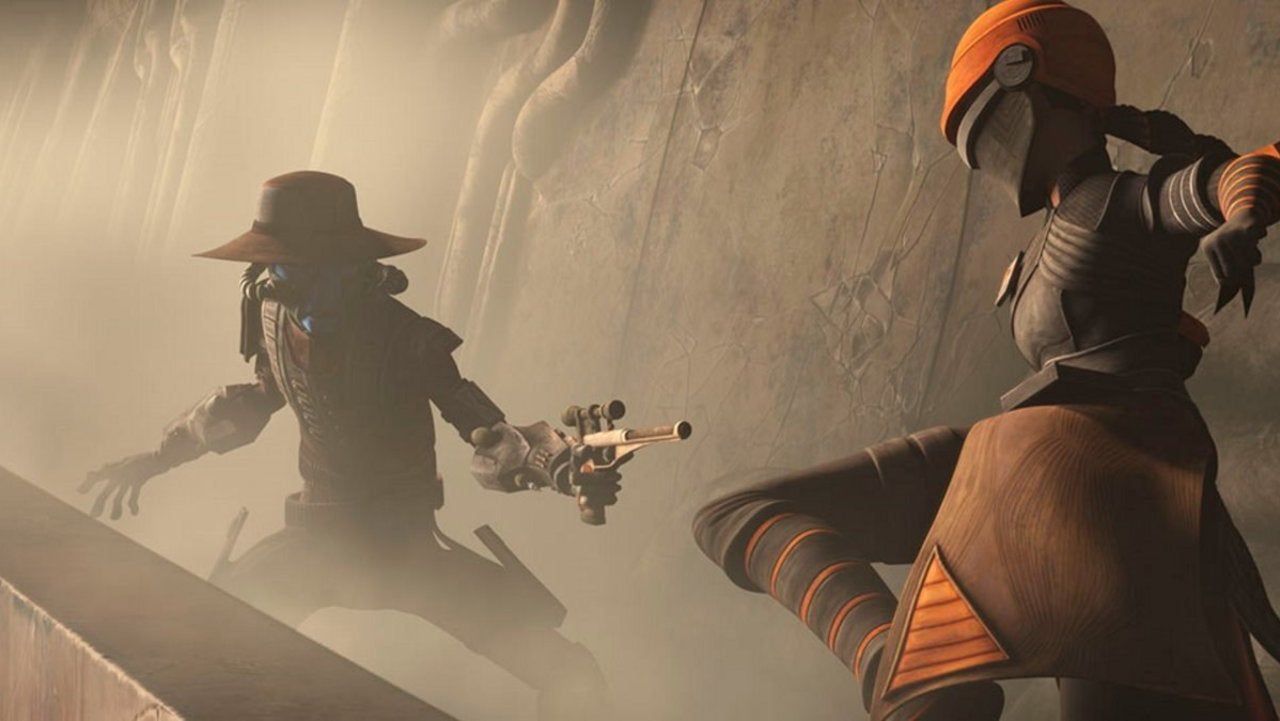 In Star Wars: The Bad Batch, someone put a bounty on Omega’s head, and now we know who it is. There’s a full-scale War of the Bounty Hunters going on in another corner of the Star Wars galaxy. At the same time, The Bad Batch has set two fan-favorites against each other. Clone Force 99 previously tangled with Fennec Shand in the show’s fourth episode, “Cornered.” Later, after Fennec failed to bring Omega in, Cad Bane took the job. He succeeded in capturing Omega only to lose her when Fennec showed back up. We know why Omega is valuable. Now we know that the bounty hunter battles taking place on the show are the results of allies keeping secrets from each other. SPOILERS follow for the Star Wars: The Bad Batch episode “Bounty Lost.”

We now know that Omega is valuable to the Kaminoans because she is a pure clone of Jango Fett. Only one other such unmodified clone exists, Boba Fett, and he’s long gone, disappearing after the Battle of Geonosis in Attack of the Clones.

The Kaminoans hired Fennec Shand to bring Omega back to the cloners’ planet. When Fennec failed, Kamino’s Prime Minister, Lama Su, had another bounty hunter, Cad Bane, hired to do the job. Lama Su plans to harvest Omega’s DNA and then have the child killed.

Nala Se, the Kaminoan scientist who has developed an emotional attachment to Omega, doesn’t want the girl to suffer that fate. She seems to have contacted Fennec and hired her at cross purposes to Bane, working for Lama Su. Nala Se sent Fennec to retrieve Omega before Bane. The two hunters ran into each other, resulting in the episode’s climactic showdown.

Nala Se’s primary goal now seems to be keeping Omega out of Lama Su’s hands. She tells Fennec not to bother pursuing the Bad Batch once Omega is safely back aboard the Havoc Marauder. It should be interesting to see how this conflict plays out in the shadows of Kamino and wherever Clone Force 99 heads next through the back half of Star Wars: The Bad Batch‘s first 16-episode season, and perhaps elsewhere.

Do you think we’ve seen the alt of Fennec Shand and Cad Bane? What do you think will happen to Omega? Let us know what you think about it in the comments section. New Star Wars: The Bad Batch episodes debut weekly on Fridays on Disney+.

As Virus Cases Rise, Another Contagion Spreads Among the Vaccinated: Anger