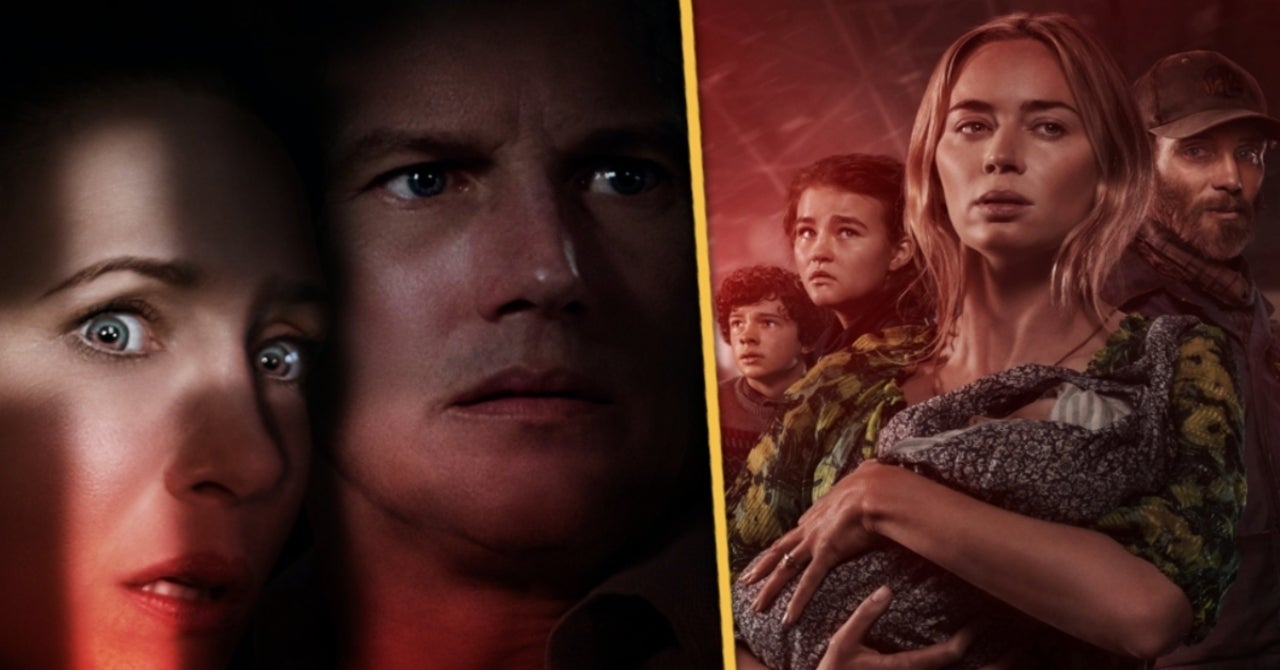 Horror hits The Conjuring 3 and A Quiet Place Part II are scaring up a loud weekend at the box office. The James Wan-produced threequel The Conjuring: The Devil Made Me Do It, released into theaters and on HBO Max on Friday, topped the second weekend of the John Krasinski-directed Quiet Place 2 with $23.5 million versus $22m, according to numbers reported by Deadline. AQP2, which Paramount Pictures will follow with a spin-off newly set for release in spring 2023, will finish its second weekend with a box office haul of $91.1m after robust ticket pre-sales led to a pandemic-best opening over Memorial Day weekend.

Conjuring 3, from The Curse of la Llorona director Michael Chaves taking over from Wan, is a hybrid release and will stream on HBO Max without additional cost to subscribers for 28 days. Conversely, AQP2 won’t stream on Paramount+ until 45 days after its May 28 theatrical premiere.

The latest entry in Warner Bros. and New Line Cinema’s Conjuring Universe, about paranormal investigators Ed (Patrick Wilson) and Lorraine Warren’s (Vera Farmiga) case file involving a murder suspect claiming demonic possession as a defense, is 61% “fresh” on Rotten Tomatoes — down from the 2013 original (86%) and the 2016 sequel (80%). A Quiet Place 2, the next chapter in the silent survival story of Evelyn Abbott (Emily Blunt) and her two children, is “certified fresh” at 90%, down from the 96% of the 2018 original that also starred Krasinski.

The Conjuring 3 “might technically be an entry into the proper series, as it’s inspired by a Warren case file and stars Wilson and Farmiga, but outside of those minimum requirements, there’s little about this film that either sets itself apart from its peers or elevates it to the quality of its predecessors,” reads an excerpt of the spoiler-free review from ComicBook.com‘s Patrick Cavanaugh. “The chemistry between the leads feels genuine and palpable, yet other than this delightful dynamic and some new locales, we’re still mostly just given a highlight reel of startle scares that have been pulled off more effectively and in more inspired ways in countless other films.”

A Quiet Place Part II is a “chilling sequel every bit as good as its predecessor,” according to the spoiler-free review from ComicBook.com’s Charlie Ridgely. “The great performances and brilliant sound design of A Quiet Place Part II are all in service to Krasinski’s vision, the same one he had when approaching the first film. There was obviously a temptation to spend two hours building a world or explaining where the creatures came from. It would have been easy to move the whole thing to a bigger city, bring in a horde of new faces, and try to pack in scares around every corner. But Krasinski remained focused on just one thing: the story of the Abbotts. And what a beautiful story it is.”