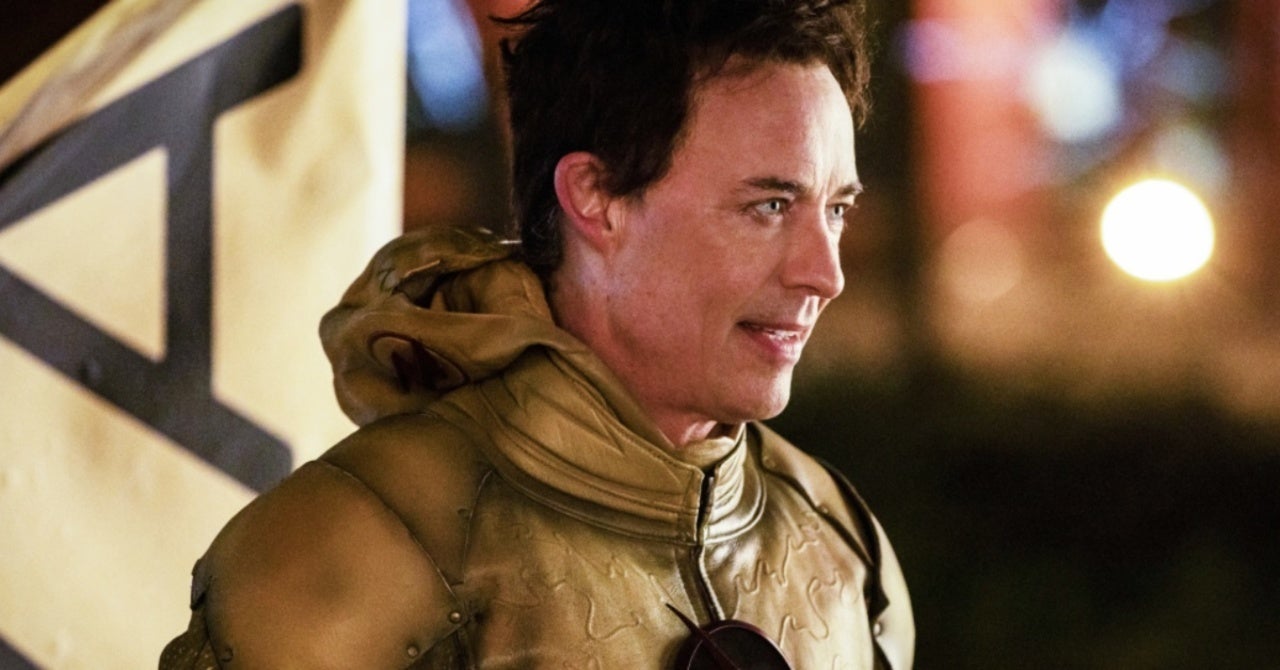 Last month, fans of The CW’s The Flash were hit with the news that Tom Cavanagh, who has played various versions of Harrison Wells as well as Eobard Thawne/Reverse Flash since the series’ debut, would be exiting the series in the current seventh season. The door remains open for the actor to return as a guest in the future and Cavanagh already has an idea for a perfect return. The actor told TV Line that he’d love to see Reverse Flash return for a final battle with The Flash (Grant Gustin) when the series eventually ends its run.

“I’m not saying that this is going to happen, but Greg [Berlanti} and I always felt that when Grant decides to depart the show, it’d be hard to imagine a scenario other than ‘Batman comes home to Joker,’ and Flash and Reverse Flash settle things,” Cavanagh said. “It’d be hard to imagine a different storyline — and that’s all I’m going to say right now.”

Cavanagh recently opened up about his decision to depart The Flash, telling Entertainment Weekly that getting to play so many versions of Harrison Wells had been an unexpected opportunity.

“No, that was my decision,” Cavanagh said. “It was definitely my decision. The first season was such a strong season, such strong writing. I think the accelerant to the first season was fear. When we did the first season, I don’t think we gave a lot of thought to the second season. We were like, ‘Let’s try to make something that sticks.’ And the thing that made the most sense was to go Flash vs. Reverse Flash [like] Superman vs. Lex Luthor, Batman vs. Joker. It makes perfect sense because you get the A story out there and then figure out if it does well enough to give you a second season. And at the end when Flash (Grant Gustin) and Reverse Flash fight, and Flash wins necessarily, I remember thinking, ‘Well, that’s it.’ Honestly, I was like, ‘I’m grateful to have been a part of that.'”

He continued, But then Greg Berlanti and I were speaking about it and the opportunity provided by the fact that this show is set in this fictional multiverse. You’re like, ‘This is certainly an opportunity.’ So then I was coming to the table with all these different characters. Ultimately when you think about, it’s another privilege as an actor because that is a rarity for the same actor to get to play multiple versions of a character. What a joy! I think that was, for me, a very fun run.”

The Flash airs Tuesdays at 8/7c on The CW.

What do you think about Tom Cavanagh‘s departure from The Flash? Would you like to see him come back as Reverse Flash? Let us know in the comments.