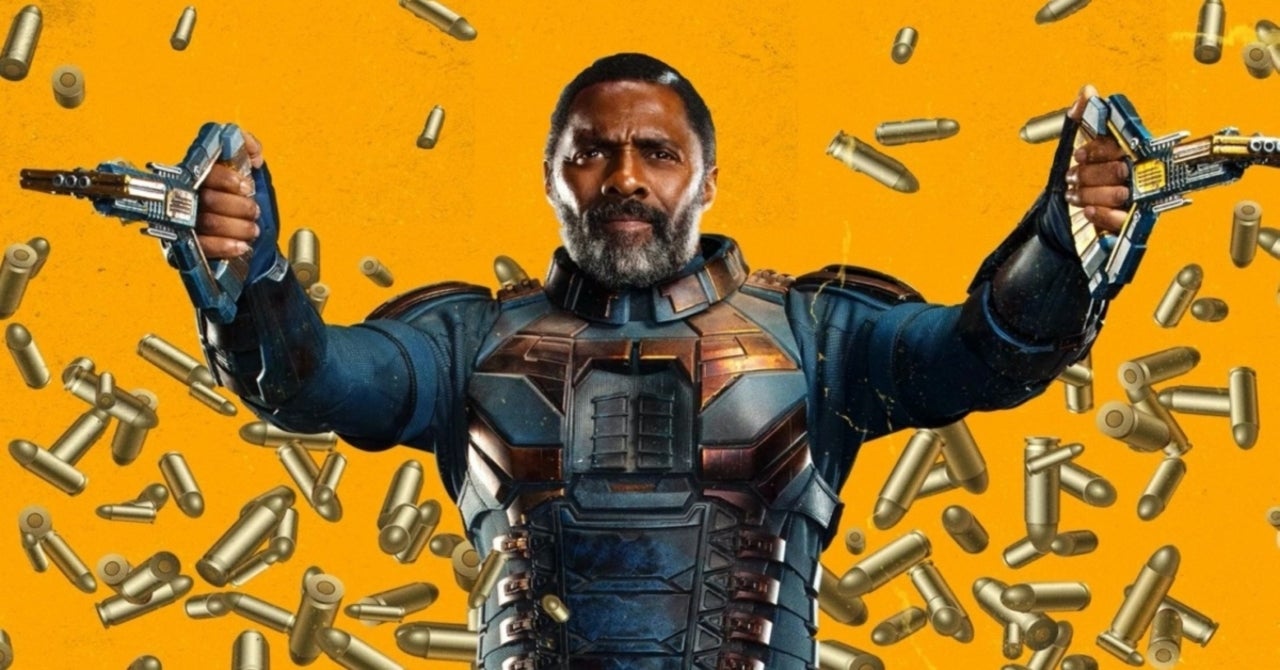 The Suicide Squad director James Gunn says there’s a “possibility” Idris Elba will be back in action as armored assassin Bloodsport but shoots down “false” reports of a spin-off. Gunn, who spins out the Christopher Smith (John Cena) character in the action-packed Peacemaker series on HBO Max, has hinted at other extensions of his Suicide Squad standalone that teams Bloodsport with costumed criminals like the fantabulous Harley Quinn (Margot Robbie) and Ratcatcher 2 (Daniela Melchior). Asked about a rumored Bloodsport spin-off on Twitter, Gunn answered:

“There is a possibility of seeing more #Bloodsport in the near future – something I’d love to see! – but there is nothing currently in development,” said Gunn, confirming the fan blog-tweeted story “is false.”

There is a possibility of seeing more #Bloodsport in the near future – something I’d love to see! – but there is nothing currently in development. So this story is false. https://t.co/D5CVEkKkLf

The Suicide Squad introduces Elba to the DC Extended Universe as Robert DuBois, the man who shot Superman and hospitalized the Man of Steel with a Kryptonite bullet. Elba recently addressed early rumors he was replacing Will Smith as Deadshot, the sharp-shooting killer jailed by Batman (Ben Affleck) in Suicide Squad, telling Entertainment Tonight:

“Those rumors would be natural because Will said he wasn’t joining the second movie [The Suicide Squad], so it was quite natural for audiences or fans to think that I would be taking over the Deadshot character. Because the Deadshot character lived in the other movie,” Elba said. “But I’m really satisfied that James didn’t want to do that, I didn’t want to do that. Deadshot is a great character, and Will slays it, so I was really keen the audience and fans kept that rumor going [laughs].”

Gunn previously told ET there are “ideas” for a Suicide Squad 3 or other spin-offs out of the less-heroic side of the DC Extended Universe, saying earlier this month, “I have all sorts of ideas, and we talk about it all the time. So I don’t feel like I’m done with this villain-verse yet.”