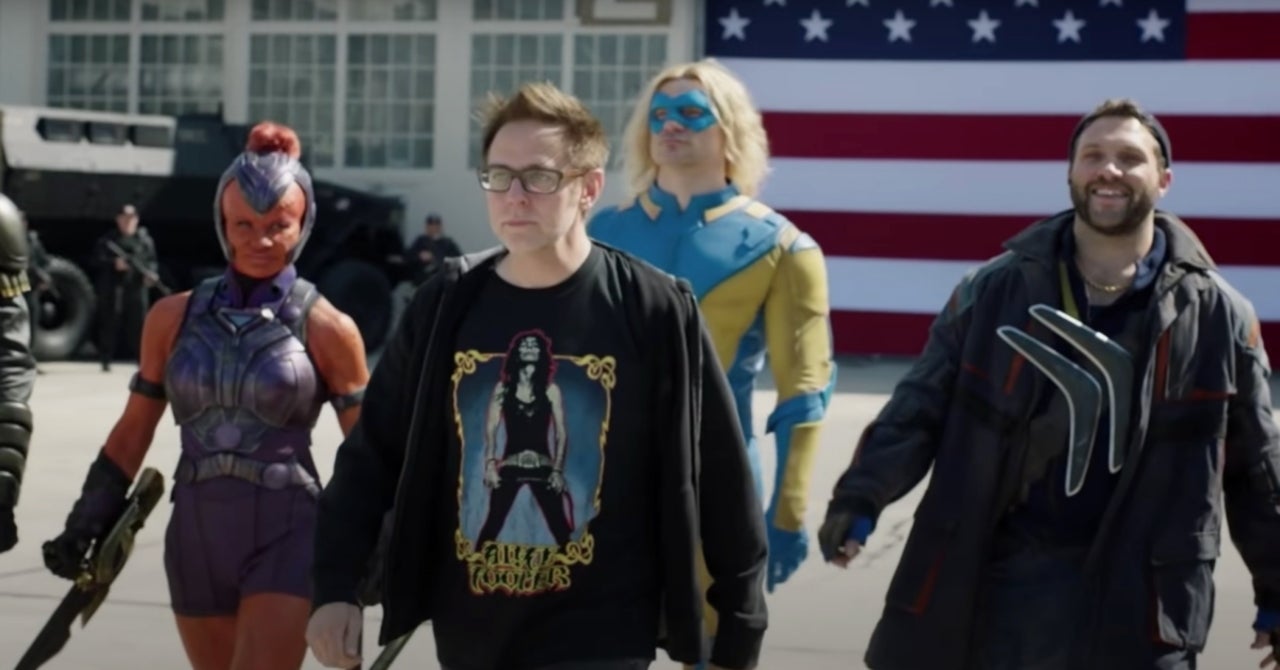 At long last, James Gunn‘s take on DC’s most infamous villain team-up is finally making its way to the big screen. And by big screen, we mean the biggest screens possible. The Suicide Squad was shot specifically for IMAX, making IMAX theaters the best place to experience the action when it arrives in a few weeks. On Wednesday morning, IMAX released a brand new featurette for The Suicide Squad that’s packed with new footage, as well as Gunn and his team discussing why it’s best to head to the theater.

The new footage really highlights the scope of The Suicide Squad, showing off just how big the film will actually be, especially when seen in a movie theater. You can check out the full video below.

Get a glimpse inside the mind of @JamesGunn as we go Behind the Frame of his latest film, @SuicideSquadWB. Take it from him, seeing it in IMAX is the BEST way to experience #TheSuicideSquad. https://t.co/fxromWeILp pic.twitter.com/nJZcXKUKEY

“Get a glimpse inside the mind of [James Gunn] as we go Behind the Frame of his latest film, [The Suicide Squad],” reads the tweet from IMAX. “Take it from him, seeing it in IMAX is the BEST way to experience [The Suicide Squad].”

While The Suicide Squad‘s “official” release date is slated for August 6th, it will actually be hitting theaters on the night of August 5th, allowing fans to see it a tad earlier than expected.

Margot Robbie will once again take on the role of Harley Quinn in The Suicide Squad, reprising her role from David Ayer’s 2016 Suicide Squad and Cathy Yan’s Birds of Prey. Viola Davis’ Amanda Waller, Joel Kinnaman’s Rick Flagg, and Jai Courtney’s Captain Boomerang will also be returning for the sequel/reboot. New cast members include John Cena as Peacemaker, David Dastmalchian as Polka-Dot Man, Daniela Melchior as Ratcatcher 2, Idris Elba as Bloodsport, and Peter Capaldi as The Thinker. King Shark is being voiced by Sylvester Stallone.

Gunn wrote and directed The Suicide Squad, and he will be continuing with the franchise with a TV series about Cena’s Peacemaker, which will hit HBO Max next year.

What do you think of the new Suicide Squad footage? Will you be checking it out in IMAX when it hits theaters? Let us know in the comments!