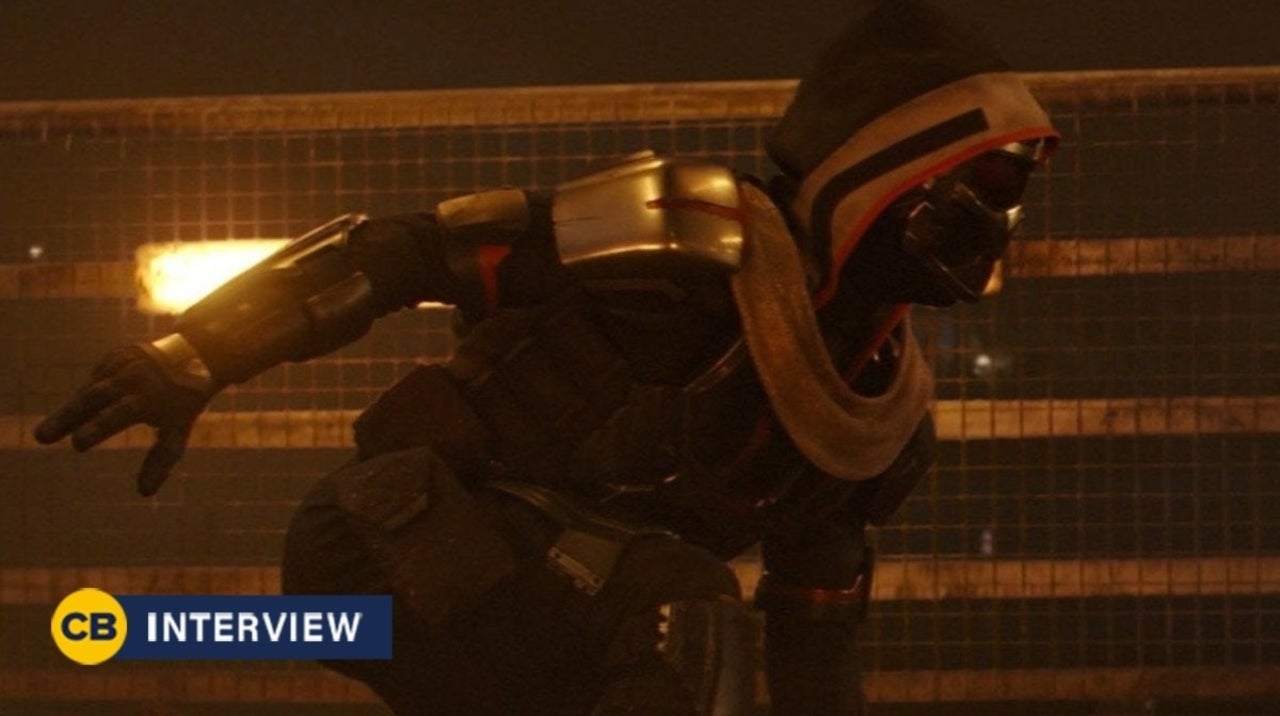 Black Widow was finally released this month after a long pandemic-related delay, and it’s been met with a lot of love from critics and fans alike. The movie features many big names ranging from Scarlett Johansson as Natasha Romanoff/Black Widow to MCU newcomers Florence Pugh (Yelena Belova), David Harbour (Red Guardian), and Rachel Weisz (Melina Vostokoff). Warning: Black Widow Spoiler Ahead! One surprising turn of events in the film was the reveal that Taskmaster was being played by Olga Kurylenko who is best known for portraying Camille in the James Bond movie Quantum of Solace. ComicBook.com recently had the chance to chat with Kurylenko and she opened up about wearing the Taskmaster costume.

“The Taskmaster’s skills are very complex and amazing and almost unbeatable, so a few people had to be involved in doing stunts for the character. And, yeah, I wish could do everything by myself. That’s so much fun. I mean, it’s so much fun… the moves. I mean, I love stunts and I love martial arts and just moving and doing all these things. I enjoy it personally. So, I mean, obviously, I would love to do as much as possible. But that costume is quite something. It doesn’t make it easy to do those moves in that costume because it’s quite bulky and heavy, and it feels hot inside,” Kurylenko shared.

She added, “It took a while and I needed more than one person helping me. So there’s no way you can get dressed by yourself. So, yeah, it’s a whole big deal. And of course, the makeup also. The first hours in the makeup chair were long because it takes a long time to do all of that without giving out the… without spoilers, I’m not going to say, but the whole thing is a lot of work, and that’s what’s so exciting. Because in the end, the ending look is really cool. I’ve never played a character, I mean, that cool, that complex. So it’s just very, very exciting.”

During the chat, Kurylenko also talked about her character’s potential future within the MCU.

“That’s what’s so exciting about her. There are so many directions she could go. She could go so many different ways. And because there’s a battle in her between the good and the evil, and she has both and she is both, obviously she has the skills, but in the end, as you say, that spell is off her and she’s not under control anymore. So there is this potential freedom and it could go that way. Who knows?
The thing is, it’s exciting. It could be anything. There’s a lot to explore. But the skills are indeed incredible and, yeah, the character could, I mean, do a lot,” Kurylenko shared.

Black Widow is now in theaters and streaming on Disney+ Premier Access. If you haven’t signed up for Disney+ yet, you can try it out here.