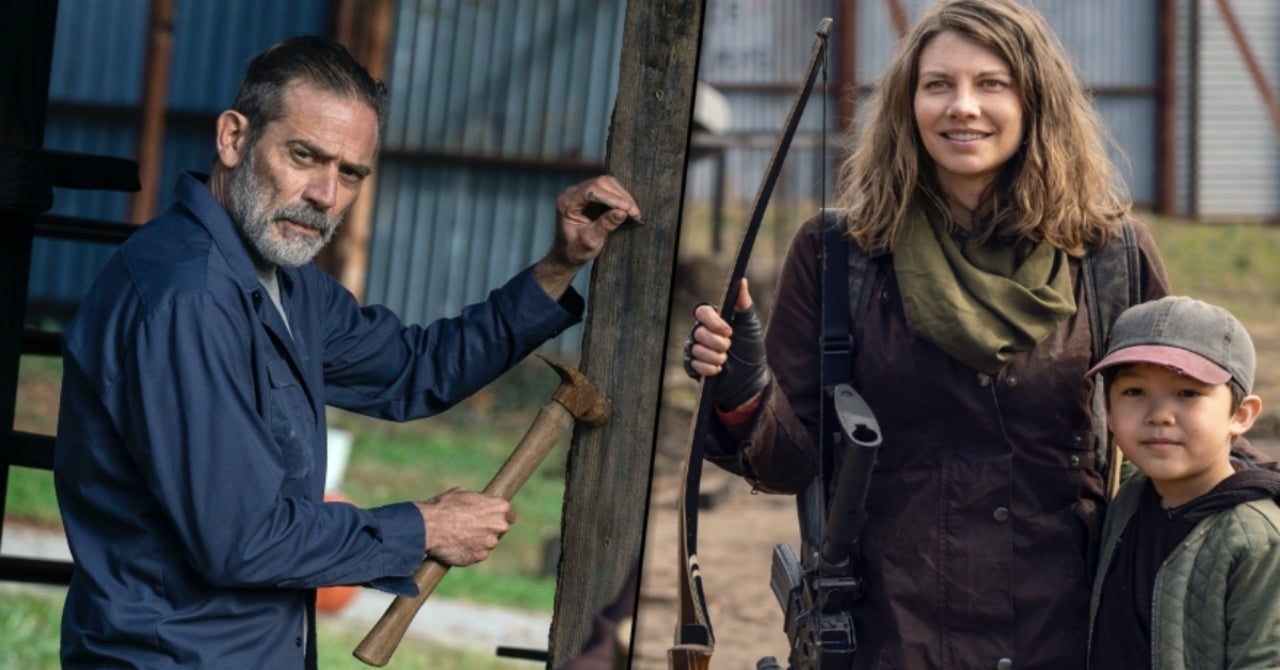 The Walking Dead viewers vote on what it would take for Maggie (Lauren Cohan) to forgive Negan (Jeffrey Dean Morgan) for killing Glenn (Steven Yeun), the father of her son Hershel Rhee (Kien Michael Spiller). Years after Maggie decided against executing Negan in the Season 9 episode “What Comes After,” leaving him to rot behind bars for his crimes, the enemies are living behind the same walls and forced to work together to save a starving Alexandria in “Acheron: Part 1.” A Talking Dead poll aired ahead of the Season 11 premiere revealed what most viewers believe to be the only way Maggie might forgive Negan: saving her son.

Morgan believes bonding with Hershel might be Negan’s path to forgiveness, saying at San Diego Comic-Con 2020: “I think he has a relationship with young kids that is very honest, and I don’t think that he would shy away from letting this kid know who he is, and try to work through it.”

“I think that may be a way — we’ll see, I’m not a writer on this show — but that may be a way that Maggie sees a different side of Negan, as well,” added Morgan of Hershel and Negan. “I think initially she’ll just want to kill him, but we’ll see what happens.”

Showrunner Angela Kang previously revealed Maggie returning home and having to co-exist with her husband’s killer is part of an “emotional story” to unfold in Season 11A, where the survivors are hunted by their most fearful foes yet: the Reapers.

“We got interested in these questions of, can somebody redeem themselves? Can there be forgiveness? Is forgiveness owed? Is there an apology that can be made? Can enemies work together in a productive way, or are you always doomed to repeat the same patterns that got you to become enemies to begin with?” Kang said on Talking Dead. “There’s no easy answer to those kind of questions, they’re things that society deals with, so we thought that was really interesting to delve into with those two characters.”

Follow the author @CameronBonomolo on Twitter for all things TWD Universe. The Walking Dead Season 11 airs Sundays at 9/8c on AMC.