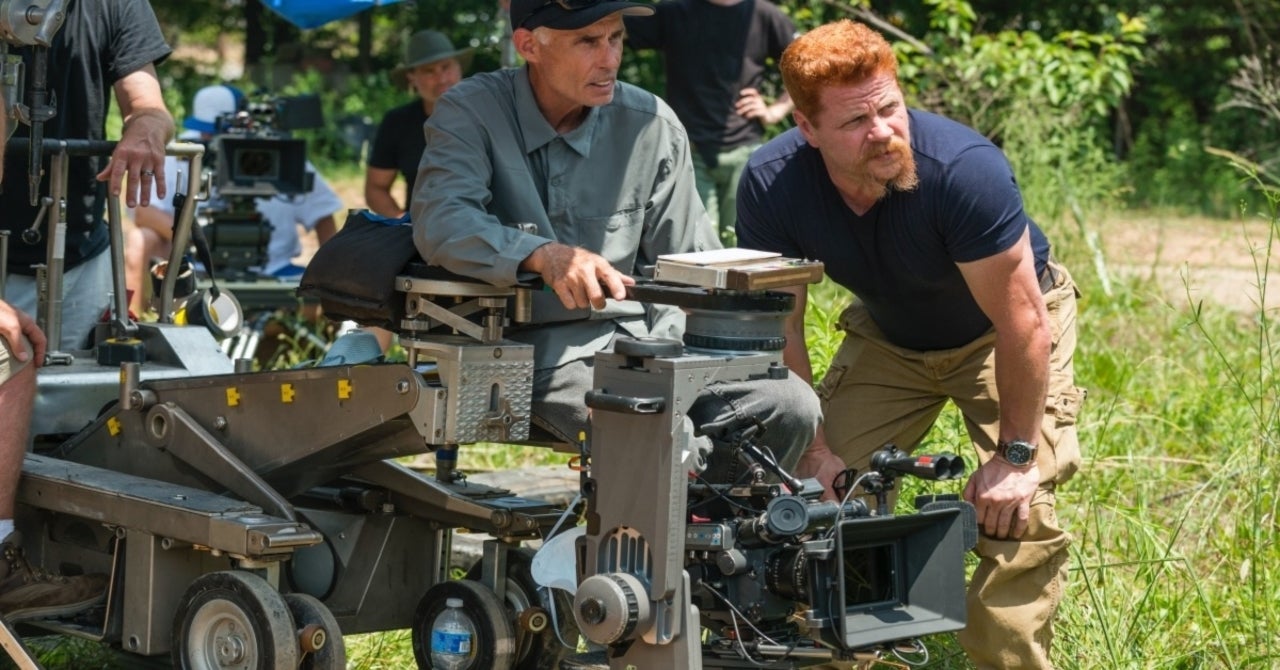 Michael Cudlitz is back on the set of The Walking Dead — again as a director. The Abraham Ford actor, who starred in seasons 4-6 until his character’s death at the end of Negan’s (Jeffrey Dean Morgan) baseball bat in the Season 7 premiere, reveals he will direct at least one episode of the 24-episode Final Season. Cudlitz previously returned to the series as a first-time director on the Season 9 episode “Stradivarius,” later stepping back behind the camera for the Season 10 episodes “Silence the Whisperers” and “Open Your Eyes,” as well as two episodes of spin-off The Walking Dead: World Beyond.

Cudlitz revealed his directing duties with a photo from the pandemic-proofed Georgia set of The Walking Dead Season 11, which came back to life in early February following a lengthy hiatus due to coronavirus. The expanded new season, split into three parts with eight episodes each, will air through 2022.

To match the number of episodes in the super-sized season, showrunner Angela Kang said The Walking Dead is back to its “usual scope and scale” after the six smaller-scale bonus chapters that extended Season 10 earlier this year. Episodes like “Home Sweet Home” and “Here’s Negan” were the first to film during the pandemic under new health and safety protocols documented in the streaming special The Walking Dead: Making the Extended 10th Season.

“Just in very broad terms, I’ll say that Season 11, we get to come back more of our usual scope and scale that people are used to,” Kang previously told Entertainment Weekly. “So we’ll start seeing more stories again like the first episode — it’s got everybody on earth in the episode. And tons of zombies and lots of action and fun and intrigue, and locations we’ve never seen, and things like that. So just stylistically, there will be a change from these six [episodes] that we just watched back into our normal season.”

First-time TWD director Kevin Dowling (The Americans, The Strain, 13 Reasons Why) is behind the camera on the two-part season premiere “Acheron: Part I” and “Acheron: Part II.” The Walking Dead returns Sunday, August 22, on AMC.