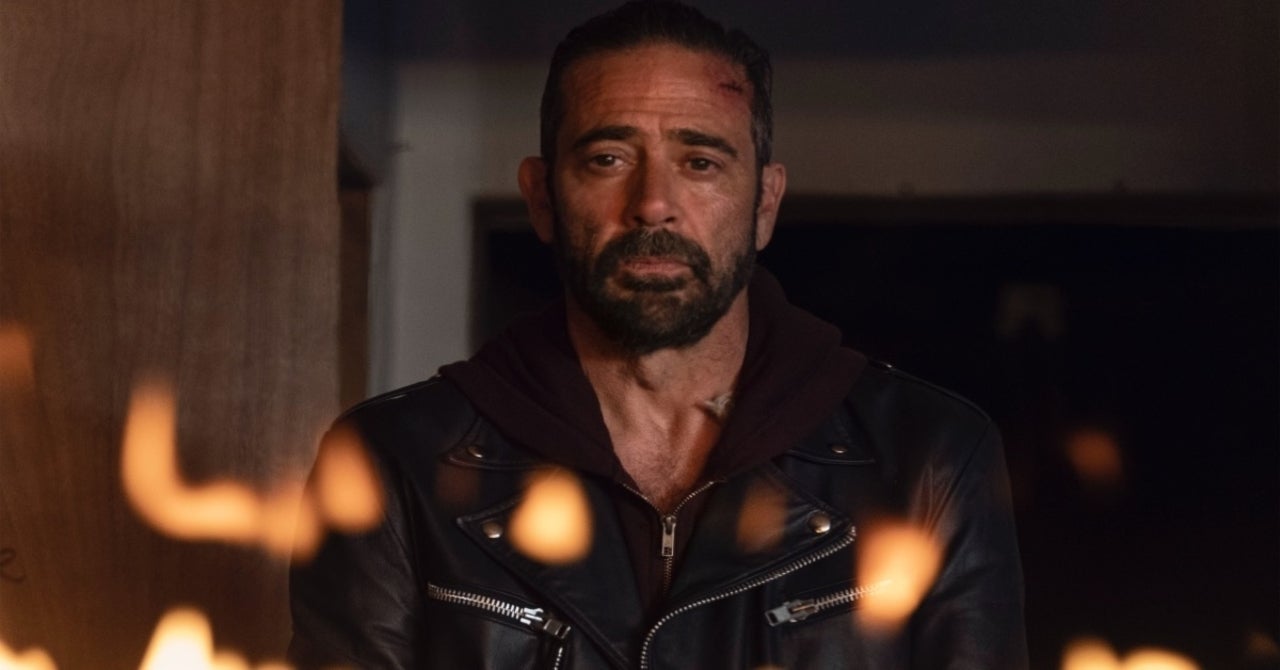 Morgan and his wife, first-time Walking Dead guest star Hilarie Burton Morgan, received critical acclaim for their roles as married couple Negan and Lucille Smith in “Here’s Negan.” The Season 10 finale takes place in the earliest months of the zombie apocalypse, revealing the origin story of the bat-swinging villain and a tragic love story with his cancer-stricken wife.

AMC Networks previously submitted Morgan for consideration in the Outstanding Supporting Actor in a Drama Series category at the 73rd Emmy Awards, which will announce its nominees on July 13.

Negan returns in the eleventh and final season of The Walking Dead, premiering August 22, where the ex-villain struggles to survive as part of the community now home to the widowed Maggie Rhee (Lauren Cohan).

“Negan killed Maggie’s husband, and burnt down her house, so it’s just not going to be an easy road, I think, for either of them,” showrunner Angela Kang said about a Negan and Maggie reunion in Season 11 during last year’s virtual San Diego [email protected] “And Negan’s been on this whole other journey while she’s been gone, but it’s sort of like Maggie is coming in and she hasn’t seen any of that.”

The Season 11 premiere of The Walking Dead is streaming early August 15 on AMC+, one week before its August 22 premiere on AMC. Follow the author @CameronBonomolo on Twitter for all things TWD.