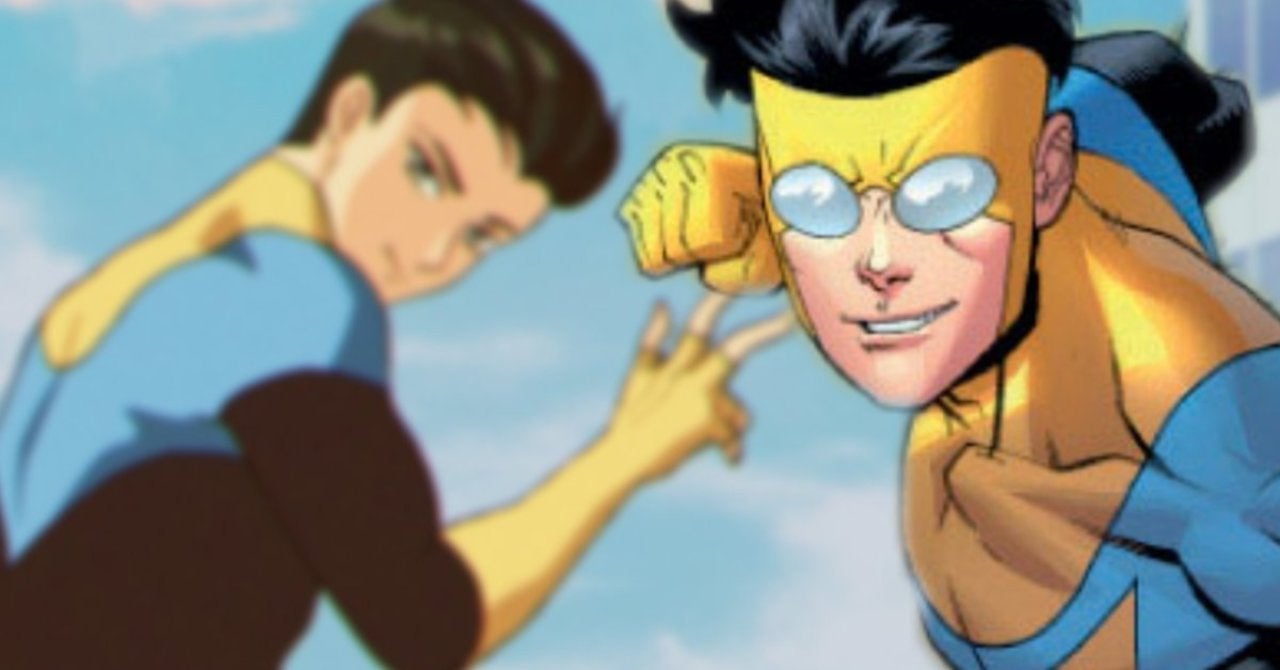 One cool art has gone viral for giving Invincible‘s Mark Grayson a full Shojo anime makeover! Debuting earlier this Spring with Amazon Prime Video, Invincible took over for a quite a few weeks. Introducing fans to a new kind of animated hero world, the animated series taking on Robert Kirkman and Cory Walker’s original Image Comics run seemed to strike a chord with all kinds of fans. Surprisingly enough, this seemed to also spark something with anime fans as well as the medium has previously taken on dark stories like this with the same fervor.

But while you would first probably think that a potential Invincible anime would be better fit for a direct action series type of adaptation, it turns out that Mark Grayson’s hero look can fit into pretty much any kind of style well. As artist @kirameks on Twitter showed, Invincible would look pretty cool in the style of a 1990s Shojo-styled anime much like Revolutionary Girl Utena, Phantom Thief Jeanne and more. It’s so great that it’s definitely taken off with fans, and you can check it out below:

Invincible, but as a 90s shoujo anime ✨ pic.twitter.com/U5CQYQ8VZL

Invincible was such a hit with fans that following the end of the first season, Amazon confirmed that the series will be returning for not only a second season but a third as well. The first season ended with plenty of fun teases and threads to explore with new episodes, and the series’ team has revealed that work has already begun on its Season 2 comeback. With so much support from fans, it’s not a mystery as to why things are moving fast with this one.

If you wanted to check out the animated series for yourself, Invincible is currently streaming with Amazon Prime. Starring Steven Yeun, Sandra Oh, J.K. Simmons, Walton Goggins, Zazie Beetz, Mark Hamill, Mahershala Ali and more, the series is described as such, “Invincible is an adult animated superhero series that revolves around 17-year old Mark Grayson, who’s just like every other guy his age – except his father is the most powerful superhero on the planet, Omni-Man. But as Mark develops powers of his own, he discovers his father’s legacy may not be as heroic as it seems.”

Have you checked out Invincible‘s animated series? If so, what did you think? If not, what’s holding you back? Let us know all of your thoughts on everything Invincible in the comments!