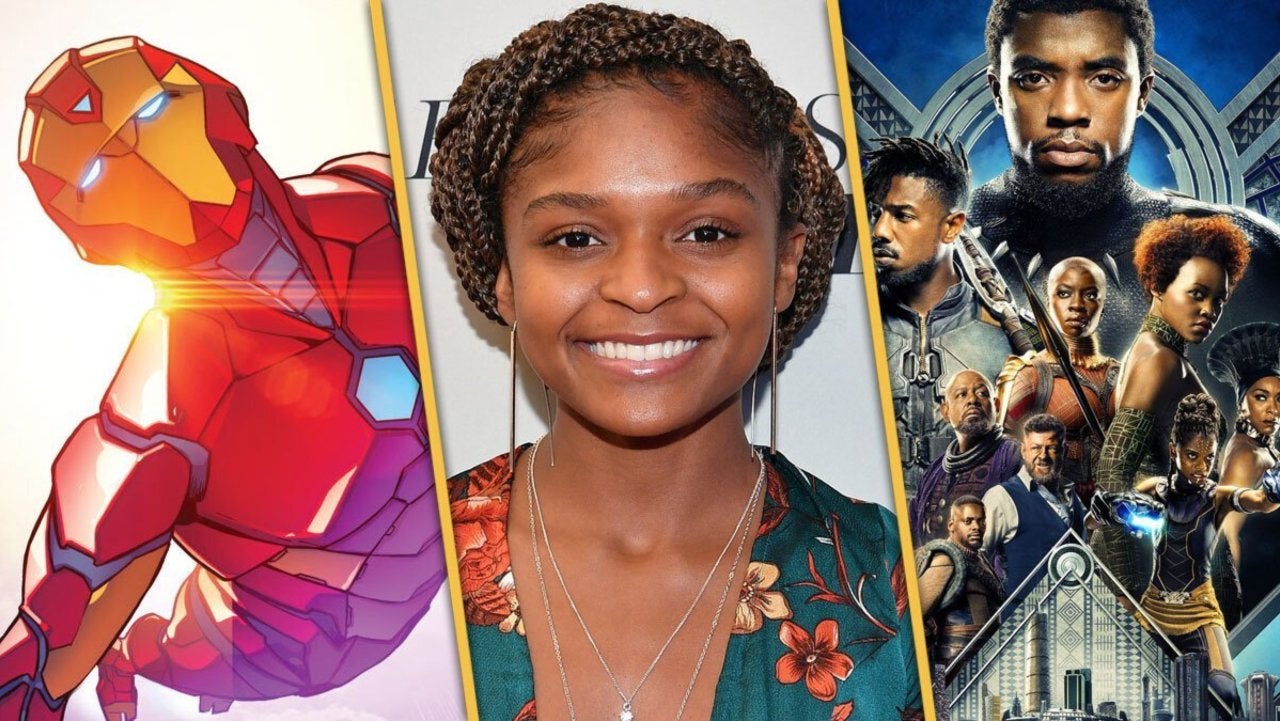 Filming is now underway on Black Panther: Wakanda Forever, and there’s definitely a lot of curiosity around what the Marvel Cinematic Universe blockbuster will bring. In addition to honoring the legacy of franchise star Chadwick Boseman, and continuing the stories of the film’s supporting cast of characters, we now know that the project will feature the live-action debut of Riri Williams / Ironheart (Dominique Thorne), before she goes on to star in her own Disney+ exclusive series. Set photos have already surfaced showing Thorne on the film’s set in Massachusetts, and new photos, which you can check out below, provide the best look yet at her in costume.

The news of Ironheart factoring into Wakanda Forever was confirmed by Marvel Studios president Kevin Feige himself, who told ComicBook.com‘s Brandon Davis that Riri would make her debut in the film.

“We’re shooting Black Panther: Wakanda Forever, right now, and the character of Riri Williams, you will meet in Black Panther 2 first,” Feige said in an interview surrounding the release of Shang-Chi and the Legend of the Ten Rings. “She started shooting, I think, this week before her Ironheart series.”

The Ironheart Disney+ series was confirmed at last year’s Disney Investor Day presentation. The series will follow Riri, a teenage girl and genius inventor who goes on to create the most advanced suit of armor since Iron Man. Earlier this year, it was confirmed that Snowpiercer writer, playwright, poet, and educator Chinaka Hodge would be serving as showrunner.

“I was at home in Delaware and I got a call asking if I would like to play this role. It was the best phone call I could have ever received,” Thorne told Empire Magazine earlier this year. “I was so shocked, in fact, that there was a considerable lag in the conversation! (laughs) I was waiting for them to say, like, ‘Oh, we’ll send you the sides’ or, ‘Get your tape over to us.’ But there was none of that. It was just like, ‘Would you like to do this?’ It was probably the most unique experience I’ve ever had because there was no audition at all.”

What do you think of the newest look at Riri Williams/Ironheart on the set of Black Panther: Wakanda Forever? Are you excited to see Ironheart make her debut in the film? Share your thoughts with us in the comments below!

Black Panther: Wakanda Forever is set to debut in theaters on July 8, 2022.