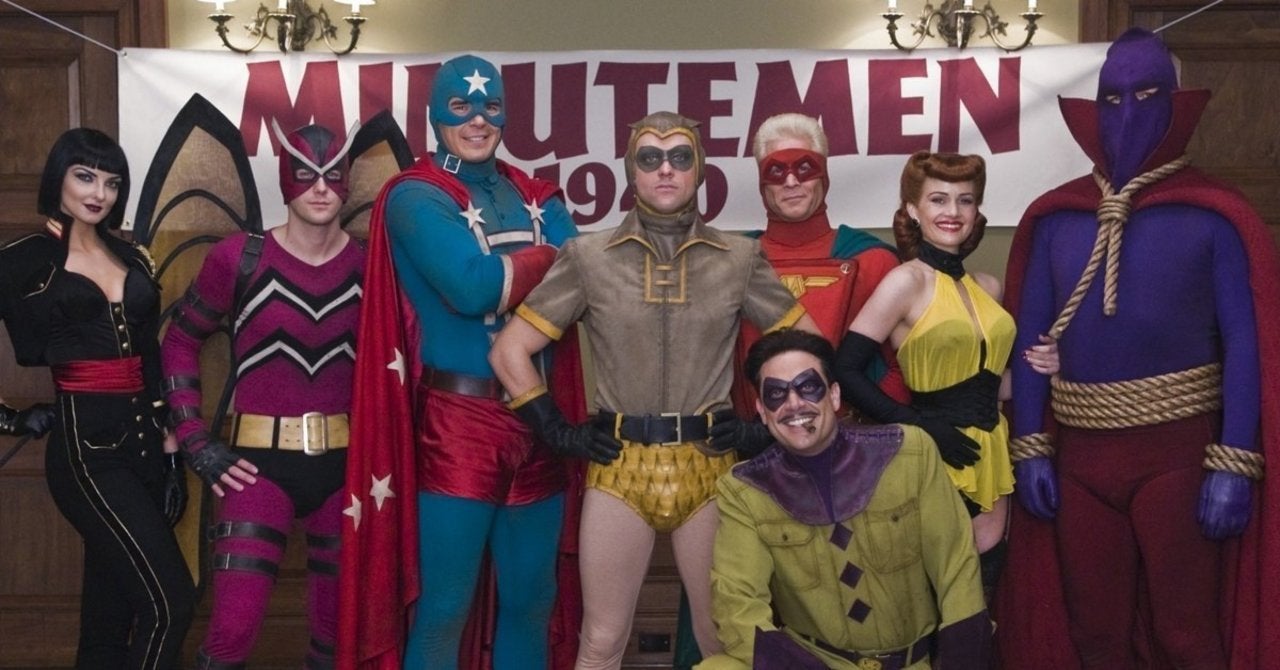 Actor Carla Gugino has starred in a number of adaptations of beloved comic book and superhero stories, having played Silk Spectre in Zack Snyder’s Watchmen and Lucille in Robert Rodriguez’s Sin City, and while her career continues to see her exploring diverse opportunities, she’s totally open to returning to the world of superheroes for the right project. Given her talents and passionate following, Gugino is often a name that fans toss out when theorizing about who could bring specific comic book characters to life, with Gugino also having lent her voice to Snyder’s Man of Steel, Batman v Superman: Dawn of Justice, and Justice League. Gugino can currently be seen in Netflix’s Gunpowder Milkshake.

“Absolutely there is. I feel like, to me, it’s all about the characters and the people I’m collaborating with. If that were to come about in a superhero movie, I would love to, it’s been a while,” Gugino confirmed with ComicBook.com when asked about an opportunity to return to the comic book world. “It’s been a while since I’ve done that, so I would be totally in for that. I do also love original material. I think, clearly, we’re in a world where we’re rebooting so many things that I do feel refreshed when there’s a new story. There’s absolutely no question about that.”

She continued, “I did a show called ‘Jett’ that just actually came on to HBO Max, where I play a thief and it’s a very Elmore Leonard-influenced crime show, and it’s also got Giancarlo Esposito and Jodie Turner-Smith and a bunch of great people in it. But that was also one where it feels very iconic, but it’s totally original. So I think when you can do that, it’s great. But yeah, in the same way that Shakespeare has been done many times, if we can keep reinventing and making things great, then it’s worth doing them.”

In Gunpowder Milkshake, Sam (Karen Gillan) was only 12 years old when her mother Scarlet (Lena Headey), an elite assassin, was forced to abandon her. Sam was raised by The Firm, the ruthless crime syndicate her mother worked for. Now, 15 years later, Sam has followed in her mother’s footsteps and grown into a fierce hit-woman. She uses her “talents” to clean up The Firm’s most dangerous messes. She’s as efficient as she is loyal. But when a high-risk job goes wrong, Sam must choose between serving The Firm and protecting the life of an innocent 8-year-old girl — Emily (Chloe Coleman). With a target on her back, Sam has only one chance to survive: Reunite with her mother and her lethal associates, The Librarians (Michelle Yeoh, Angela Bassett, and Gugino). These three generations of women must now learn to trust each other, stand up to The Firm and their army of henchmen, and raise hell against those who could take everything from them.

Would you like to see the actor take on a new superhero? Let us know in the comments below or contact Patrick Cavanaugh directly on Twitter to talk all things horror and Star Wars!