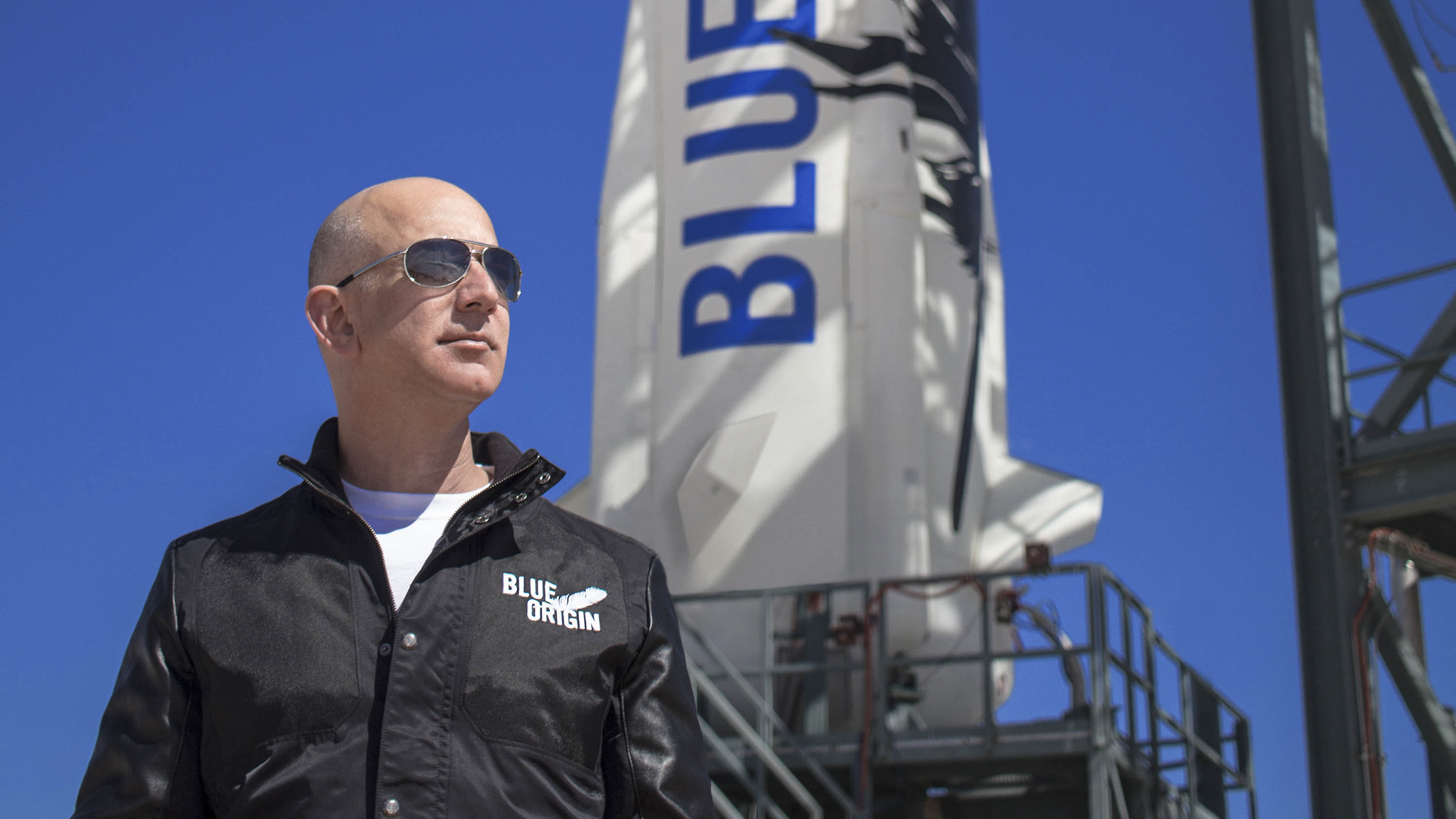 Jeff Bezos should feel mildly confident that he’s not going to be blown to smithereens during his upcoming jaunt to space. Though riskier than many other things the world’s wealthiest billionaire might do, the first crewed flight of his New Shepard rocket will be about as dangerous as the majority of other spaceflight launches, according to two experts consulted by Live Science.

Bezos, the former CEO of Amazon, will partake in an 11-minute journey along with three other crew members on July 20, an event set to coincide with the 52nd anniversary of the Apollo 11 moon landing, as Live Science previously reported. The New Shepard capsule, which operates autonomously and can hold up to six passengers, will launch from a West Texas launchpad to a height of 62 miles (100 kilometers), often regarded as the boundary of space.

Spaceflight is an inherently risky business. The main factors affecting that risk include the experience level of the launch company, the number of launches a particular vehicle has performed and the type of rocket engine used, Joseph Fragola, the CEO of Asti Group, LLC and an independent systems engineer who has calculated risk for NASA for decades, told Live Science.

Adding to Blue Origin’s confidence levels are the fact that New Shepard will take only a short excursion, not enter orbit, and will use a relatively simple single engine, Blake Putney, an electrical engineer who has also worked on risk analysis for NASA vehicles, told Live Science.

Much of the risk in spaceflight depends on “how powerful and how complex your engine is, and how much time does it have to fail,” Putney said. The shuttle engines were complicated beasts that fired for a long time to carry their crews into orbit, meaning that a lot more could go wrong during the ascent.

After the 1986 Challenger disaster, Fragola calculated that the highly-complex fleet of space shuttles should see a failure at around 1 in every 120 launches — a number that turned out to be quite accurate given that the program flew 135 missions over 30 years and suffered two tragedies during that time, according to Space.com. (The Challenger space shuttle disintegrated just 73 seconds into flight, killing all seven crew members aboard.)

But both experts agreed that the majority of mature launch vehicles — meaning those that have flown several times, allowing their engineering teams to work out the bugs — should have a failure rate of roughly 1 in 1000 flights. While that could be okay for risk-taking astronauts, the average person might balk at such odds.

“Compared to airplanes, it’s ridiculously terrible,” Fragola said. “A U.S. aircraft is now bordering on between 1 in 100 million to 1 in a billion” chance of disaster.

Looking at Blue Origin’s experience so far, Fragola estimated that the odds of something going wrong with the rocket “would be between 1 in 100 and 1 in 500, with a best estimate of 1 in 200.”

Yet because New Shepard’s crew capsule sits far from its engine and has the opportunity to separate and escape in case of catastrophe, he would increase his estimate of the crew’s actual safety. Based on comparable systems, an abort procedure like this tends to have about an 80% success rate, he said, so the chances of Bezos and his fellow passengers not surviving their trip should be around 1 in 1000, or just about the same as any other astronaut on a rocket flight.

To put that in perspective, this is about the same risk the average American has from dying by drowning over their lifetime, according to the National Safety Council.

Putney wasn’t willing to give hard numbers to the success rate, but added that another big risk factor is the parachute system on the passenger vehicle that will be responsible for delivering the crew safely to the ground. “If the winds are blowing hard, and coming crossways, the [capsule] could tumble,” he said.

Given New Shepard’s short flight time, operators will be able to predict the weather with fairly high accuracy, and so Putney said they should have a fairly good handle on when to launch to best ensure the crew’s safety. He imagined that Bezos was probably taking on the same order of risk as Austrian daredevil Felix Baumgartner did during his 2012 record-breaking skydive from an altitude of 120,000 feet (36,576 meters).

Fragola compared the current era of human spaceflight with 1930s passenger aircraft expeditions. Until the Douglas DC-3 airplane came into service, the airline industry was experiencing failures roughly comparable to today’s best rockets, he said, and yet people still flew on planes.

So, would Fragola himself roll the dice and join Bezos if he could? “Absolutely! Tomorrow,” he said. “You pay for it, and I’ll be there.”

Editor’s Note: This story was updated to correct Felix Baumgartner’s nationality. He is Austrian, not Australian.