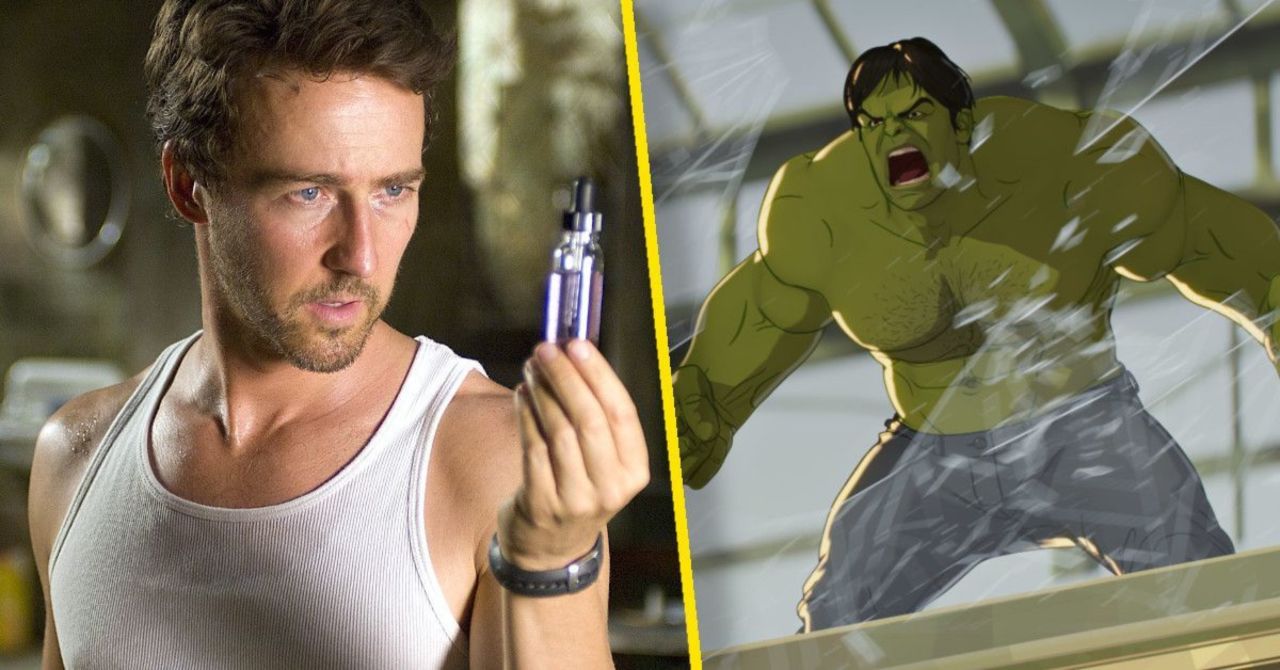 This week’s new episode of Marvel’s What If...? takes on the big question “What If… The World Lost its Mightiest Heroes?,” and with it tackles “Fury’s Big Week” and the near simultaneous events of Iron Man 2, Thor, and The Incredible Hulk. By revisiting the second film in the Marvel Cinematic Universe the animated series pretty heavily referenced a corner of their own lore that is seldom talked about by Marvel Studios (mostly because Universal Studios remains the owner of the distribution to the movie). The film is also seldom talked about because Edward Norton starred as the title hero, something that the series’ head writer joked about wanting to have happen in the show.

“It wasn’t much of a difference for me, I love all Marvel movies,” head writer A.C. Bradley revealed to Discussing Film when asked what it was like to revisit the film. “I’ve seen The Incredible Hulk probably three or four times. I love the bottle chase sequence in the beginning. We wanted to make sure that with all three movies we pulled iconic moments that people would recognize. So for The Incredible Hulk, it was the Culver University fight scene. We wanted to use, if possible, the fight in Harlem. But the Culver one lends itself better to the story, so we went there. I did joke early on, ‘If we can’t get Ruffalo back are we going to ask Norton?’ And I was told that Mark Ruffalo already agreed to do the show. He’s a very lovely human being, and he was great. He came in, had fun, and you really can’t get a better Hulk than Mark Ruffalo.”

Ruffalo voicing Banner in this episode offered a bit of a chance for him to explore that side of the character that he didn’t get to play on the big screen previously, interacting with the character of Betsy Ross (voiced by Stephanie Panisello in the series and not her live-action counterpart Liv Tyler).

Bradley also revealed that the concept of an episode tackling “Fury’s Big Week” was something that everyone at Marvel was well aware of and which they were keen to explore early on in the development of the show. He went on to note that in the original version that was pitched the episode was described as “almost a French farce” but they quickly realized that even though there are funny moments in the MCU, the movies aren’t comedies at their core.

Marvel’s What If…? streams new episodes every Wednesday on Disney+.

HumanCo Raises $35M In Star-Studded Round, Acquires Vermont Baker Against The Grain