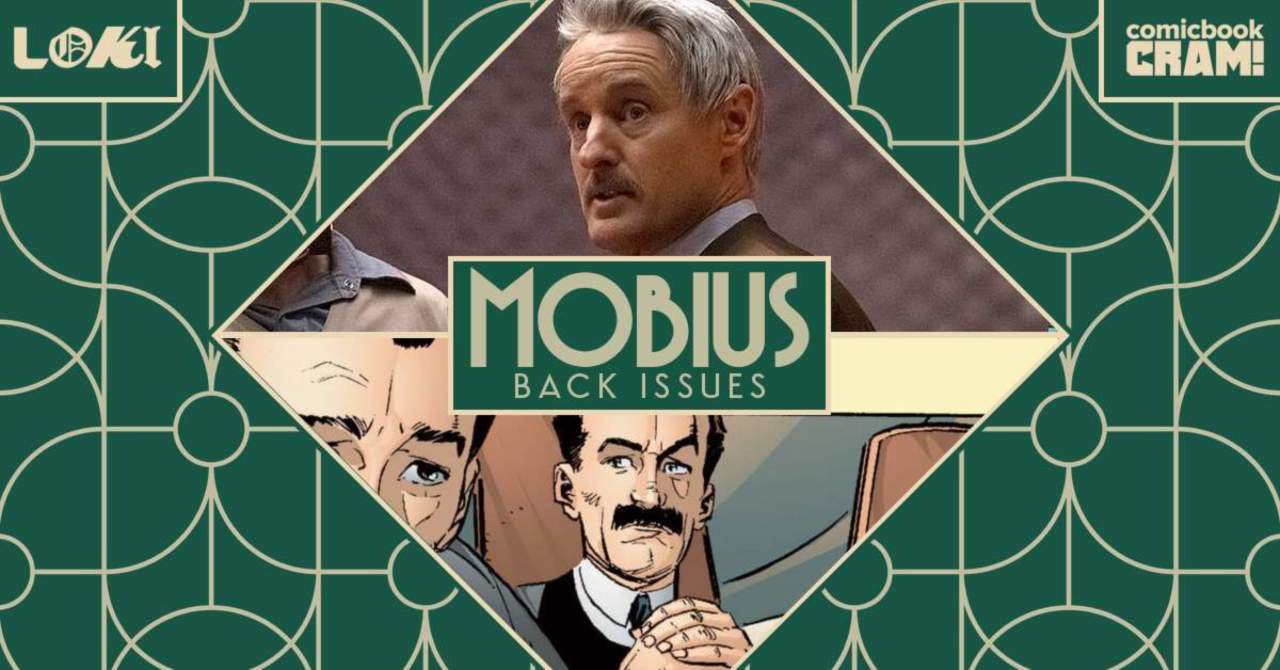 Loki is finally here and Owen Wilson has been all over the promotional art as Mobius M. Mobius. Now, Marvel fans want to know what part the character plays in the story, and for that, you have to go back to Fantastic Four #353 in 1991. In that story, he’s a junior manager in the bureaucratic agency known as the Time Variance Authority and, over time, he grinds his way to the executive level. Mobius has multiple run-ins with Marvel’s First Family during his rise to the top (As we all know, Reed Richards and his brood are no strangers to tinkering with the timeline). The Fantastic Four managed to escape the TVA and their Null-Time Zone headquarters; and it seems like a lock that by the end of this series, Loki will be trying to do the same thing. However, it probably won’t be all that simple.

People might not be aware, but Mobius actually owes his existence to Walt Simonson, the legendary comic artist and writer who was a big factor in the character’s Marvel comics — which helps tie this whole thing in one nice big bow. Simonson created the TVA in the pages of Thor #371. (Shout out to Sal Buscema’s evocative, otherworldly art!) They have an agent named Judge Peace (Judge Dredd expy that will make you chuckle) going around and trying to get people to adhere to their space/time laws. There are also members of the TVA made to help mete out judgment including Justice Liberty, Justice Love, and Justice Might. All of them serve under Mr. Alternity, the present director of the Authority.

Another important fact to keep in mind during Loki is that the TVA is essentially a bureaucracy. Most of these agents are governed by a strict sense of rules and regulations. (Funny enough, the interiors of the TVA seem to evoke 1970s office interiors. If you’ve ever been inside an old dentist’s office, you know what I mean!) Chronomonitors are the title for agents that staff the TVA, and most of them are comprised of artificial clones. In this way, the Authority can keep up with the numerous timelines that spring up. Each time a new branch on the “tree” is created, a new chronomonitor springs up to handle that territory. The first episode of Loki might just end up being explanations of the ins and outs of the TVA.

From the trailer, viewers can see that Loki doesn’t exactly have a ton of love for the “Time Keepers” and their way of doing things. (Sidebar: The Time Keepers in the comics were a race of humanoid aliens created by the last TVA director at the end of time. Their goal is to assure order by any means necessary, even if that means destroying timelines to do so. Once upon a time, they tried to stop Scarlet Witch from having kids because of the damage it would do to the timeline…) He quickly asserts that he is a god and not under their rules and restrictions. However, we have already seen that this kind of distinction doesn’t amount to much more than a hill of beans in the MCU. Thanos easily dispatched tons of god-level heroes and individuals in his quest for the Infinity Stones. It seems that Tom Hiddleston’s character is going to have to play by Mobius’ rules when the show hits Disney+.

It’s unclear at the moment that “continuity theft” plays into Loki. That was the original crime that the Fantastic Four were charged with when the TVA captured them in Fantastic Four #353. But! If you remember that Kevin Feige called this series a procedural crime drama at Disney Investor Day last year, it all starts to make a bit of sense. Mobius clearly needs the trickster’s help with recovering something that isn’t the Tesseract that he hopped away with near the end of Avengers: Endgame. There’s a big promotion seemingly on the line for the TVA agent and he receives that boost in the comics as of Fantastic Four Annual #27. At that point, he’s an executive manager and has a lot more power. Owen Wilson’s character clearly isn’t the face of the TVA yet, as you can see from how his superiors doubt his methods in trusting Loki.

Another big factor in most Mobius stories is his run-ins with the Kang Dynasty. Marvel fans who have been keeping track of the cinematic universe’s developments will no doubt be aware that Lovecraft Country star Jonathan Majors is signed on to be Kang the Conqueror in Ant-Man & The Wasp: Quantumania. So, Loki will probably have both the TVA member and the Asgardian run up against some form of the troublemaker during their run-time.

In an added bonus of Marvel nods, Mobius also comes into contact with She-Hulk numerous times in the past. For starters, the TVA tried to prosecute Jennifer Walters for trying to warn Hawkeye about his death before it occurred. That’s tampering with the timeline and could have tremendous effects on the flow of time. (Seeing as how the entire authority seems pretty perturbed by the way the timeline has been fudged with during the events of Avengers: Endgame, this makes complete and total sense.)

People are quitting their jobs in record numbers. Companies should take note – and treat them better | Arwa Mahdawi