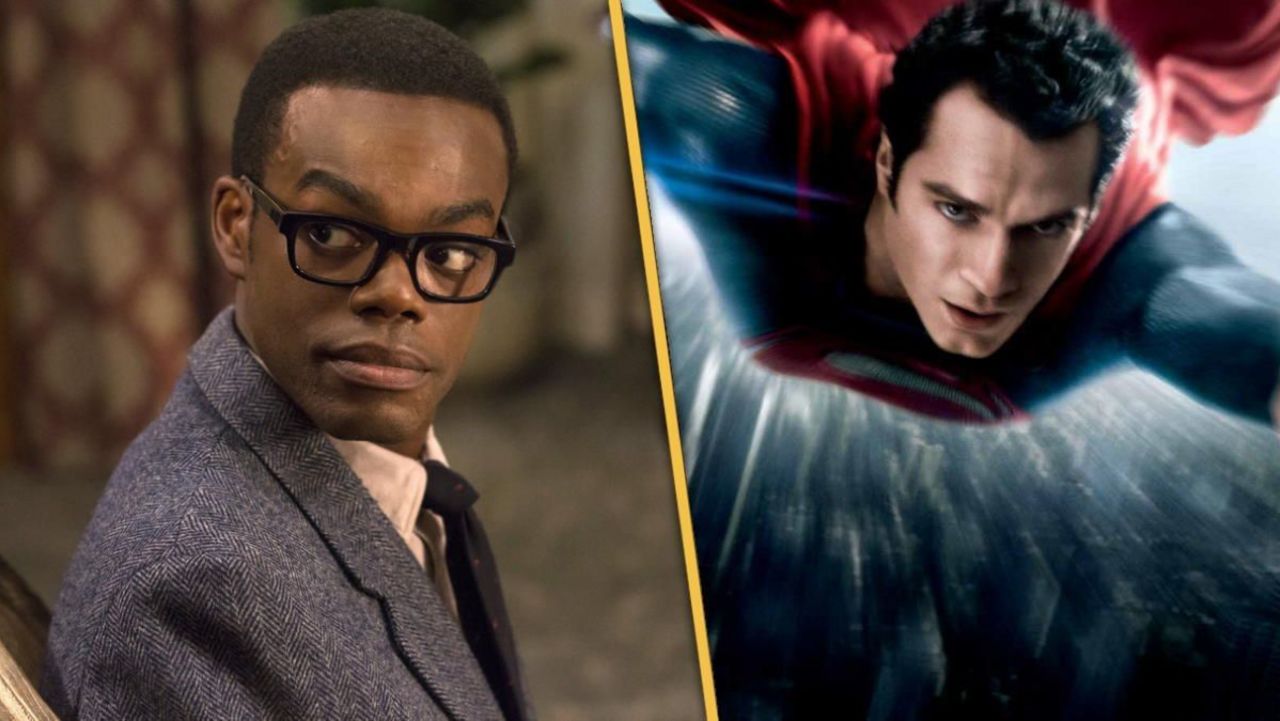 William Jackson Harper is pleasantly surprised by fans who want to see him play Superman. Warner Bros. set outgoing Black Panther comics writer and award-winning author Ta-Nehisi Coates to write a new Superman movie featuring a Black actor as Clark Kent. Many fans first thought of Michael B. Jordan for the role, but the Black Panther actor seems uninterested. Now fans are casting a wider net, and one star whose name has come up is Harper’s, known for playing the bespectacled Chidi Anagonye in The Good Place. Harper appeared on Jimmy Kimmel Live to discuss his latest project, Amazon Prime Video’s The Underground Railroad and touched on this online fan casting.

“It definitely blindsided me,” he says. “I was doing another interview and this guy was like, ‘Yeah, this got 55,000 likes,’ and I was like, ‘What? Why? Who knows me?’ But that would be dope. That would be the best thing that could happen to me, to be able to play Superman. I don’t want to do the diet and the exercise.”

When Kimmel asked if playing a character with glasses in The Good Place might have something to do with fans being able to imagine him as Clark Kent, Harper said, “I mean, I think so. That’s got to be the only explanation. Otherwise, I’m just a nerdy professor dude, so I don’t know.”

While J.J. Abrams is producing the new Superman movie, he will not direct. Instead, Warner Bros. — which will soon become a part of Warner Bros. Discovery — is searching for a Black director to helm the project. Barry Jenkins, who directs The Underground Railroad, has come in that search. However, as an in-demand name already attached to Disney’s The Lion King sequel, he may be out of reach. Similarly, Black Panther director Ryan Coogler might be in contention but is already busy with Marvel’s sequel, Black Panther: Wakanda Forever. Steven Caple Jr., J.D. Dillard, Regina King, and Shaka King are also reportedly on Warner Bros.’s shortlist of potential directors for the movie.

The Superman movie is reportedly a 20th century period piece. It will focus on a Black version of Clark Kent and not one of DC Comics’ Black Supermans from alternate universes, such as the pacifist Val-Zod from Earth-2 or President Calvin Ellis.

Would you like to see William Jackson Harper play Superman in the upcoming movie? Let us know in the comments.

Post Office scandal: 'I just forgot how to laugh'