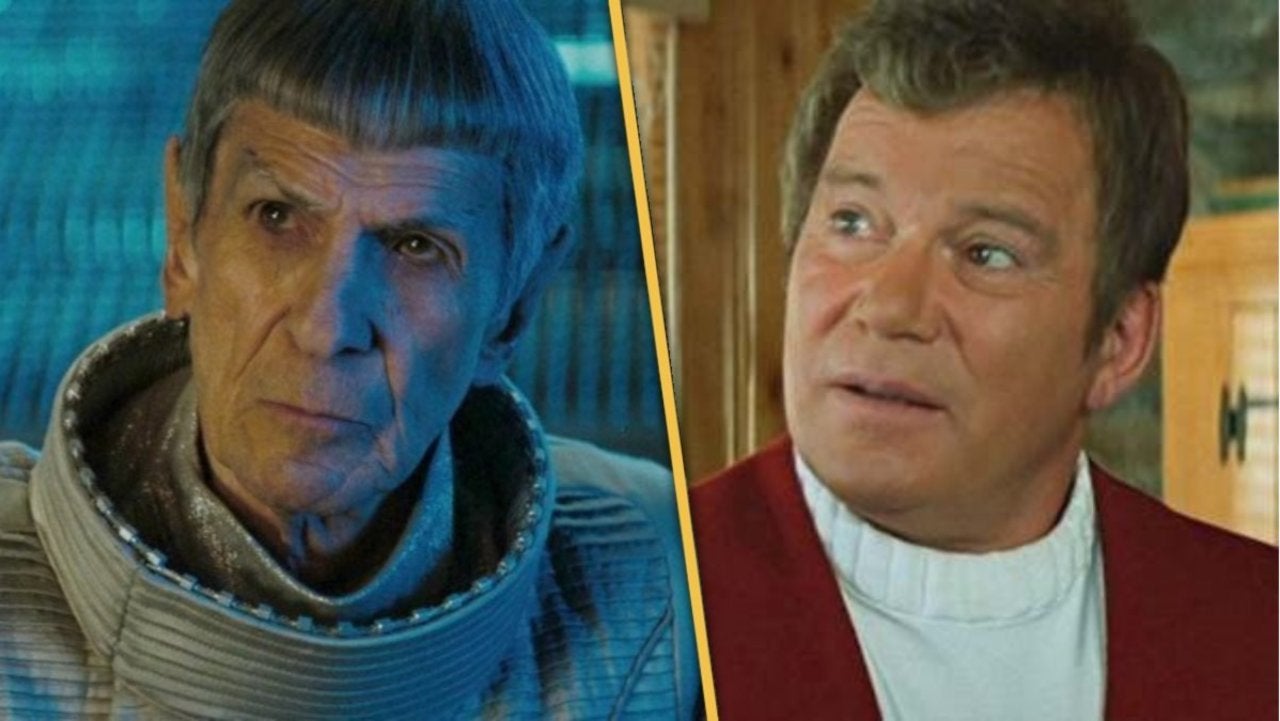 William Shatner wasn’t impressed with the Star Trek reboot movies’ use of Leonard Nimoy‘s Spock. J.J. Abrams directed 2009’s Star Trek from a script by Alex Kurtzman and Roberto Orci. Billed as a reboot, the film’s twist revealed that it took place in an alternate timeline created, inadvertently, by Nimoy’s Spock attempting to stop a supernova that would destroy Romulus. Spock ended up in the new timeline and met its version of Captain James T. Kirk, played by Chris Pine. Shatner did not appear in the film but has praised Pine’s performance. All the same, he feels like Nimoy’s appearance didn’t work for him.

“Leonard Nimoy was in some of those films, but it was totally gratuitous,” Shatner tells Express. “They just wanted to put Spock in there and I didn’t admire that.”

Shatner went on to clarify that he’s not opposed to appearing in the Star Trek reboot timeline himself. He just wants there to be a good reason for it.

“Y’know, Star Trek is a marvellous show. How it’s lasted all these years, why it has all these iterations, I don’t know,” he says. “I spend the time speculating why Star Trek has been and is so popular. In fact, nobody really knows. So I would be delighted to be a part of Star Trek if it was something worthy. If they could come up with a way of putting a character I played in a movie where it functioned as a point in the movie [and] made the movie move along, I’d be delighted.”

These comments echo a similar statement he made in 2020. At the time, Shatner said, “If they wrote it and it made reasonable sense then I’d love to [revive Captain Kirk]… I wouldn’t do a series. If the role was written properly and it wasn’t a cameo or gratuitous; being there just to show my face, I wouldn’t do that.”

In 2019, Shatner seemed skeptical of the idea of “resurrecting” Kirk after his death in Star Trek Generations. “That word, ‘resurrect.’ That’s a key word. Resurrect,” he told ComicBook.com. You’d have to resurrect me, Shatner, in order to do the daily. I don’t know what Patrick is doing doing that. Doing a series is debilitating for a young guy, for a 25-year-old, which I was doing when I was 25 years old. It’s a physical wrecker, it’s a mental wrecker, and it’s a homewrecker ’cause you’re working 14, 18 hours a day. And in the last series I did, Boston Legal, I had, in rush hour, a two-hour commute. So add that. So no, I would not be interested in doing a series, per se.”

What do you think? Let us know in the comments.