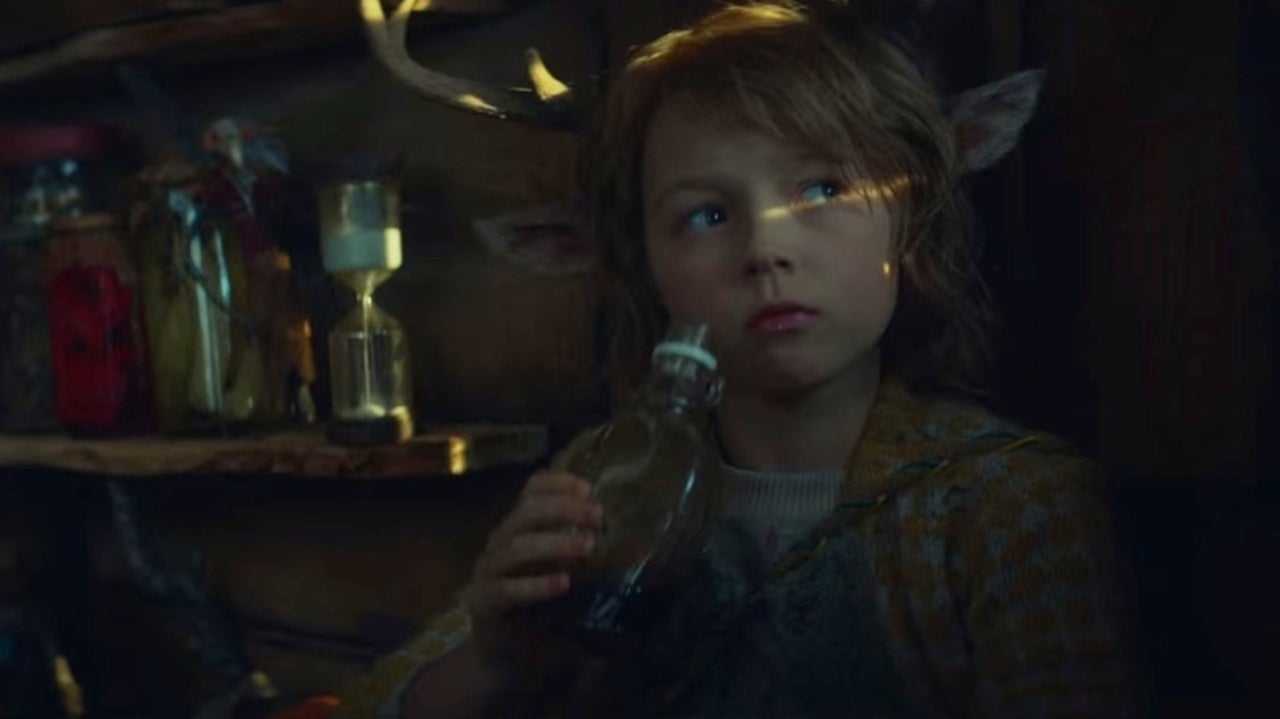 If you’ve watched just one episode of Netflix‘s Sweet Tooth so far you no doubt noticed that his titular interest in all things candy and sweet. The title is made very clear throughout the series as Gus eats chocolate bars and drinks syrup at every down moment, and the dentist for actor Christian Convery was no doubt excited to hear that. While speaking with ComicBook.com during the show’s press junket, we asked Convery what he was drinking on set as a substitute for syrup (assuming Hollywood would have something else in the bottle), but his answer was a surprise: “Syrup. Not going to lie.”

“It tastes really good,” he added. “And okay, let me tell you a funny story about this. So in between takes, after I drink the syrup, they’re like, ‘Surely he’s going to get sick of drinking the syrup.’ So, ‘Take small sips, Christian. Don’t drink the whole thing.’ I’m like, ‘Okay.’ I’m trying to hide myself from the camera while doing it, but they can obviously see me.” His co-star Nonso Anozie says he only had a taste, prompting a further recommendation from his young cohort.

Convery added, “Well, it’s really good. You should try it.”

The first season of Sweet Tooth is now streaming on Netflix and the series is already “Certified Fresh” on Rotten Tomatoes with a 97% approval rating. The series also stars Adeel Akhtar as Dr. Aditya Singh, Aliza Vellani as Rani Singh, Stefania LaVie Owen as Bear, Dania Ramirez as Aimee Eden, Neil Sandilands as General Abbot, Will Forte as Father, and James Brolin as Narrator. Netflix officially describes the series as follows:

Ten years ago “The Great Crumble” wreaked havoc on the world and led to the mysterious emergence of hybrids — babies born part human, part animal. Unsure if hybrids are the cause or result of the virus, many humans fear and hunt them. After a decade of living safely in his secluded forest home, a sheltered hybrid deer-boy named Gus (Christian Convery) unexpectedly befriends a wandering loner named Jepperd (Nonso Anozie). Together they set out on an extraordinary adventure across what’s left of America in search of answers— about Gus’ origins, Jepperd’s past, and the true meaning of home. But their story is full of unexpected allies and enemies, and Gus quickly learns the lush, dangerous world outside the forest is more complex than he ever could have imagined.