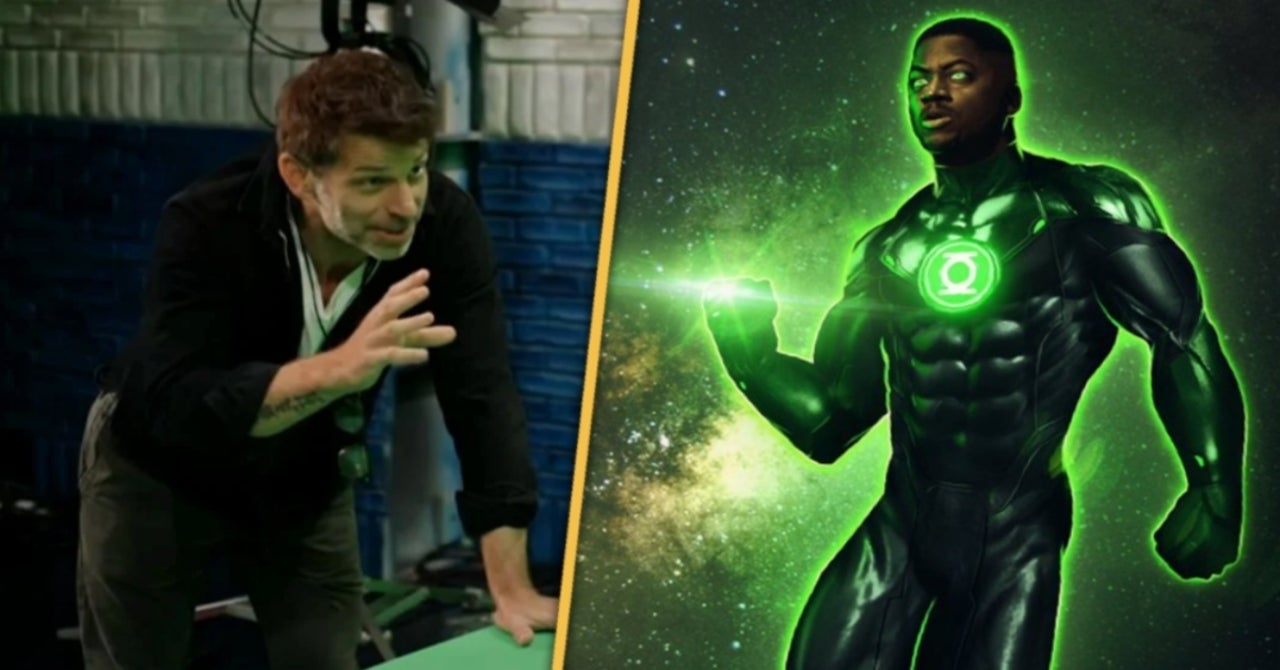 Zack Snyder reveals a “very serious fight” with Warner Bros. over the John Stewart Green Lantern (Wayne T. Carr) came close to canceling the Snyder Cut of Justice League. The filmmaker’s original plans for the director’s cut had Batman (Ben Affleck) encountering Stewart’s Green Lantern — making his live-action debut in the epilogue chapter to join in the looming fight against Darkseid (Ray Porter) — but the studio fought Snyder over existing plans to introduce the character in Green Lantern Corps. A compromise was reached, and it’s J’onn J’onzz (Harry Lennix), the alien shape-shifter called the Martian Manhunter, who meets Bruce Wayne without the Green Lantern.

“When we had this fight, I was like, ‘Guys, I don’t understand. We have this whole thing of the Multiverse, you have this whole like [universe], who cares?'” Snyder told Tyrone Magnus on YouTube. “I just think the right end of this movie is John Stewart, that’s the correct ending to happen. By the way, I don’t want to take anything away from Harry and away from Martian Manhunter, because it’s cool. Seeing him early and then seeing him at the end, its cool, it kind of completes his story. But it was always my intent to have John Stewart [meet Batman].”

The studio considers the 2017 theatrical version of Justice League to be canon with its ongoing DC Extended Universe, and WarnerMedia executives cast doubt on Snyder ever realizing his pair of planned-out sequels when it was decided the Snyder Cut completes the so-called SnyderVerse trilogy. Whether or not the studio follows through with Snyder’s plans for a Justice League 2 and 3, Snyder said it “just makes sense” for John Stewart, a cosmic protector and patroller of the planet, to unite alongside Earth’s league of heroes.

“Even if there’s no other movies, it would make sense for the movies to come that John Stewart would say, ‘The Green Lantern Corps is going to come fight with you against Darkseid because we need to do that. Your guys aren’t gonna make it without us. We’re powerful allies in this,'” Snyder said. “To me, it was like a no-brainer. But it was a very serious fight that I was in.”

Snyder shot the scene in his driveway without studio permission, recruiting stage and television actor Carr for the role. After concept art and a behind-the-scenes photo revealed Snyder’s Green Lantern, fans lobbied on social media with calls to #ReleaseTheGreenLanternScene deleted from Zack Snyder’s Justice League.

“To me, it wasn’t worth doing it to Wayne, like blowing up the whole movie — because it was that close — over it,” Snyder said of his fight with the studio. “And then have everyone be like, or have Wayne feel like, ‘Oh shit, I canceled the whole movie because Snyder wouldn’t budge.’ And I just felt like, ‘Okay, fuck it. I’m gonna just [let it go].’ And Wayne was great in the thing.”