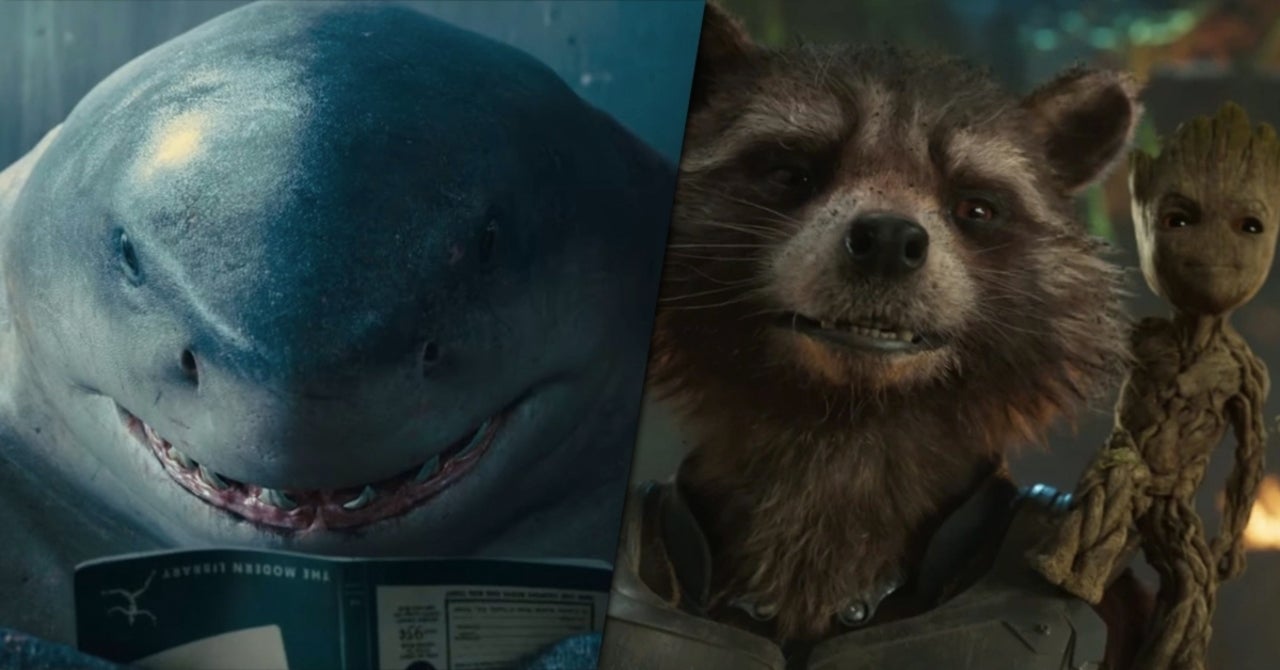 King Shark is one of the dozen or so new characters appearing in James Gunn‘s The Suicide Squad. The character is entirely motion capture and, as Gunn himself puts it, was much more difficult to capture the essence of compared to two of the filmmaker’s other beloved characters — Rocket Raccoon and Groot from Marvel’s Guardians of the Galaxy franchise.

While Rocket and Groot were tough to develop in their own right, King Shark’s complete lack of humanity was a hurdle to overcome when getting the character ready for the silver screen.

“He was actually harder than both Rocket and Groot to develop,” Gunn recently told Total Film. “Rocket was hard because it’s difficult taking an animal and turning it into a humanoid shape, but it’s five times more difficult to do that with a shark – it was a very, very painstaking process. And from a character standpoint he’s very different from those guys, because at the end of the day, with the Guardians, we know they’re good. That isn’t true of the Suicide Squad. King Shark is a fish and he eats human beings. He doesn’t have such a mammalian love for people. But he wants to belong and he wants to show that he’s smart. And he’s not.”

The filmmaker then touched on the risks of the feature. Any time you introduce an ensemble, you risk the script cutting things a bit too thin. Gunn made sure to point out The Suicide Squad is heavy when it comes to the characters, to make satisfying results for all involved.

“I think the bigger risks in the movie are not the giant walking starfish, nor the shark,” the filmmaker added. “A lot of the movie is first and foremost about the characters in a way I don’t think a superhero movie has ever been, and I think the small moments are much more revolutionary than the big, crazy stuff. And we go in and back and in and out of time, so the way we deal with time is very different for a mainstream spectacle film. Dealing with the softer moments, that’s really what the most dangerous aspect of the film is.”

The Suicide Squad will debut in theaters and on HBO Max on Friday, August 6th. Peacemaker is expected to debut on HBO Max in 2022. Rocket and Groot, on the other hand, can be seen in the first two Guardians of the Galaxy movies now streaming on Disney+.

These Games Taught Me to Love the Fremium Grind

Mike Ashley: Who is the founder of Sports Direct?