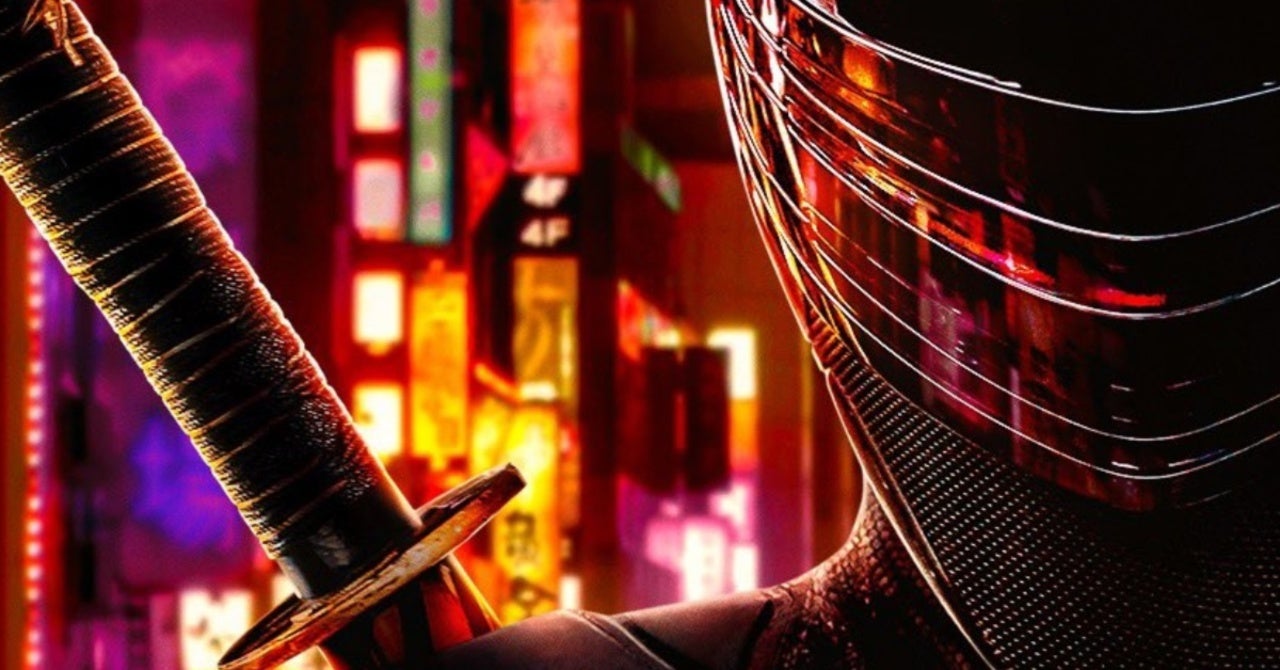 G.I. Joe fans have gotten a lot of good additions to the franchise lately, especially with regards to the beloved assassin Snake Eyes. Not only has the character factored into the Batman/Fortnite: Zero Point comic miniseries, but he is set to return to the big screen later this summer in Snake Eyes: G.I. Joe Origins. Ahead of the film’s newest trailer debut on Monday, Paramount Pictures has revealed a new poster for the project. The key art, which you can check out below, shows the titular assassin (played by Henry Golding) against a city street background.

“In this film, we pay homage to the classic lore that is G.I. Joe,” Golding previously explained to ComicBook.com. “But, of course, we updated it, together with Larry Hama, and created a brand-new start to the G.I. Joe universe.”

Directed by Robert Schwentke (The Divergent Series) Snake Eyes stars Henry Golding (Crazy Rich Asians) in the titular role, with Samara Weaving (Ready or Not) as Scarlett, Ursula Corbero (La casa de papel) as The Baroness, Iko Uwais (The Raid) as Hard Master, with Andrew Koji (Warrior) as Storm Shadow, and Steve Allerick as Snake Eyes’ father. Haruka Abe (Emerald City) has been cast in the film as well.

“It’s mind-blowing,” Golding previously told ComicBook.com of being cast as Snake Eyes. “It’s a character that we’ve all loved, that we’ve all pretended to be on the playground. We’ve all snuck around the kitchen closet, waiting to jump out at our brothers and sisters. It’s amazing to think that we’re gonna have a new generation of kids fighting to be Storm Shadow or Snake Eyes on the playground, and I love that idea. I truly believe that how Paramount has really focused on one character to build out the universe is the correct way. We need the groundwork. We need the structural integrity to build something awesome. And I think, with Robert Schwentke helming as director, he’s given this cinephile feel to this film. It’s not just an ordinary action film. There’s so much heart, there’s so much information that’s sort of given to you in breadcrumbs that you’re just left yearning for more.”

What do you think of the newest poster for Snake Eyes: G.I. Joe Origins? Share your thoughts with us in the comments below!

Snake Eyes: G.I. Joe Origins is set to be released in theaters on July 23rd.