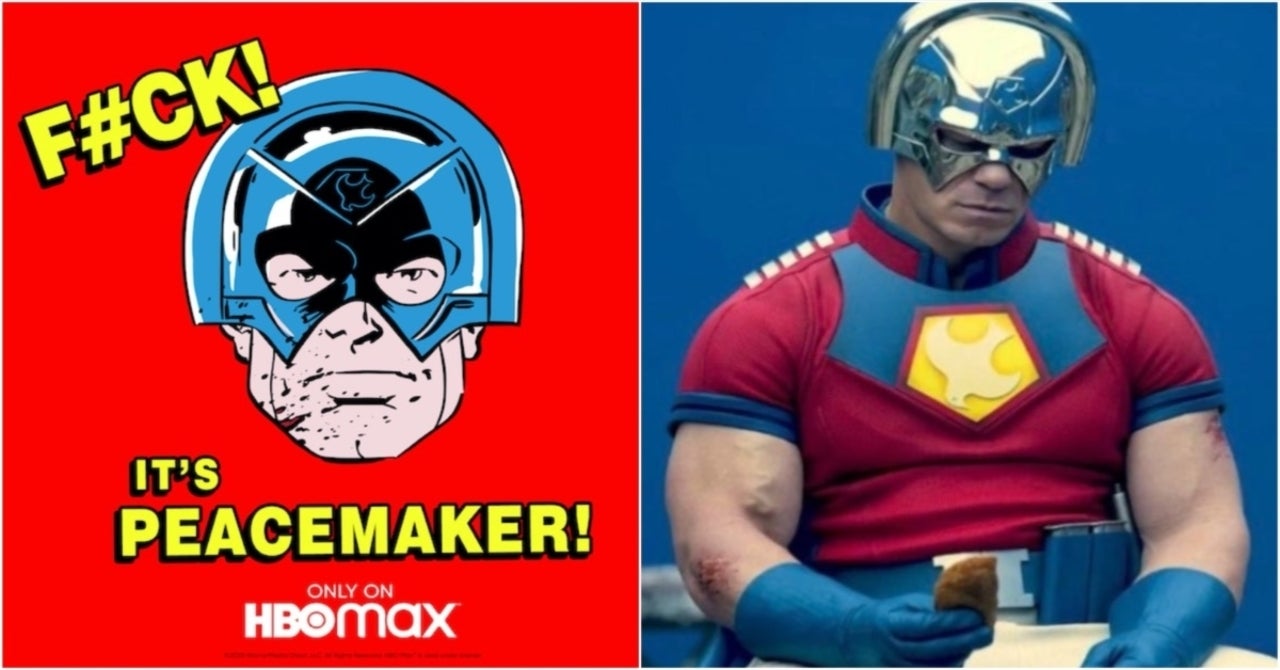 The Suicide Squad writer-director James Gunn says his television spin-off Peacemaker is about a “pretty rotten piece of sh*t” — and that’s exactly why he wanted to make the John Cena-starring series for HBO Max. The Guardians of the Galaxy filmmaker is a writer and director on the eight-episode series exploring the origins of Cena’s Christopher Smith, a master of weapons who is recruited to Task Force X in The Suicide Squad. Described by Cena as a “f*cked up superhero” who is so dedicated to peace that he’ll kill for it, the character will be at his sh*ttiest when he returns in Peacemaker on HBO Max in 2022:

“I was finished with a draft of Guardians 3 and I’m editing [The] Suicide Squad, but that’s starting to slow down,” Gunn told Total Film about the origins of Peacemaker, the DCEU-set spin-off officially announced by HBO Max last September. “I was like, ‘Oh my God, I’m going to be trapped in here [during coronavirus lockdowns] for another year before we start shooting Guardians! What am I going to do?'”

“So I talked to the folks at HBO about it, and they were like, ‘Hey, if you could do any character at all from Suicide Squad for a movie, who would you do?’ I said it would be Peacemaker, because he’s a pretty rotten piece of sh*t, and I thought he had more room to grow than some of the other characters,” Gunn added. “I wrote eight episodes in two months and [the story] hasn’t changed since then. The truth behind it is that I was just so miserable, I was like, ‘I’m going to be stuck here with my own thoughts unless I do something to get my mind off of it.'”

For Cena, who enters the DC Extended Universe in The Suicide Squad on August 6, there was no hesitation pulling the trigger on reprising his role in Peacemaker.

“James and [The Suicide Squad and Peacemaker producer] Peter Safran approached me and said, ‘We have this idea. We’d like to do a spin-off series about Peacemaker, would you be interested?'” Cena told Total Film. “I said, ‘You guys had me at, ‘We had this idea…’ I normally do a lot more due diligence, but James is the one individual that if he says, ‘Hey, I got this idea, I can’t tell you anything about it, but I need a yes or no right now,’ it would always be a yes.'”

Joining Cena in Peacemaker is Steve Agee, reprising his The Suicide Squad role as John Economos, Danielle Brooks (Orange Is the New Black) as Leota Adebayo, Robert Patrick (Terminator 2: Judgment Day) as Auggie Smith, Chukwudi Iwuji (Designated Survivor) as Clemson Murn, Jennifer Holland as Emilia Harcourt in a reprisal of her role from The Suicide Squad as the aide to Amanda Waller (Viola Davis), and Freddie Stroma (Bridgerton) as the violent Vigilante.

The Suicide Squad releases in theaters and on HBO Max on August 6. Peacemaker premieres January 2022 on HBO Max.